Gantley and Becky Wilson moved in April from Kansas to Tarrant County. Within 20 days, their newly-built home flooded. 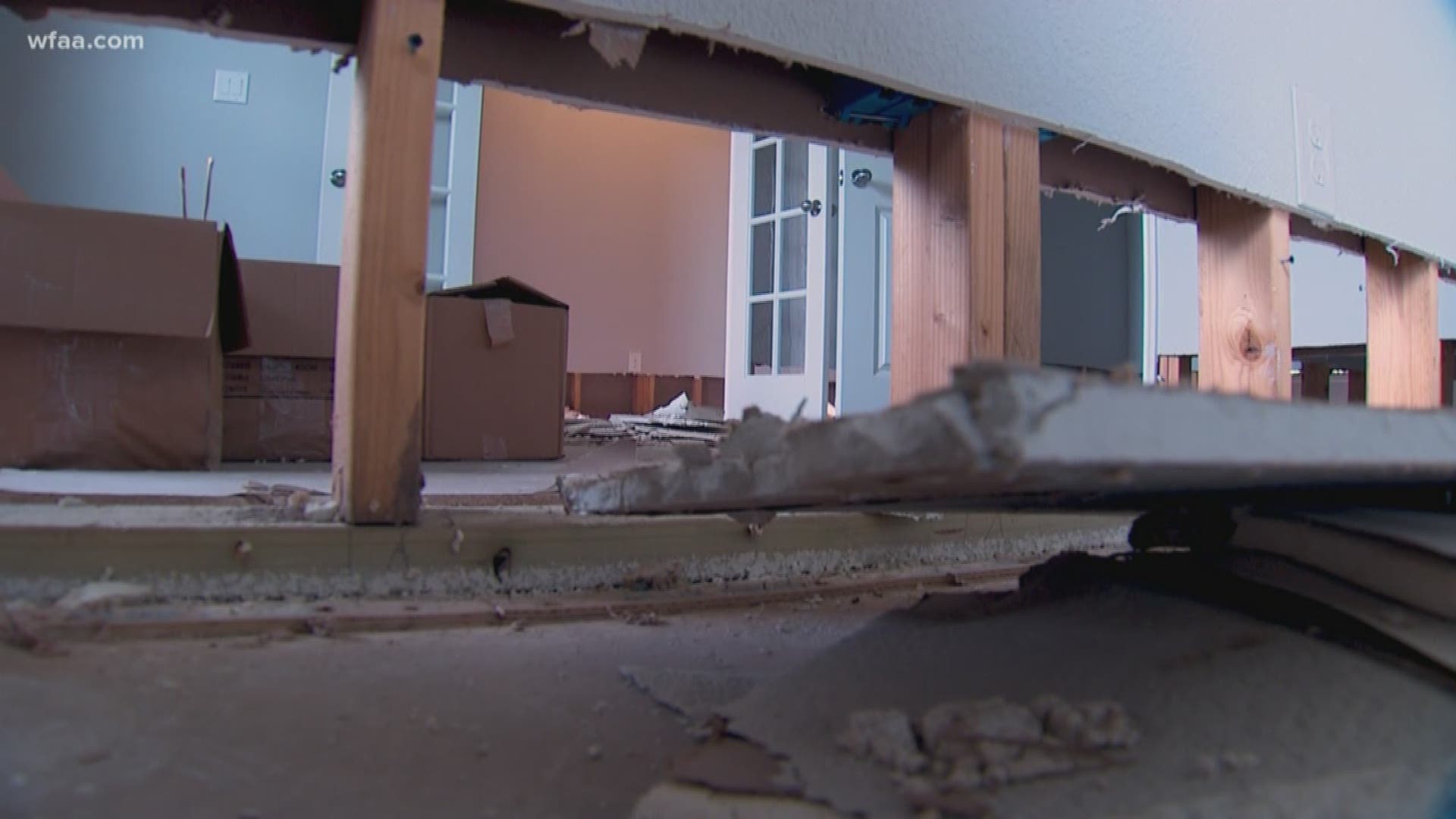 A Tarrant County couple is waiting for their nightmare to end months after they bought what they thought would be their dream home.

Gantley and Becky Wilson moved into their new home in April and, within 20 days, their newly-built home was flooded. The family relocated from Kansas.

“It was brand new, we were the first people to live in it,” Becky Wilson said. “We were excited the first few weeks we were here and then the floods came and since then it’s just been the stress of everything.”

Four months after moving in, their new home is not livable and the family is living with their three young children in an RV parked in their driveway.

Though the house was built next to a creek, the Wilsons the builder assured them flooding would not be an issue.

The couple has been struggling to pay their bills and make the repairs after the flooding. Their two cars were repossessed Wednesday morning.

WFAA reached out to the builder, Fort Worth-based Cheldan Homes. The builder and its attorney did not respond to a request for comment.

“Cheldan needs to buy their house back and take it back,” Becky Wilson said. “They need to put us right again to where we were at when we came here.”

Gantley Wilson said he feels helpless to fix the problem for his family.

"My job is to protect them, take care of them. And somebody else has done this because of their negligence and greed," he said with tears in his eyes.

Becky Wilson said buying the home "has caused our life to spin out of control."