A woman who claims to see religious apparitions in North Texas says she was possessed by demons after video evidence shows her fabricating a miracle in Argyle. 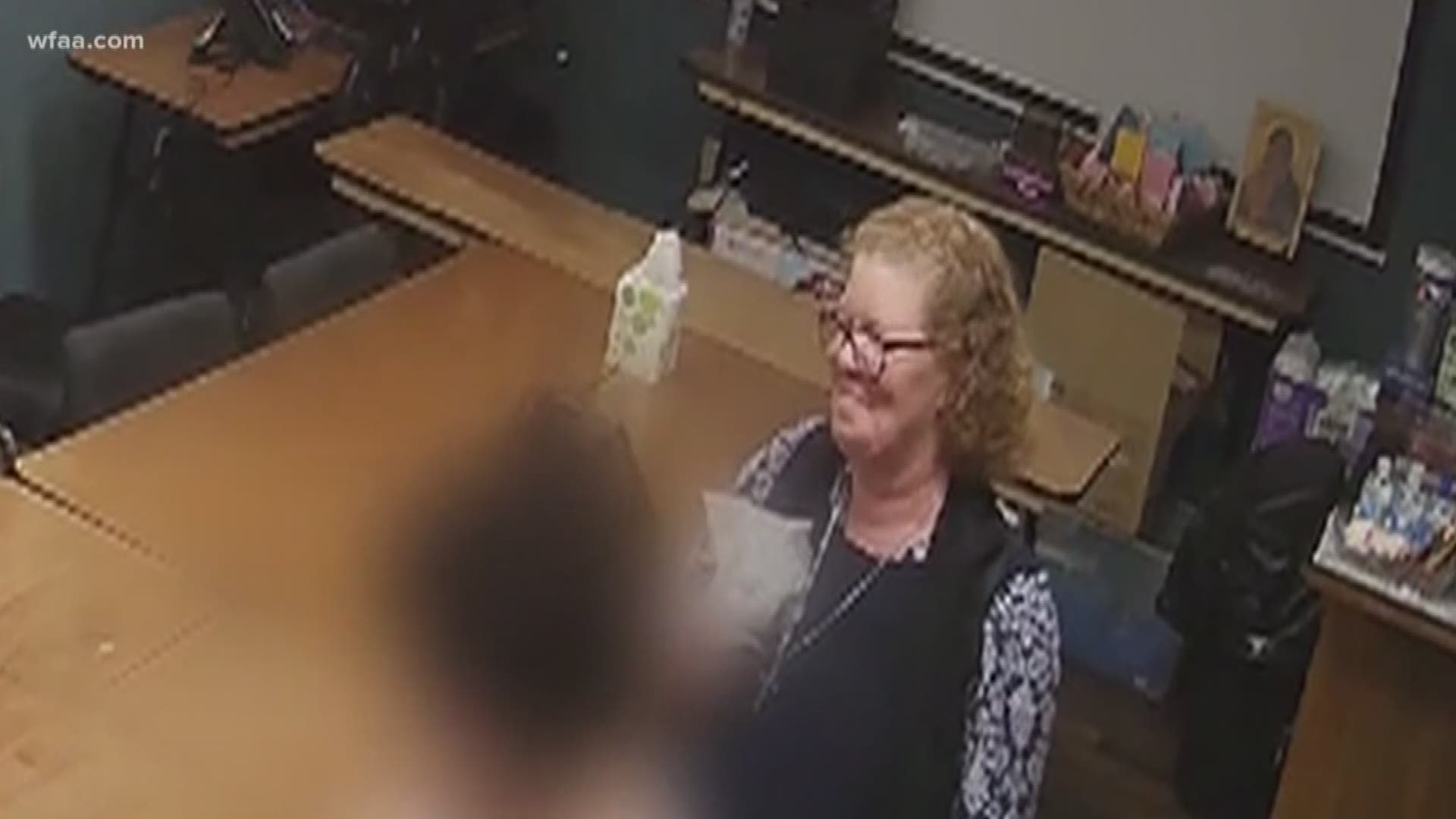 A North Texas woman now says she was possessed by demons after the Catholic Diocese of Fort Worth debunked her claim that she sees apparitions of the Virgin Mary.

The Catholic Diocese of Fort Worth published online video footage from security cameras showing the woman fabricating a miracle. The video shows the woman discreetly dropping a rose that she claimed miraculously appeared during a gathering at the Loreto House in Argyle, according to Bishop Michael Olson.

“It is my sad responsibility to inform you that, last week, the Diocese of Fort Worth received irrefutable evidence that these purported apparitions, messages, and miracles are in fact, a fabrication,” Olson wrote in a letter to the Catholic community this week.

A recent post on Our Lady Mystical Rose of Argyle, claims demons possessed the woman to drop the rose in view of cameras to discredit previous apparitions the site claims are legitimate.

“After a recent severe demonic attack in which demons influenced the visionary to act in such a way as to potentially discredit the messages, the visionary immediately sought the counsel of a holy priest and bishop who confirmed the deception as being of demonic origin and also gave assurance that the messages were authentic and of God,” the post reads.

The woman was visiting the Loreto House on July 27, with a group called Dry Bones Ministry, where several roses appeared in different parts of the building. She told participants the roses were a gift from the Virgin Mary, according to Olson’s letter.

The surveillance footage does not have audio but shows the woman dropping the rose. A few seconds later, others approach and take pictures with their phones. The woman returns smiling and gesturing, but it’s unclear from the video what she says.

“I regret any scandal that these false claims of “Mystical Rose – Our Lady of Argyle” have caused to the faith of the parishioners of Saint Mark Catholic Church, within the Diocese of Fort Worth and beyond,” Olson said.

The woman was scheduled to meet with the bishop Aug. 23 but canceled, according to a letter provided by the Diocese of Fort Worth. In the letter, the woman, whose name has been redacted, said she would be willing to meet at a later time accompanied by an attorney.

That attorney Philip Gray tells WFAA Olson has not contacted him, and says the presentation from the Catholic Diocese of Fort Worth is out of context.

"The bishop has made a rush to a public presentation without providing a proper investigation," Gray said.

The Diocese of Fort Worth has asked for the website to be taken down and remove any reference to the Diocese.