Her son died after collapsing on a football field. A year later she’s making sure it doesn’t happen again. 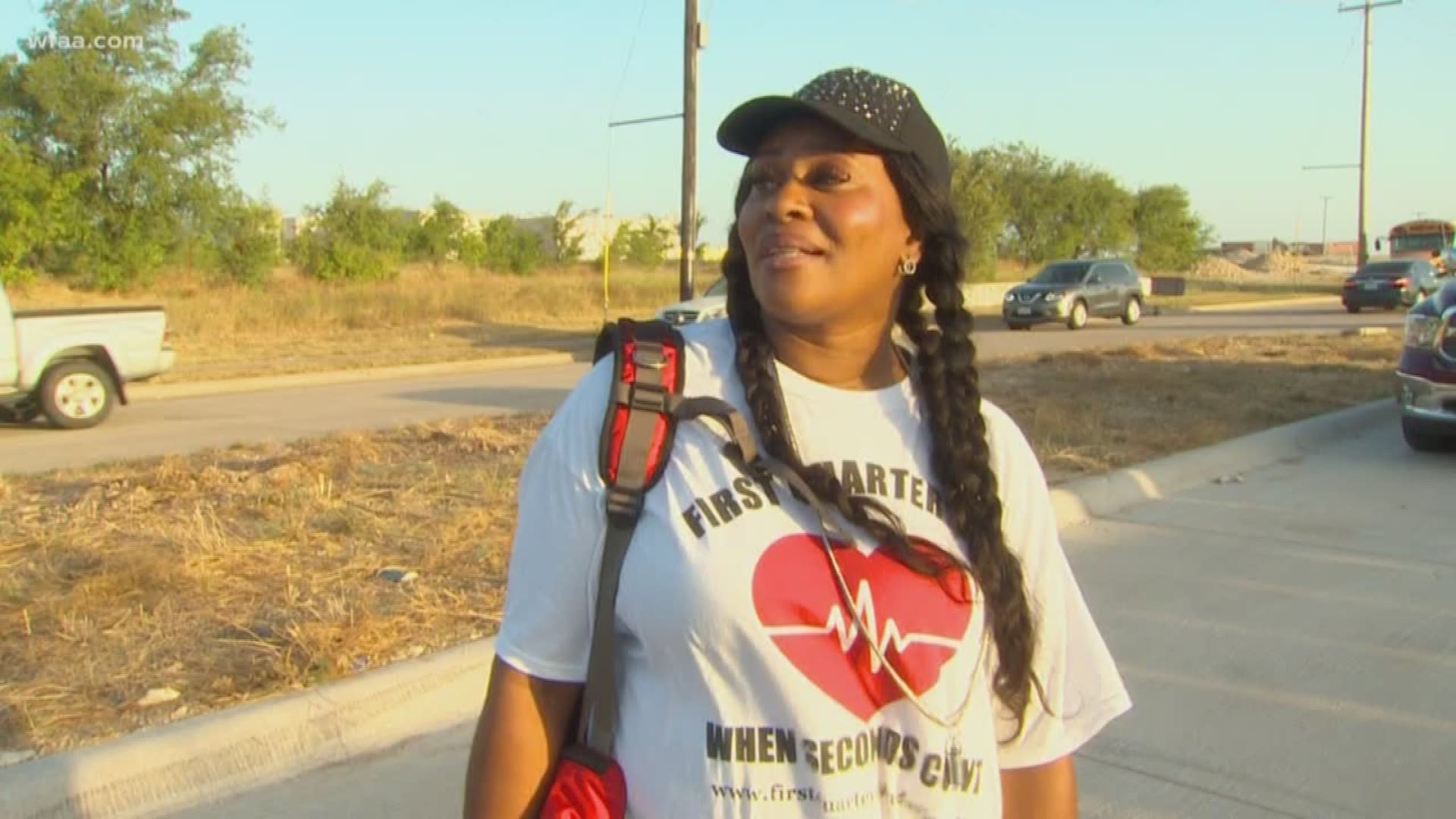 CROWLEY, Texas — A year after her son collapsed on a football field and later died, one Fort Worth mother is making sure more parents don’t suffer the way she did.

“This is where it all happened,” said Monica McBride-Debbs at Summer Creek Middle School Thursday. “Kyrell, this is for you.”

She stared into the distance near the same field where Kyrell collapsed during football practice a year ago. He later died at the age of 13.

The medical examiner’s office ruled Kyrell’s death undetermined, but for his mother, a lack of answers didn’t mean a lack of purpose.

She’ll never know for sure if more equipment or training could have saved her son, but she founded 'The First Quarter Foundation' in his honor.

Through donations, she purchased 15 automated external defibrillators and donates them to area businesses and organizations. She also trains recipients how to use them and how to perform CPR.

Most days she spreads the message around town, but on Thursday she returned to where she lost Kyrell, with signs, and a truck plastered with images of the young athlete, speaking to parents and neighbors.

“I’m glad to hear we’ve got people involved like you,” Stephen Baldwin told McBride-Debbs. “I hate to hear what happened to your son, but you never know how God is working in the background.”

Several neighbors came up to inquire about AEDs and congratulate McBride-Debbs for finding grace in her grief.

“It’s a great example,” Kendrick Releford said. “It’s something that she doesn’t want to happen again.”

McBride-Debbs met them back with a smile, a handshake and a reminder.

“We don’t want to bury our children,” McBride-Debbs said. “We can make this world a better place by saving kids, saving lives.”

Click here to learn more about The First Quarter Foundation.