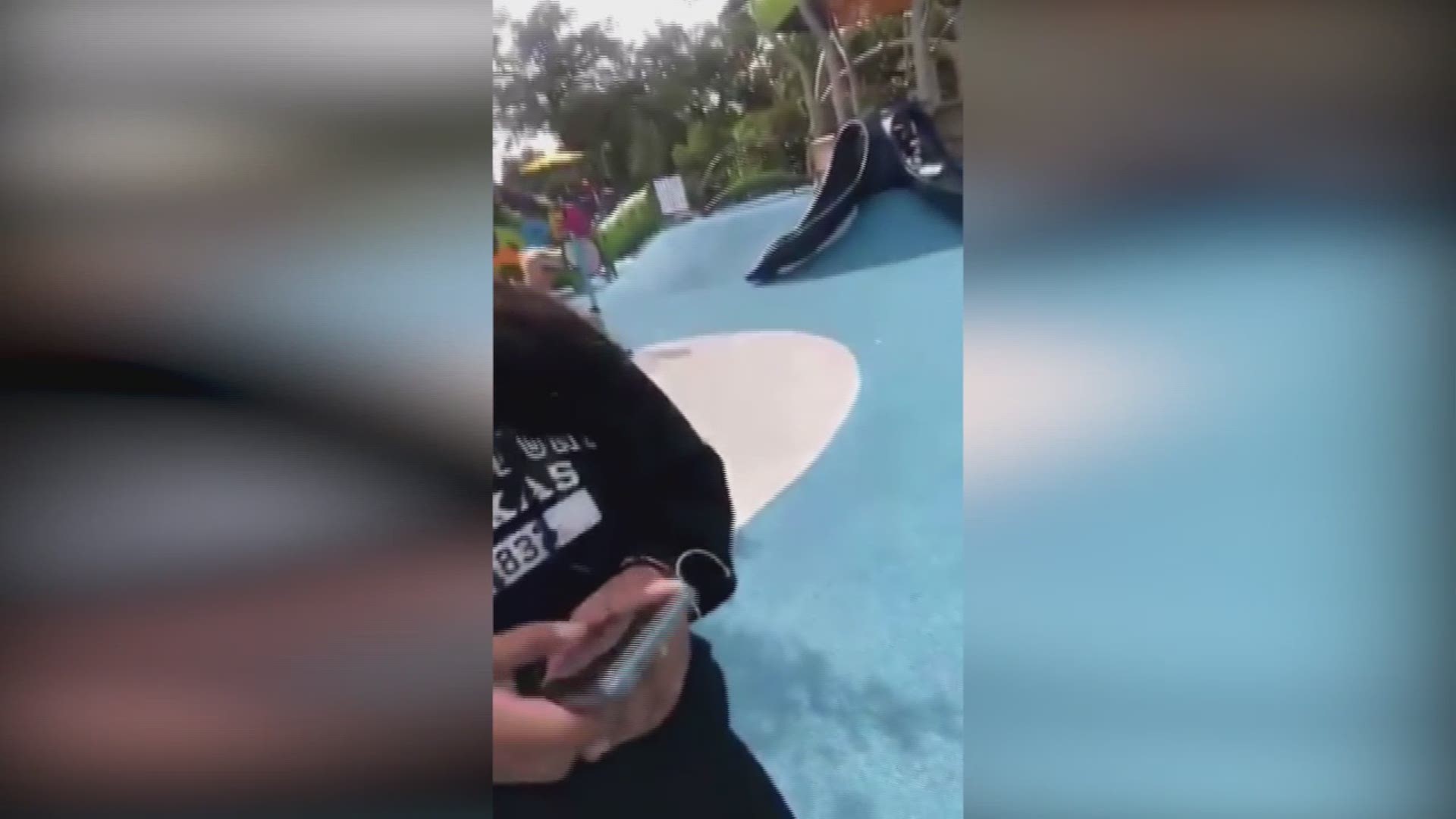 FORT WORTH, Texas — The woman seen by millions in a viral video showing her claiming to be an officer and threatening to arrest a group of teens last week is in the Tarrant County Jail facing a charge of impersonating a public servant, jail records show.

Fort Worth police issued an arrest warrant for Samantha Louise Eley, 39, Wednesday. She was already in custody, after being arrested Monday for violating bond on a previous offense for assault with bodily injury.

In the expletive-laden video posted to Twitter last week, you can see Eley approaching a group of teens at Dream Park in Fort Worth on Oct. 17. She yells that she is “PD” and threatens to arrest them if they don’t leave.

Dream Park is free and open to people of all ages and abilities, according to the park’s website.

After the video went viral, some on the internet dubbed her "Swing Set Sally." The video posted to Twitter has more than 5 million views and more than 42,000 retweets.

Last Thursday, Fort Worth police said they were investigating the incident.

“It has been confirmed this person is NOT a FWPD officer, but a possible local resident,” the police department tweeted. "We are actively investigating this incident or several potential criminal charges including Impersonating a Public Servant and Disorderly Conduct.”

Eley does not hold a license with the Texas Commission on Law Enforcement, according to the arrest warrant.

Eley refused to be interviewed, the arrest warrant said.