Elderly veteran who was evicted in Fort Worth may get home back, officials say

Billie McGruder, 79, was evicted from his home at 1009 Marion Avenue after the house had been auctioned off by the county due to thousands of dollars in overdue taxes. 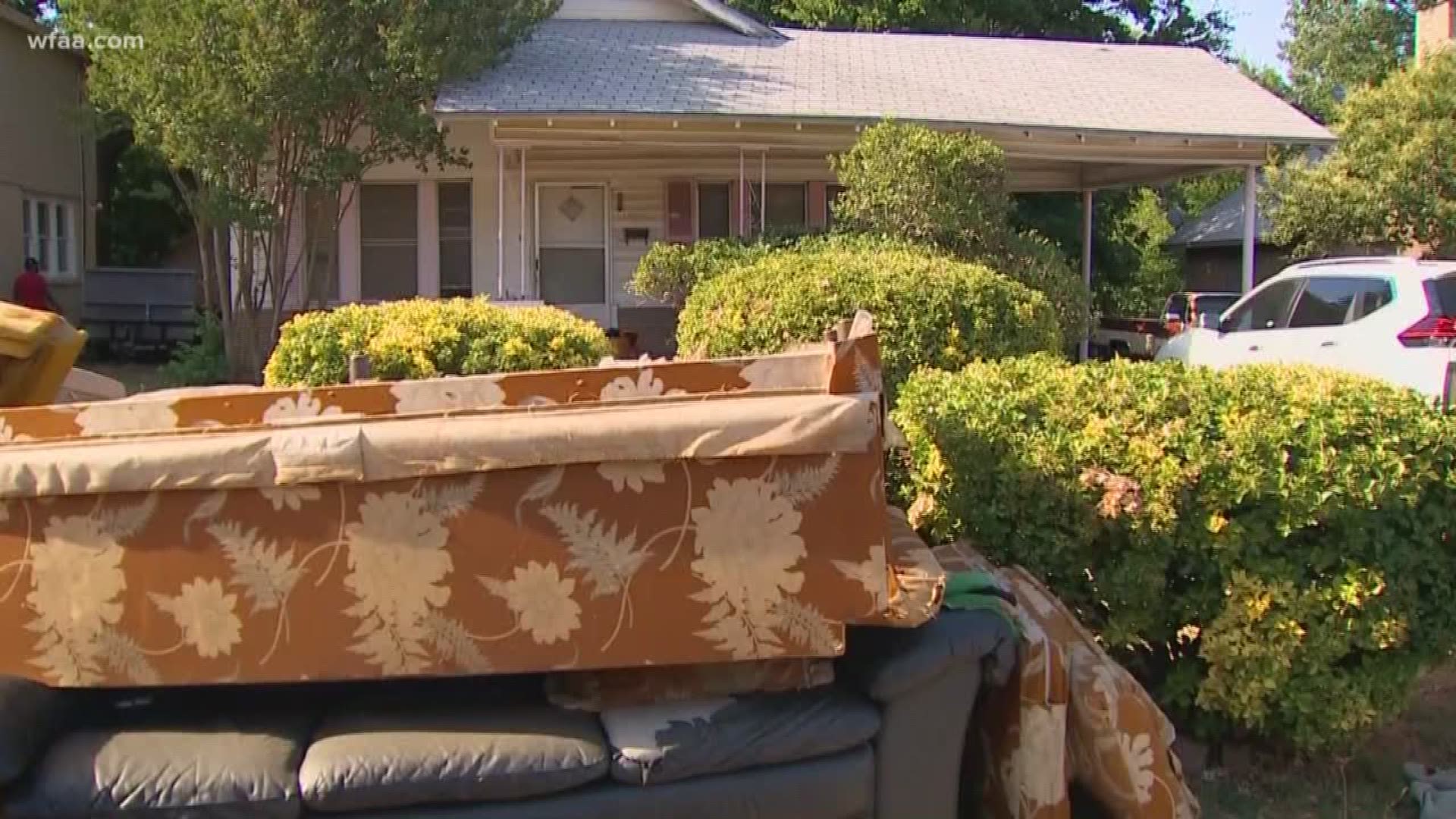 An elderly Fort Worth veteran may be able to return home again after he was evicted last week from the house where he had lived for decades.

Billie McGruder, 79, was evicted from his home at 1009 Marion Avenue. His house had been auctioned off by the county due to thousands of dollars in overdue taxes. But on Monday the Tarrant County Tax Assessor-Collector and State Senator Konni Burton said that the new owner has agreed to reverse the sale.

"He will back out of the sale, and so now, the home can go back to Mr. McGruder," Burton said.

While they say the eviction and auction happened by the book, Mr. McGruder's case has shed a light on shortcomings in the process. He is elderly and friends and family say he is suffering from dementia. He does not appear to know his own age, and many believe he needed more help navigating his tax issues.

Tarrant County Tax Assessor-Collector Ron Wright said McGruder never filed for an over-65 exemption before the auction. If he had, his taxes would have been deferred indefinitely and he never would have been taken to court or evicted. Wright said that paperwork requesting a homestead exemption was only received by his office on the day of the sale.

"It's frustrating, it's aggravating, it's sad," Burton said about the situation.

State Senator Burton said she is working with Wright to discuss potential legislative solutions that could help people like McGruder.

"Ron and I are already talking about how we can prevent this from happening in the future, so we're looking at legislation right now, talking about it," she said.

On Monday veterans organizations got together to help move Mr. McGruder's belongings into a temporary storage unit. A crew from Dallas-based Veterans R Moving Us came to his old home to pack up what was left on the yard. They transported it to a storage unit that's being paid for by an organization called Feed A Million Veterans.

"He shouldn't be in this predicament right now," said Verna Owens with Veterans R Moving Us. "Somebody should have had their eye on him."

McGruder's family called the news that he will likely get the home back "amazing." They say he is staying with extended family for now, and that health issues may mean he shouldn't live alone again. The house is in need of extensive repair before he could move back in, family member said.