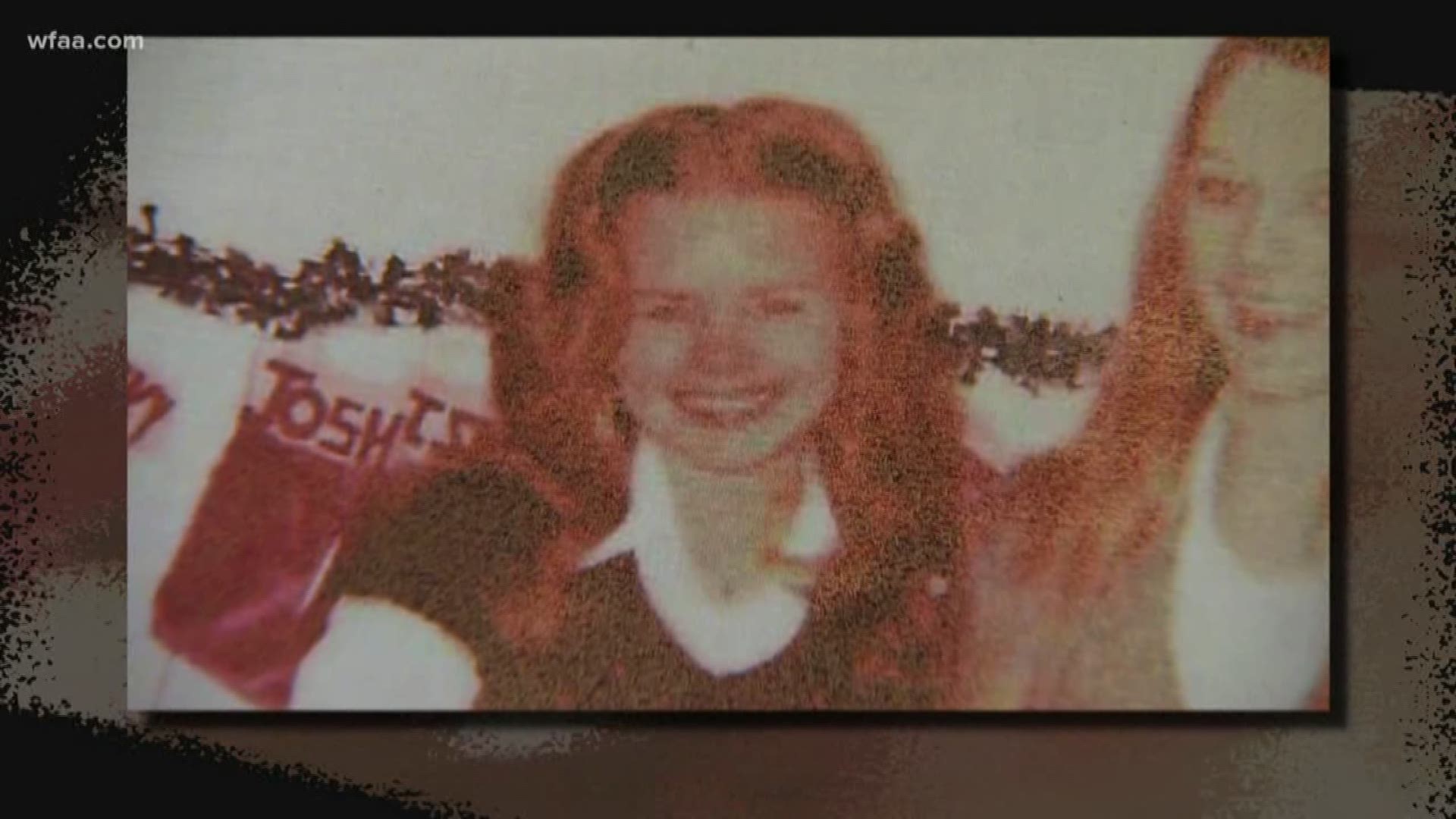 FORT WORTH, Texas -- Every year on Valentine's Day week, the pain and anguish of a decades-old mystery resurfaces for Jim Walker and his family.

In February of 1974, his 17-year-old sister, Carla Walker, was violently kidnapped from the parking lot of a south Fort Worth bowling alley.

Her body was found a few days later near Benbrook Lake.

"Ya' know, I was 12, Carla was 17. The world lost something precious," Jim told WFAA in a recent interview.

The case has become one of Fort Worth's most talked about cold cases, although attention has faded over the years.

Detectives who worked it during those initial hours and days are now retired or passed away.

"But I'm not going away. All those footsteps in the dark, we're still coming," said Jim.

Another man who has tried to get answers over the years is the same one that was in the car when Carla was taken.

Rodney McCoy was only 18 that February evening. He was Carla's longtime, high-school sweetheart and the pair were hanging around spots on Benbrook Highway after a Valentine's week dance.

They stopped at a bowling alley, so she could use the bathroom.

"She was such a sweet girl," said Rodney. "I remember we were in the front seat of the car. Her back was against the passenger door. She was falling out. I went to grab her, and he started beating me over the head with a pistol."

Jim said the next few days were filled with agony for the family.

When her body was finally found in a culvert near the lake, emotions turned to finding who was responsible.

"I can say I can forgive this person, but we need justice," said Jim.

Leads and possible suspects during the past 44 years have all ended up at the same conclusion: no resolution to the case.

One man, Jimmy Dean Sasser, was indicted for Carla's murder later in the 1970's, according to court records. The charges were dropped when he recanted a confession.

Other names have surfaced, too, but no one else was ever arrested.

"It was said and done in a matter of seconds," said Rodney, who himself underwent polygraph and DNA tests, which showed he wasn't involved.

The unit recently had a big breakthrough in an unrelated case from some 30-plus years ago, thanks to even further advancements in DNA technology.

The Walker's hope any focus on cold cases in the Fort Worth area can help raise awareness for what families endure when there are so few answers.

"I hope no parents or family ever go through this," said Jim.

Fighting back tears, he recalled the pledge he gave to his mother as she passed away. "There's a promise I made my mom. I'm never giving up. Never," he said.

Anyone with any information on the case can contact Fort Worth police here.