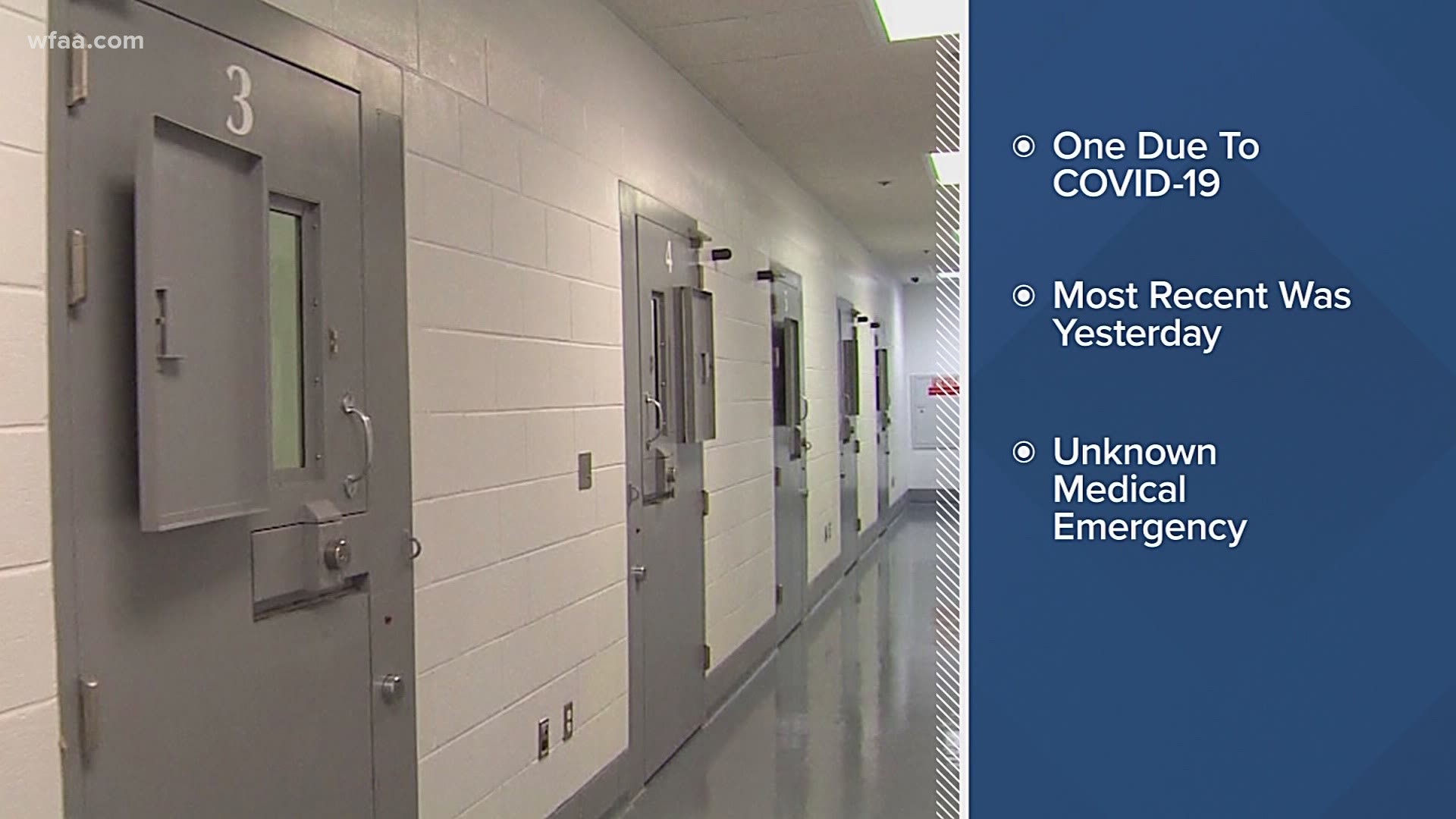 FORT WORTH, Texas — Updated at 5:20 p.m. with additional information from the sheriff's office.

The inmate, 34-year-old Andre Wilson, was taken to JPS Hospital, where he died around 5:30 p.m. after "life-saving measures were taken," officials said.

The Texas Rangers are now conducting an investigation into his death because the medical emergency occurred while Wilson was in custody.

The Rangers said in a release they were investigating at the request of the sheriff's office, but no additional information was available as the investigation is active.

The sheriff's office did not release any additional information about the inmate's death.

He is the ninth Tarrant County jail detainee to die in custody this year, according to the Tarrant County Sheriff's Office, and the second to die in September, the Fort Worth Star-Telegram reports.

"That is a lot. And it’s something that I know the sheriff is concerned about,” Judge Glen B. Whitely said. “But I believe that the sheriff has done a very good job of keeping our jail as free of COVID as possible.”

There are just under 4,300 inmates currently at the jail, the sheriff's office said.