Driver faces DWI, evading arrest charges after SWAT incident on I-20 in Dallas

Interstate 20 has been fully reopened in both directions after aerial footage showed officers take one person into custody. 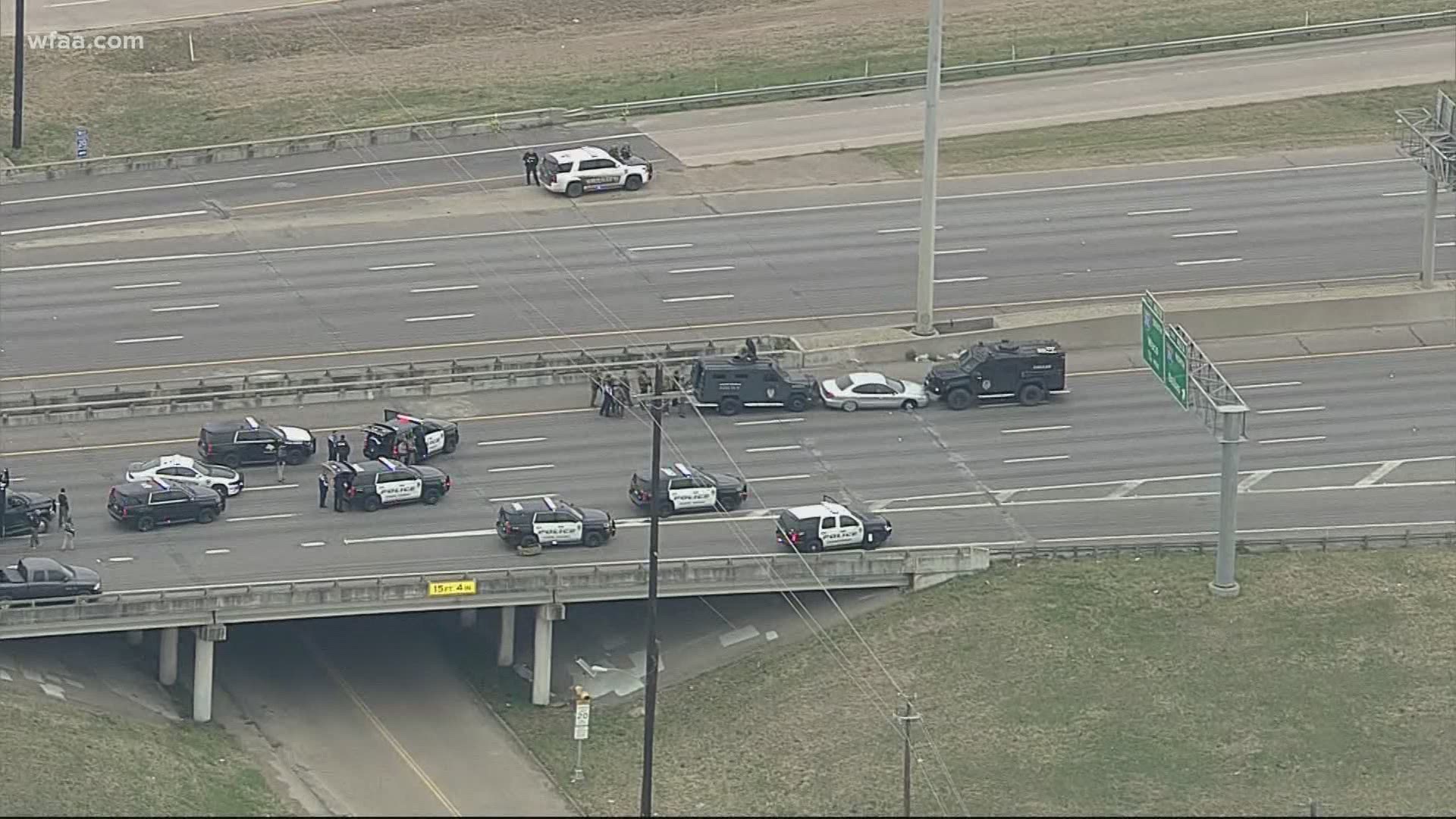 Updated at 6:29 p.m. to include information on arrest.

A Dallas man faces charges of evading arrest and driving while intoxicated after a chase ended in a standoff on Interstate 20 Friday morning, Grand Prairie police said.

Christopher De La Rosa is being held at the Grand Prairie Detention Center. There were no other occupants in the vehicle.

At about 9 a.m., an officer saw a car driving with a blown-out tire, driving on the rim of the vehicle on the frontage road of I-20 near Great Southwest Parkway, police said. Believing the driver may be intoxicated, a traffic stop was initiated and the driver fled from the officer.

The driver eventually stopped in Dallas on I-20 at Polk Street near I-35E where he refused officer commands to exit the vehicle, police said. Both lanes of I-20 and I-35E were temporarily shut down due to fear for the safety of the officers and the public.

Armored vehicles were used to pin the vehicle to prevent it from further endangering the public while they continued negotiations, police said. The driver surrendered shortly after.