Their neighborhood was annexed six years ago but remained private property. Now the operator of their well says he’s turning it off in days. 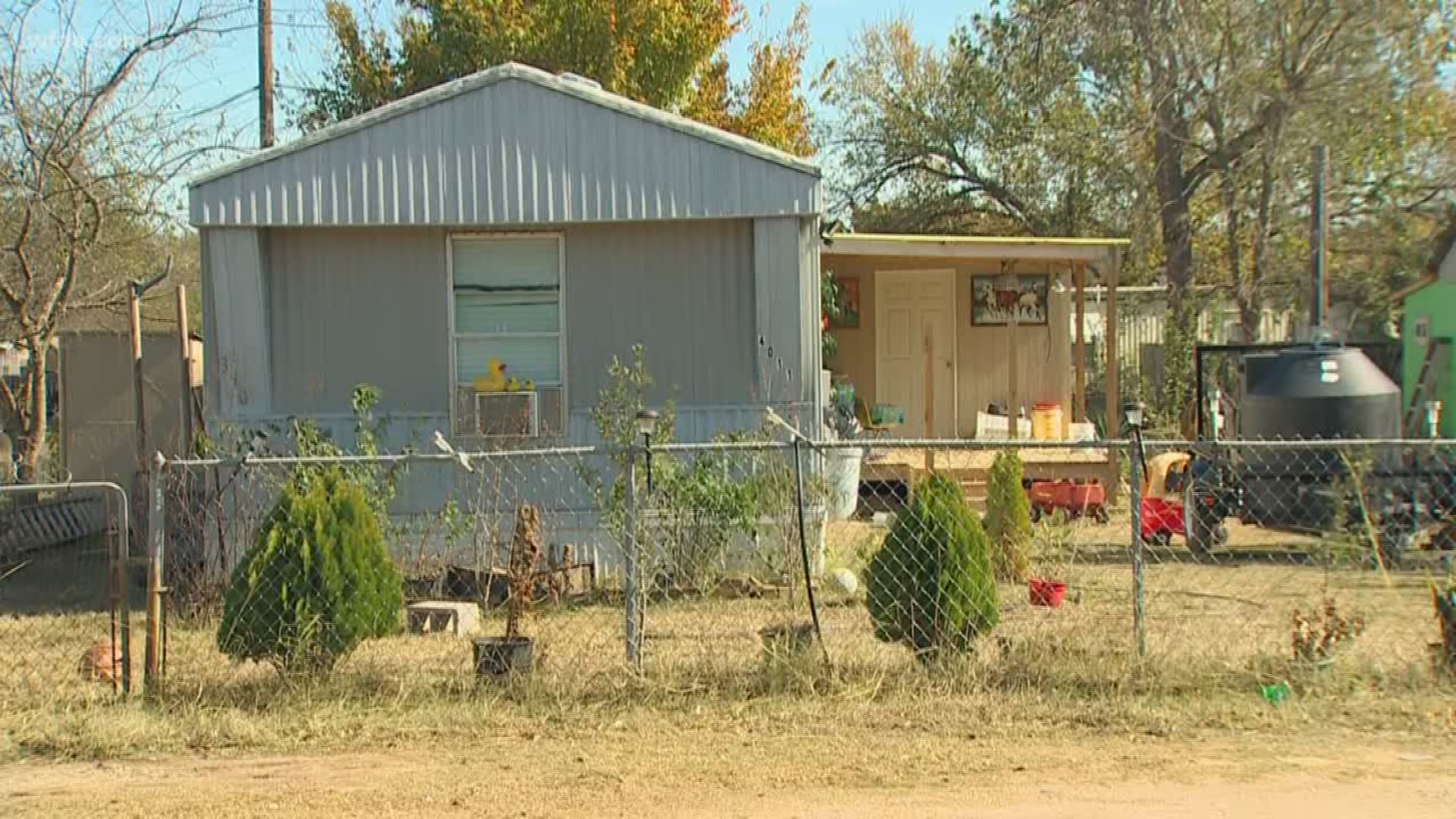 DENTON, Texas — They are Denton residents and pay city taxes, yet the dirt roads they live on are almost impassable, and they call their water undrinkable.

While the water quality in the Green Tree Estates has been questionable, at least it was available. But now, residents of the low-income neighborhood will lose water service on Friday.

“It’s very difficult, very frustrating and very ironic that we are paying taxes and we don’t know who is supposed to help us and who is going to provide a solution for us,” said Edna Guajardo, a resident of the Green Tea Estates, through a translator.

Green Tree Estates relies on a privately-owned well for water.

An estimated 50 people live in the neighborhood of mobile homes. The families are almost all Hispanic. Few speak English.

The city of Denton annexed the neighborhood six years ago, but the City says the land remained private property and the landowner was supposed to install infrastructure to connect to the water supply.

“There were several steps that had to be followed,” Ken Banks, general manager of Denton’s water utilities, told city council members on Tuesday. “The owner performed none of these actions.”

Now that landowner has warned the residents and the city that he is shutting off the well on Friday.

The City could use emergency funds to bring in temporary tanks or portable showers and bathrooms.

“The City is going to look at every avenue we have to make sure when their water is cut off that we can give them something,” said Ryan Adams, deputy director of public affairs for the city.

Because the land remains private property, options for the city are limited, and a permanent fix could take months or years, which sounds much too long when you are losing water in days.

“We are deserving of the same services that everybody else has,” she said.