“I remember seeing the doctor reading my cat scan and his face said it all. Something had gone terribly wrong,” said Emily Nalepa. 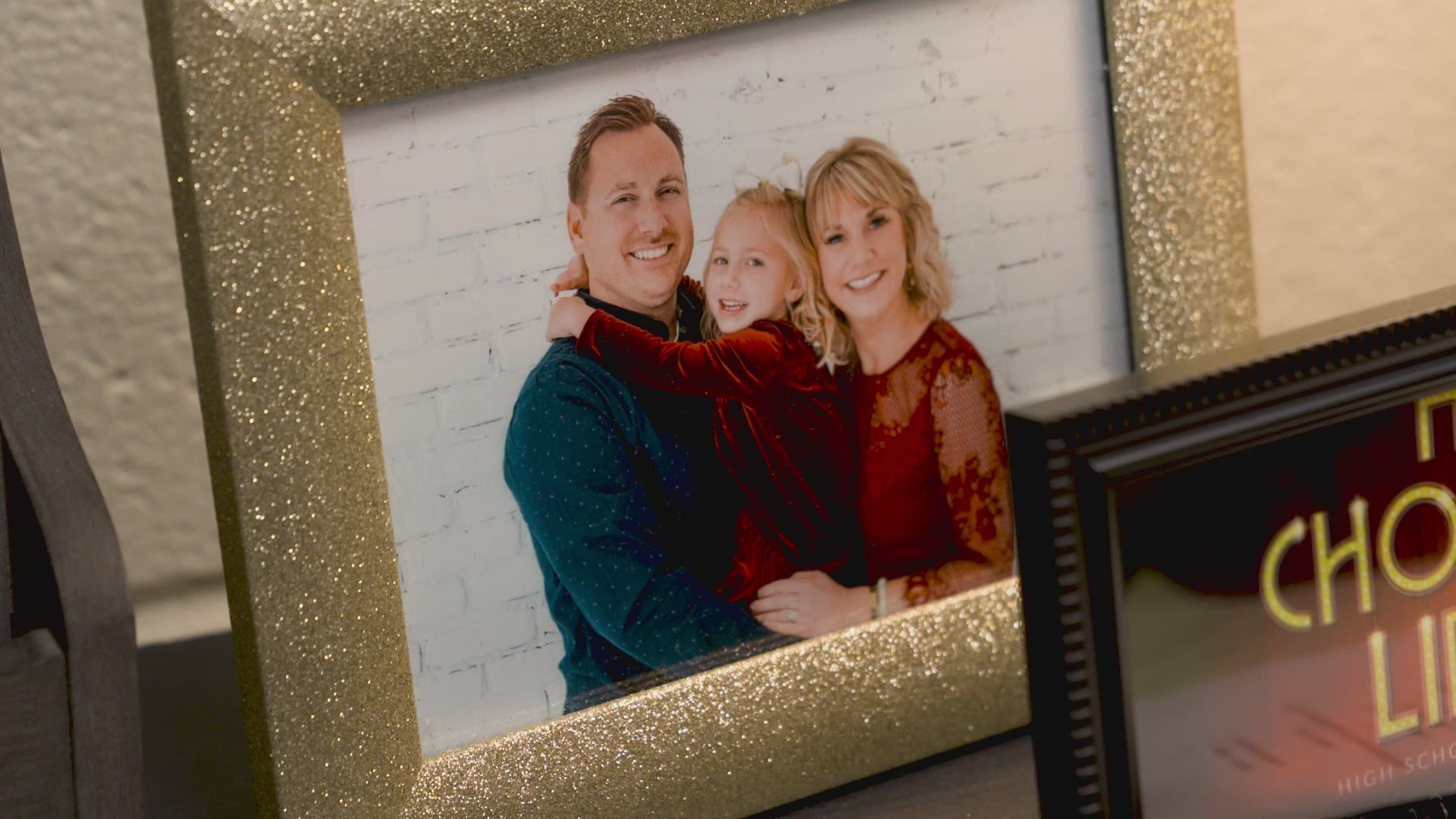 GRAPEVINE, Texas — It was one of the final days of a long school year.

“She’s the best teacher,” a student called out as he passed Emily Nalepa’s classroom at Grapevine Colleyville High School.

“You’re just saying that because you want me to pass you,” she replied with a laugh and a smile.

Emily teaches theater, so she has a flare for drama. But not the kind of real-life drama that almost ended two lives.

“My husband and I were at Walmart,” Emily recalls.

She was seven months pregnant and they were shopping for baby items.

She suddenly felt hot and dizzy. Then her right leg collapsed under her.

“I couldn’t move it. I couldn’t feel it,” she remembers.

A strange ache from the back of her neck to the top of her head began right before she lost movement in her right arm.

Credit: Emily Nalepa
Emily Nalepa underwent intense physical therapy after she suffered a stroke when she was seven months pregnant.

Her husband rushed her to Baylor Scott and White Medical Center in Grapevine.

“I remember seeing the doctor reading my cat scan and his face said it all. Something had gone terribly wrong," she said.

Emily was having a stroke.

She was flown by helicopter to Baylor Scott and White in Dallas for critical care.

Because of her pregnancy certain clotting treatments normally used on stroke patients were not an option.

But, thankfully, Emily and her unborn daughter survived.

She spent weeks undergoing intensive therapy – her baby bump on full display as she learned to walk again.

Therapists wrapped a stuffed animal in blankets and weights to help her regain strength in her right arm so she'd be ready to hold a newborn.

On the morning of February 5, 2015, Emily graduated from in-patient rehabilitation.

That afternoon, she gave birth to a healthy baby girl.

Six years later, she still wears a brace on her right leg to correct a limp. It's the only lasting sign of what she survived.

It's not only a lesson in perseverance for her students, but it's also a conversation starter.

“When I tell people, their jaws drop because they’re surprised a stroke happened to someone so young,” she said.

But Dr. Robin Novakovic-White, associate professor of radiology and neurology at UT Southwestern Medical Center, says 10 to 15% of all strokes occur in people under the age of 44.

“A reason why I think people miss it is there’s often no pain associated with it,” Novakovic-White said.

Novakovic-White and the American Stroke Association say knowing the warning signs and acting upon them are critical to a stroke patient’s survival and recovery.

They use the acronym BE FAST – Balance, Eyes, Face, Arms, Speech and Time – as a reminder.

Novakovic-White said loss of balance or dizziness, loss of vision, a drooping face, numbness in an arm, and slurred speech are important warning signs to act on.

Novakovic-White says strokes are more prevalent in women than men. In fact, it's the fourth leading cause of death in women and pregnancy-related conditions such as high blood pressure or gestational diabetes increase a woman’s risk.

But across all genders and ages, blood pressure is one of the most common risk factors that can be controlled.

“About 80% of strokes and heart disease could actually be prevented if people are controlling their blood pressure,” Novakovic-White said.

“She knows mommy had an injury and when the time is right, we’ll tell her everything,” she said.

Emily celebrates her “strokeaversary” every December 14 by getting together with friends, family, and loved ones who helped her on her journey.

“We don’t get sad about it,” she said. “We celebrate living again.”