Scooter commuter: Someone thought crossing 5 lanes of I-35 in downtown Dallas was a good idea

It was Monday morning, just before 9, when a Dallas driver caught a completely unexpected sight on his dash camera that later went viral. 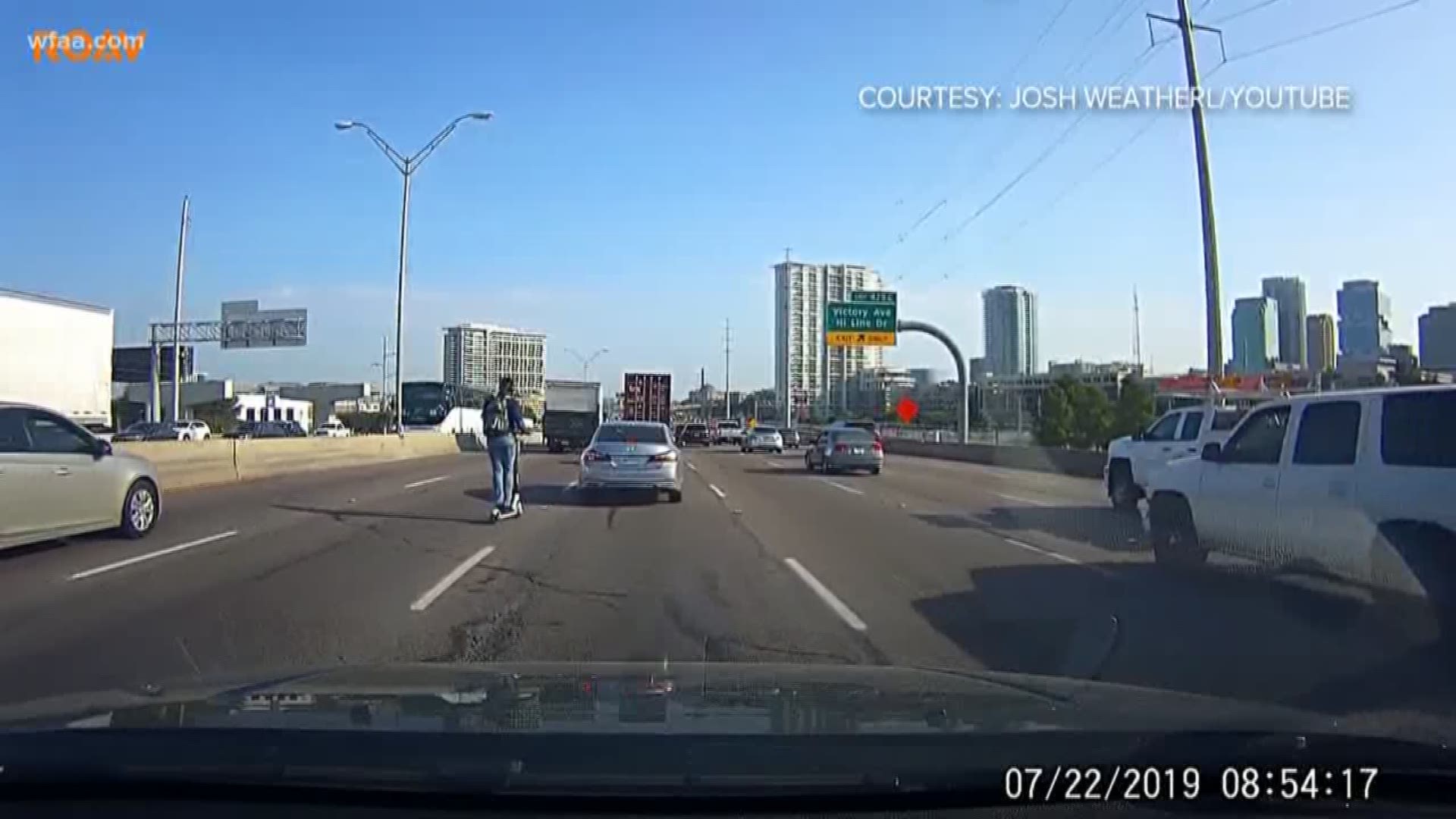 DALLAS — Another Monday, another morning commute. At least, that's what drivers on Stemmons Freeway might have been thinking before they saw a man on a scooter riding alongside them in the lanes of the major highway.

Watch the video and see if your reaction is in line with Joshua Weatherl's, who captured it all on his dashcam.

"Yeah, I was not expecting to see a scooter in the left lane," he said. "And it was hilarious, honestly."

Weatherl bought a dashcam after getting hit in an accident and wanting some visual insurance. He never thought it would catch someone doing 15 mph in a 60 mph zone.

"He knew exactly what he was doing for sure," said Weatherl.

It was just before 9 in the morning in downtown Dallas and the man on the scooter was heading northbound on the freeway. From the video, it looks like he exited at Victory Avenue with no problem. But what’s most unnerving about the clip, as cars whiz by him in his headphones and backpack, is that he somehow seems unbothered.

"I think he’s done it before based on how calm he was, I don’t think this was his first rodeo," said Weatherl.

It was a bold choice, as the City of Dallas encourages scooter riding on streets with speeds of 35 miles per hour or less. Wheatherl says the scooter in question looked made by Lime, and that company wants users to wear helmets and stay off highways.

So what made this commute seem like a good idea? If you know the guy on the scooter, let us know...because we’d love to ask! Send your tips to msaavedra@wfaa.com.