Reverend last-minute uninvited as a speaker to Dallas MLK event, leading to controversy

Last week, Waters was among a group of Black faith leaders who interrupted the City of Dallas’ King week kick-off event at City Hall. 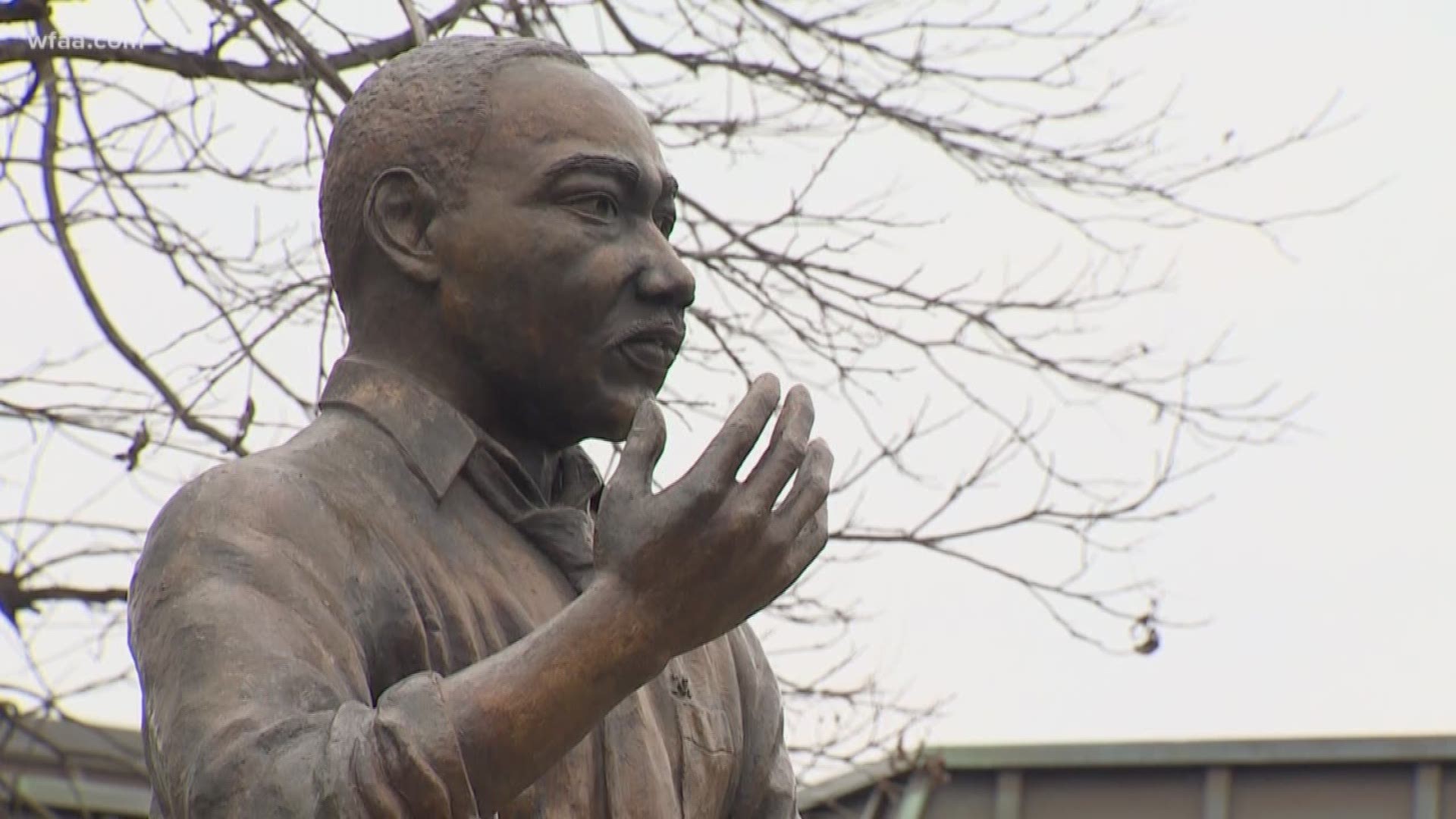 DALLAS — The City of Dallas is hosting a series of public events, this week, honoring the life and legacy of Dr. Martin Luther King, Jr. However, a last-minute decision by some organizers to uninvite a popular past from one of the programs is causing some concern in the community and on social media.

Residents met around a statue outside the Martin Luther King, Jr. Community Center, on Tuesday, to honor the slain civil rights leader’s birthday. There were whispers in the crowd as the program began, regarding the program change that removed Rev. Dr. Michael Waters as the event’s keynote speaker.

“The speakers’ role had been removed,” Waters explained as he stood outside the MLK Community Center. The pastor says he was asked two months ago to deliver the keynote address for the event. He says it was only Monday he received an email uninviting him to speak.

"I found intriguing, given the timing of the email, in light of last week’s action,” Waters said.

Last week, Waters was among a group of Black faith leaders who interrupted the City of Dallas’ King week kick-off event at City Hall. Video of the demonstration has been distributed across social media.

In it, Waters could be heard telling the crowd, “You cannot celebrate Dr. Martin Luther King and think that we are going to stand for business as usual.”

Faith leaders who stood in solidarity during that event, used the program at City Hall to issue a list of demands to Dallas City Council. Reverend Edwin Robinson was also part of the group.

The faith leaders were demanding a meeting with City Council members by February 1, in addition to urging them to initiate five policy changes addressing the removal of Confederate monuments, proper funding and resources for a civilian police review board, affordable housing, paid sick leave, and livable wages.

"I’ve never felt more closely aligned and in solidarity with the work and ministry of Dr. King,” Waters said as he reflected on the group’s actions.

A spokesperson from the City of Dallas issued a statement about the decision to remove Waters from the King birthday program. It said:

“The City made the decision to shorten the opening remarks portion of the 2019 MLK Birthday Celebration Program to give attendees more time to participate in the many activities provided by our community partner organizations, and take advantage of resources they have to offer our Dallas residents.”

However, Dallas Councilman Philip addressed the controversy on social media. In a post, Kingston wrote:

“Rev. Waters wonders if his disinvitation to the MLK gala is related to his participation in the demonstration at City Hall. After checking with those close to the decision, I believe this is pure retaliation, and it’s outrageous that city appointees would engage in such illiberal and nasty behavior.”

“We’re standing in the legacy. This is par for the course," Rev. Robinson said.

Both Waters and Robinson say they’re committed to their actions and to the community, even if it means taking some heat.