Around 3 p.m. Tuesday, Atmos Energy said a construction crew was working near the intersection of West 5th and Taylor Street and a natural gas pipeline was damaged. 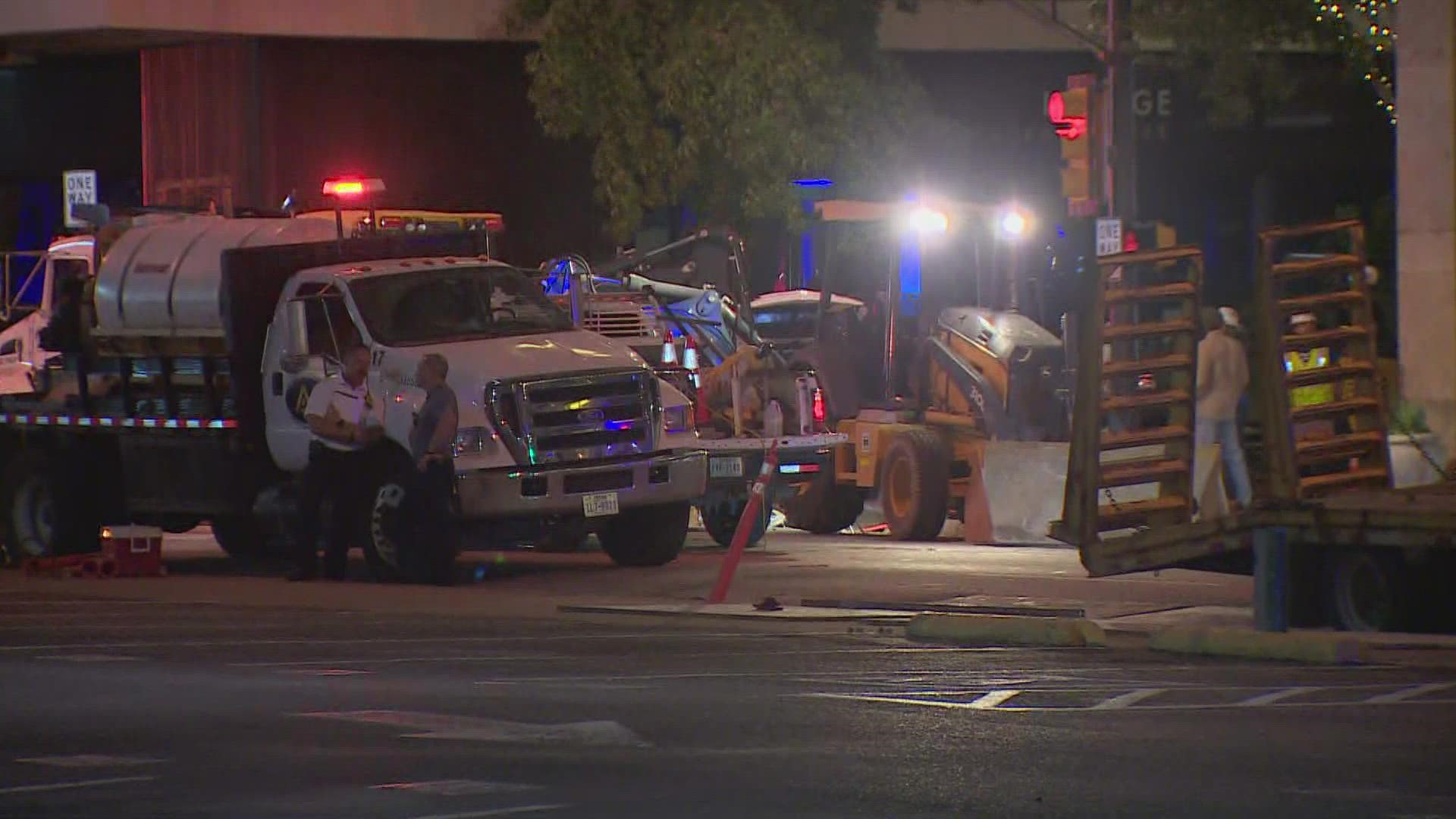 Hundreds of downtown Fort Worth residents were evacuated Tuesday due to a gas line leak, officials say.

Around 3 p.m., Atmos Energy says a construction crew was working near the intersection of West 5th and Taylor Street and a natural gas pipeline was damaged.

As a precaution, residents and businesses in the area were evacuated, and traffic was rerouted.

On Wednesday, fire officials said they were working to clear the building so they could let people back inside a residential building, The Tower.

Around 7:40 p.m. Tuesday, the Fort Worth Fire Department said the leak had stopped but Atmos Energy technicians are still on scene due to a high-level gas in the 500 Taylor Street building.

The fire department said gas was turned off to a large part of downtown and residents are “still not being allowed back at this time for their safety.”

Residents at the 500 Taylor Street building were displaced for the night, and the Red Cross set up an emergency shelter at North Fort Worth Baptist Church located at 5801 IH 35W.

Wednesday afternoon, the fire department said they performed a test and turned the building back over to management and let residents back into the building.

WFAA has asked Atmos for any updates.

[8:20PM Update]- #YourFWFD & @atmosenergy continue to work the #FWGasLeak at 5th & Taylor. The gas leak has been stopped but there are still high levels of gas in the 500 Taylor street building. Residents are not being allowed back in at this time for their safety.