'This blew us away ... We cannot be the only people this is happening to, and it's not fair.' 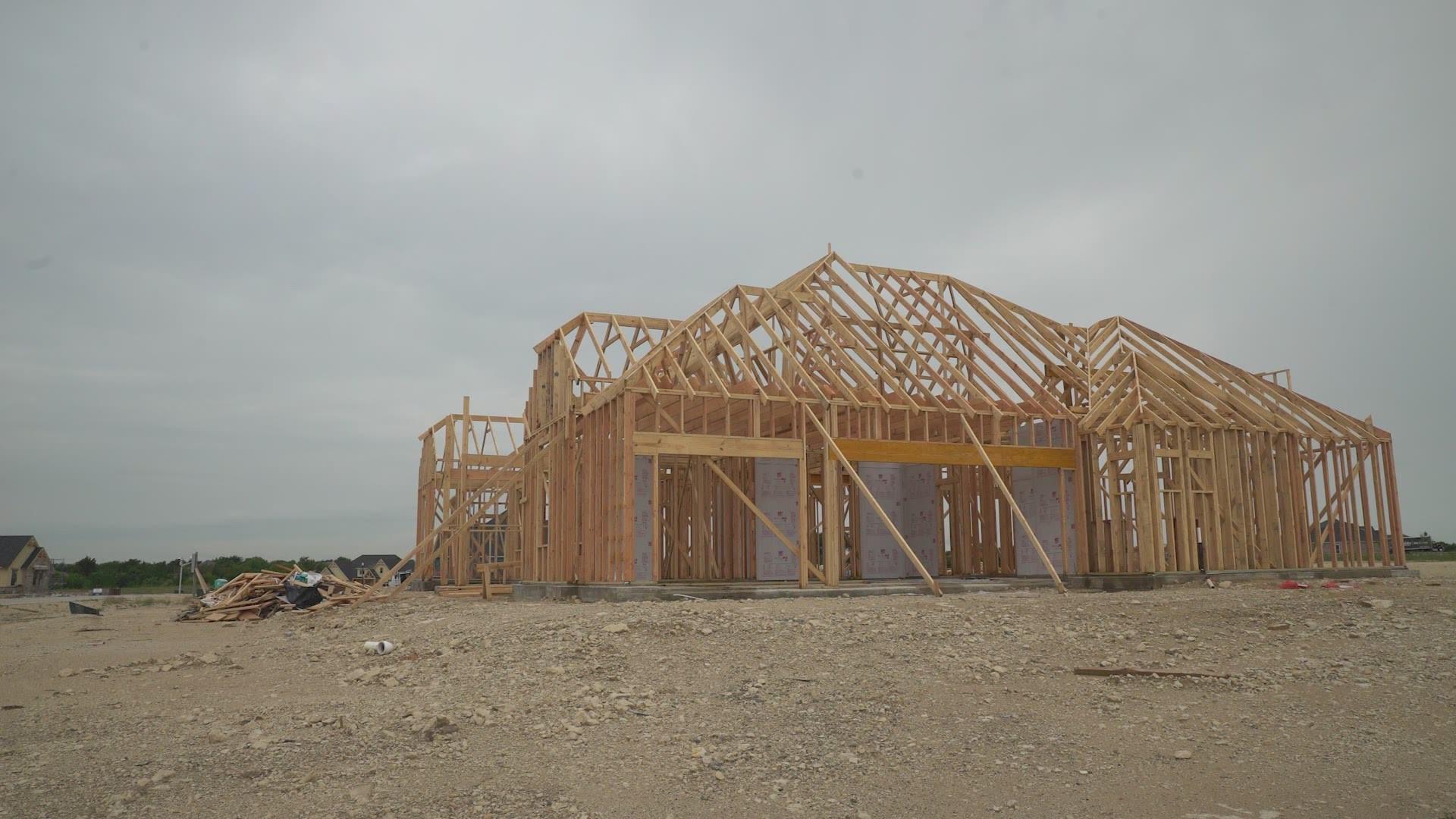 WAXAHACHIE, Texas — A Dallas couple - expecting their first child in three months and expecting their first home together to be constructed shortly after that - are now among the North Texas residents reeling from sticker shock as the price of that home has suddenly and drastically increased.

"It's a dog-eat-dog world," said Nastaccia Byrd. "I mean, we don't want to be forced back into the rat race for a house."

She and her husband Robert signed a contract with Lillian Custom Homes to build a house in a rural corner of Waxahachie. The location is 10 miles west of downtown Waxahachie and 40 miles from Grand Prairie, where Robert works in the aviation industry. They said they chose the location and the floor plan for a nearly 3,000-square-foot house because it was where they could best afford a new single-family home.

In December, they agreed on a price of $369,990. By April 30, they had agreed to additional upgrades that brought the price to $390,706. Then, on May 17, they received an email letter from Lillian that due to "unprecedented market conditions" in the construction industry, and a "375% increase" in lumber prices in one year, that they had "no choice but to implement a surcharge that represents the increased materials cost."

Lillian informed the Byrd's that the surcharge for them would be $99,294 added to the cost of the house, bringing the total to $490,000 for the four-bedroom home: an increase in total cost of 25.4%. The Byrds said Lillian requested they make a decision whether they want to proceed with or cancel the contract by the end of this week.

"This blew us away," Nastaccia said. "We cannot be the only people this is happening to, and it's not fair."

"With a three-day deadline to make a decision, after we've been doing business for six months," Robert added.

"We can understand that the cost of wood has gone up. But $100,000 is pretty far-fetched for me," Nastaccia said.

WFAA wanted to ask Lillian Custom Homes about this and offered the chance at an interview. They offered a written statement, instead, that said, in part, that:

"Certain factors, including but not limited, to COVID-19 pandemic and the Artic freeze has caused unprecedented changes in the construction industry. Demand for construction materials has increased even as shutdowns and supply chain issues have resulted in severe shortages.

"...Unprecedented changes in the construction industry" and the cost of materials "have made the construction of new homes under...existing contracts with its customers economically unfeasible.

"To achieve the best result for its customers and continue to build exceptional homes utilizing high-quality materials and experienced, professional craftsmen, Lillian has been left with no choice but to implement some new procedures with regard to its existing new home construction contracts."

Phil Crone, with the Dallas Builders Association, said he was not surprised by what happened.

"It's happening way more often than any builder wants it to happen, and certainly any consumer would like it to happen," he said.

He added Lillian is not a member of their association, but said he is painfully familiar with the struggle both homebuilders and future homeowners are in right now.

"The prices are increasing. The builders are absorbing as much of that as they can into their margin. But in many cases they don't know how much lumber is going to cost until it shows up on site and they just have to pay what they pay," Crone explained.

"Unfortunately for every thousand-dollar increase that happens for the price of a new single-family home, there are 20,000 families that can no longer afford that home," he added.

Meanwhile Robert and Nastaccia, who are expecting their first child in three months, have been told by their lender that the house might not be worth what it costs to build if they proceed with the additional 25% surcharge.

"We can get to closing and if the housing market hasn't gotten any better, what's to stop them from saying, 'well, we want $40,000 more,'" Nastaccia asked.

"Where do you stop in the building process," Nastaccia continued. "I mean, where do we draw a line? What does a contract stand for?"

"We really want what we agreed to," Robert finished.

That homebuying and homebuilding is in crisis, is about the only thing anyone can agree on right now.