The Oak Lawn neighborhood became the center for the North Texas LGBTQ community in the early 70s, and it's grown more popular ever since. 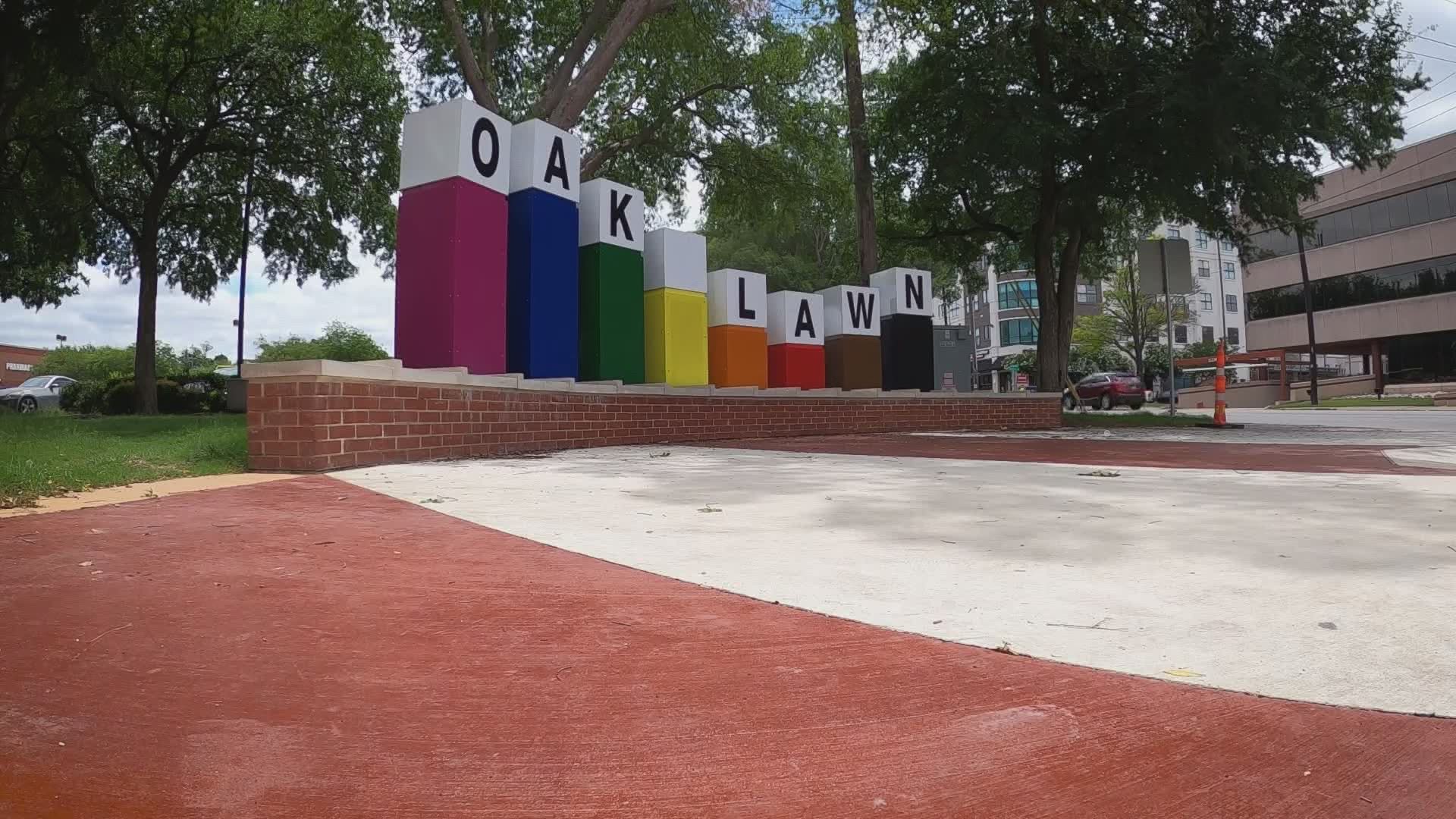 DALLAS — It is a safe place and a home for many in the LGBTQ community. The Oak Lawn neighborhood in Dallas became the center for the North Texas LGBTQ community in the early 70s and quickly surrounded itself with bars, businesses, restaurants and retail that show their support too.

“This is always seen as this place of community and safety. Where people aren’t going to be judged,” Terry Loftis said. “For me personally, it was a sense of community, a sense of safety, to where I could go somewhere and be with friends and be with people who I wanted to spend my time with and not have to look over my shoulders.”

Over the past few decades the community has seen much progress, but it has also endured many struggles.

“At one point in time in Oak Lawn’s evolution, as the bars were concerned, minorities had to show more than one form of picture ID,” Loftis said. “There was a policy at one point where women had to enter some of the clubs couldn’t wear open toed shoes.”

Both Cox and Loftis remember the AIDS crisis.

“The AIDS epidemic hit Dallas while I was still in high school, so when I came out it was rampant,” Loftis said. “It just went through the community, you didn’t know what it was, how to address, what to take, receiving medical care was near to impossible.”

“Most people died very quickly, and it was a very scary time. And with that came a lot of discrimination from other communities,” Cox said.

The AIDS crisis was a sad chapter in a story with many better days as the community continues to celebrate PRIDE and victories like marriage equality.

“There’s definitely a higher level of acceptance as the general society has come to know more LGBTQ people,” Cox said.

But soon more change is coming to Oak Lawn, as a new development will break ground on one side of the strip on Cedar Springs.

“Change is inevitable. There is no way to get around it,” Loftis said. “But I still think that this will maintain and always be our center for our community.”

“I don’t live down here (in Oak Lawn) anymore, but I’m curious to see how these changes will positively impact the people who work and live in this neighborhood,” Loftis added.

Through the worst and best of times, Oak Lawn has remained that inclusive place, a neighborhood that welcomes all people. Leaders in the community hope you support and accept everyone too.

“My wish would be for our community, our society, our nation as a whole to to stop making up differences between people. They don’t exist,” Loftis said.

“We do love hard. I mean, we have helped people survive and live through HIV. We have held people when they died. We know how to do this,” Cox said. “So, we love hard, and we still have progress to make just like every community in the United States does.”