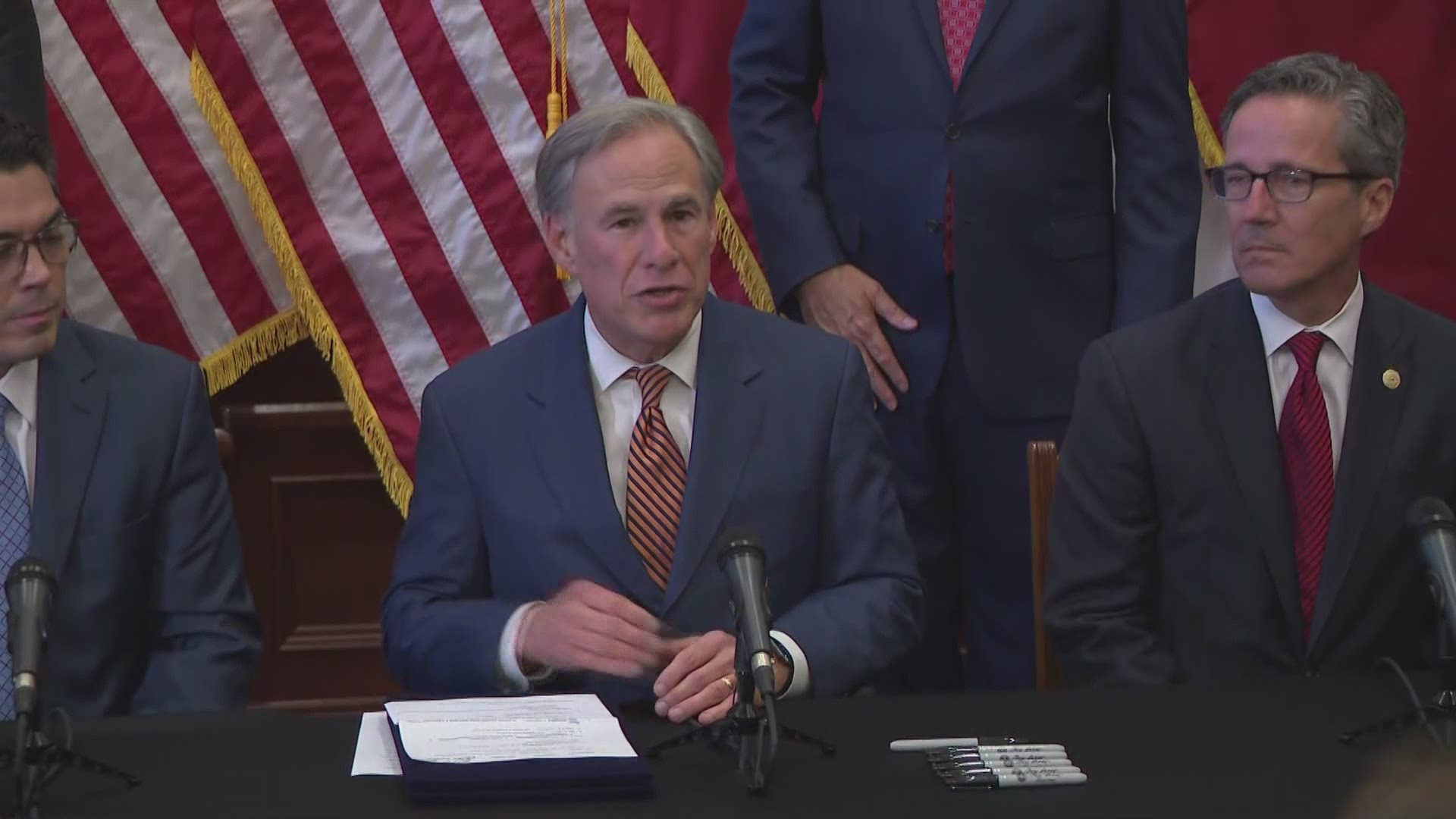 “The legislature passed comprehensive reforms to fix all of the flaws that led to the power failure,” Abbott said during the press conference. “There is now greater accountability in the system than ever before with the sweeping reforms with both ERCOT (Electric Reliability Council of Texas) and the Public Utility Commission and more oversight by the Railroad Commission…. Everything that needed to be done was done to fix the power grid in Texas.”

Senate Bill 2 overhauls the board of the Electric Reliability Council of Texas (ERCOT), which oversees much of Texas' power grid, transforming it from a body mostly of market participants, into appointees of the governor, lieutenant governor and speaker of the House.

The three lawmakers who were the key architects of the legislation joined him at the press conference.

“There’s no one sitting here or standing here who doesn’t remember that week. None of us,” said Sen. Kelly Hancock (R-North Richland Hills), the author of SB 2. “We don’t’ want people to go through that again.”

SB 3 requires the Public Utility Commission, or PUC, which regulates ERCOT, to adopt weatherization rules for electric generation, transmission and distribution facilities within six months of the law taking effect.

However, there is no timetable for when those rules would have to be enforced.

On the oil and gas side, a newly created council would have until Jan. 1, 2022, to complete its mapping of the gas chain supply to better plot the distribution of gas during a crisis. However, Texas Railroad Commission (RRC), which regulates fossil fuels in Texas, would be given the authority to determine what would be deemed “critical,” and thus required to weatherize.

Once the council finishes its mapping work, the Railroad Commission would then have six months to adopt rules requiring weatherization. Again, there is no timetable for when the rules would have to be enforced.

“I’m a big deadline person,” said Pat Wood, who formerly chaired the PUC and the Federal Energy Regulatory Commission, or FERC. “I had those deadlines in 1999 when we restructured the market. They told the PUC to get this done in a certain amount of time. I do think some flexibility is warranted here, though. Taking apart the complex natural gas system and trying to understand which parts fit where and which one really are customer impacting is a big task.”

Several things were immediately clear from legislative hearings convened days after the storm: Too many power plants had not properly insulated their pipes and machinery to keep them from freezing during extreme cold. Other power plants that did “winterize” couldn’t get natural gas for fuel because much of the gas industry, too, was ill-prepared for the extreme cold and loss of electricity.

After ERCOT set the price cap on electricity at $9,000 a megawatt during the winter storm and natural gas prices soared to unprecedented levels, portions of the natural gas and electric industries went billions of dollars in the red.

Lawmakers approved several measures bailing out those companies. It’ll allow companies to apply for bonds to pay off their winter-related debts. In turn, experts are predicting consumers will be charged $2 to $15 more per month for the next one to 15 years.

ERCOT acts, in essence, as middleman in the electricity market. After the winter storm, some companies could not pay their bills. That meant other companies didn’t get paid for the all the electricity they sold to ERCOT. The loan will allows ERCOT to pay those companies.

“Securitization saves consumers hundreds and hundreds of millions of dollars,” Hancock said. “It provides financial stability within our system.”

Wood said a better accounting of what happened with the state’s natural gas supply also needs to occur. If it’s found that some supplies withheld gas, that’d be illegal, he said.

“That’s called economic withholding,” Wood said. “So in other words, hold back gas now, so you can get paid more for what you got somewhere else.”

Wood said the most significant item missing from the legislation was that nothing significant was to done to improve energy efficiency. He noted that about half of the electricity usage in the state was for home heating.

“Energy efficiency is not something we’ve really focused on a lot in Texas, hoping that the price would work,” he said. “But the price has gotten so cheap because competition works that nobody’s really getting a signal, ‘Hey, don’t use power this time of night.’”

Wood, several other commissioners and a former PUC advisor have issued a report outlining recommendations for other changes need to be made to make the power grid more resilient. (REPORT | Never Again: How to prevent another major Texas electricity failure)

Wood said he’d give lawmakers a B+ overall for the work they did during this legislative session.

“I wasn’t prepared to be a generous grader at all this session 'cause I know that legislation passed in the middle of a crisis is a tough one to get right,” he said. “They did much better than I thought they would have done. ... I’m sorry it had to take a $100-billion storm and 200 people dead for us to figure out how important energy system resilience is.”