Plano Biology teacher and contemporary artist, William Toliver has become quite the TikTok star showing us the many expressions of the "Quarantine Life" through art. 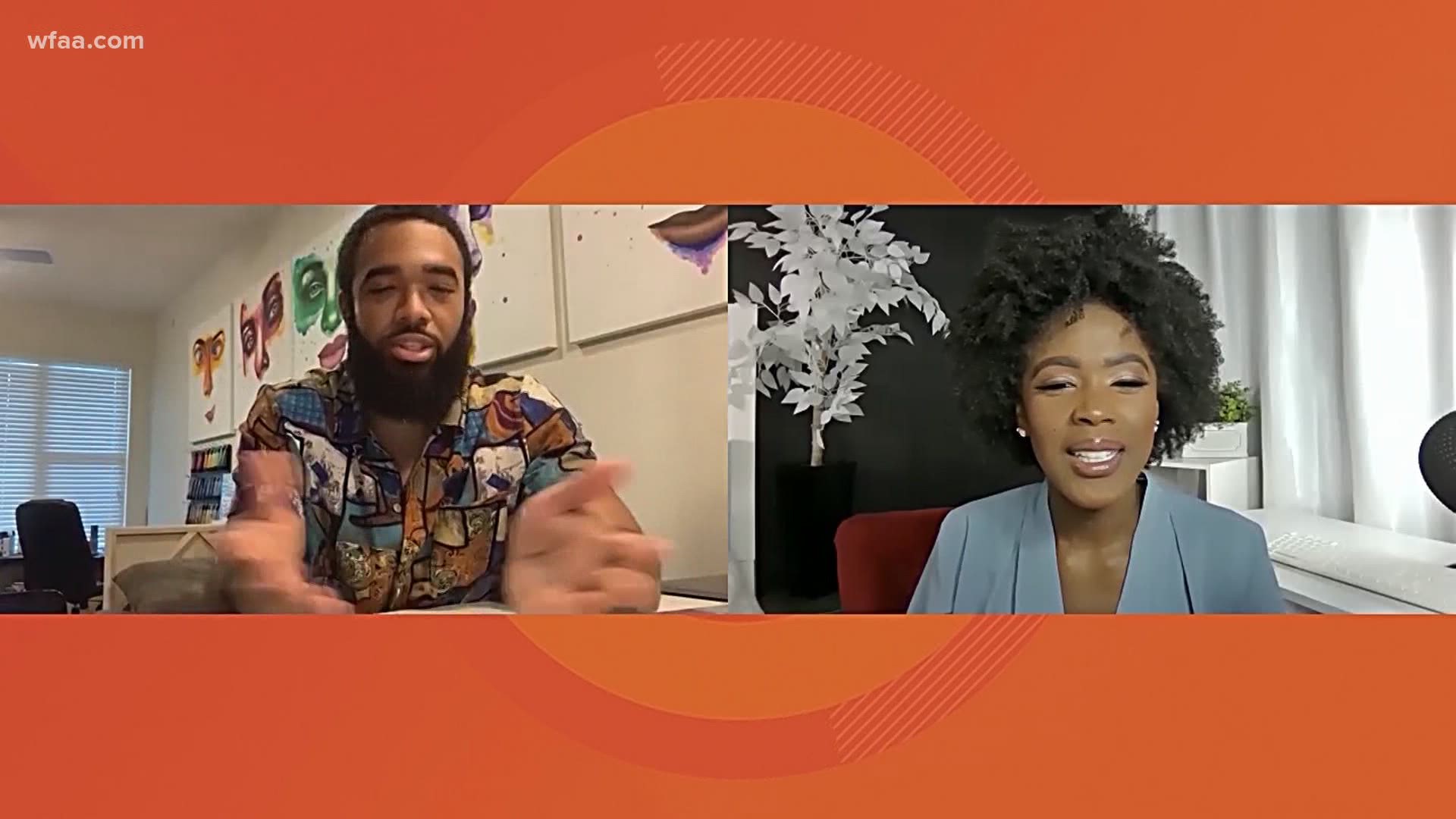 From DJs to musicians, artists from around the world have been using their talents to help us cope during the COVID-19 pandemic.

One of those artists, William Toliver, a biology teacher in Plano ISD.

He, like many other teachers across the state of Texas have been forced to work from home during the stay-at home orders issued earlier this year.

During that time, Toliver became quite the TikTok star through his watercolor painting series called "Expressions."

The artwork showcases what he has described as emotions he's experienced during the #QuarantineLife.

"Oh, this has been a great time to just decompress and really kind of just express myself in the way that I really wanted to and have time to do so," Toliver said. "It's actually been really like relaxing and refreshing."

Since he's been spending so much time at home, according to Toliver, he's using art as entertainment and as a way to share his thoughts with the world.

"All these little moments of recreating real life is basically how I've realized how important art is," Toliver added. "As long as it touches somebody that's really the main thing I care about is that you know, you connect with someone."

He says being an artist means having a voice and the pandemic has taught him that he needs to use that "voice" now more than ever.

"It's a way for people to take a break from all the stuff that's going on, all the noise and the media and the negativity that's being spread," Toliver said. "Just having a couple seconds or moments that you can look at something and just forget."

You can view the "Expressions" collection here.