1 person injured in house explosion in Fort Worth, officials say

The cause of the explosion is under investigation at this time. 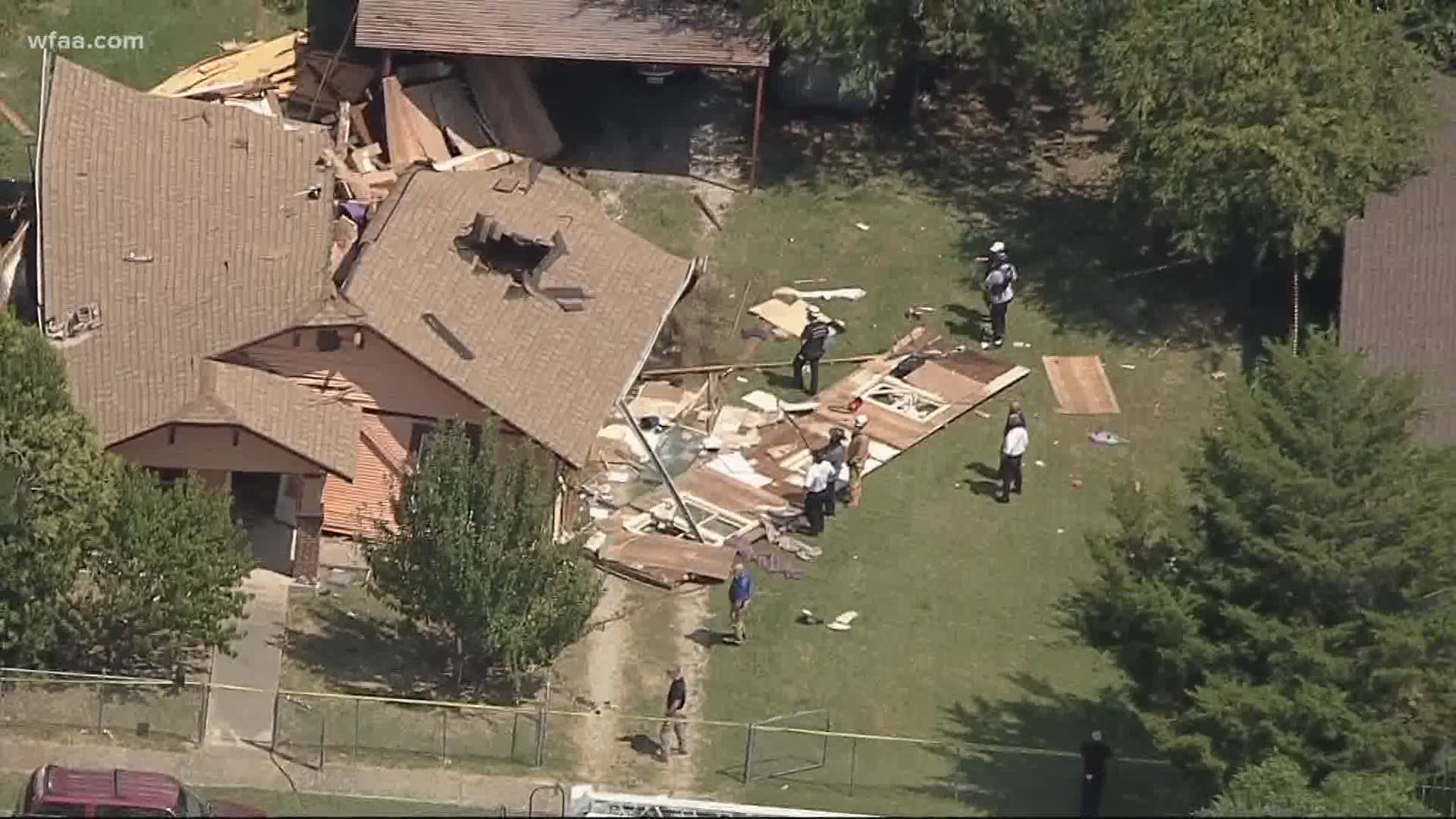 This story has been updated with additional information from the Fort Worth Fire Department.

A man was transported to the hospital Tuesday morning after an explosion at a house in Tarrant County.

When firefighters arrived at the scene, they said there was fire towards the back of the home.

Fort Worth fire officials also located a man across the street, who was inside the house at the time of the explosion.

The man suffered severe burns to the front of his body that included his face and airway. He was transported to Parkland Burn Center via Care Flight, officials said.

The incident occurred around 11 a.m. near the 400 block of West Spurgeon St.

Investigators said it was an isolated incident and there are currently no other hazards to the surrounding area.

There's been an apparent explosion at a house in southern Fort Worth. Fort Worth Fire Dept. investigators are there now looking for what caused it. One man was taken to the hospital with serious injuries. @wfaa pic.twitter.com/50UIAgKS7C

PIO on scene of possible explosion at a residential structure. One pt in critical condition. CareFlight has been launched. pic.twitter.com/GVOHQHPVFC