The two brothers are looking for a Forever Home after CPS says they came in to foster care due to neglect and drugs. 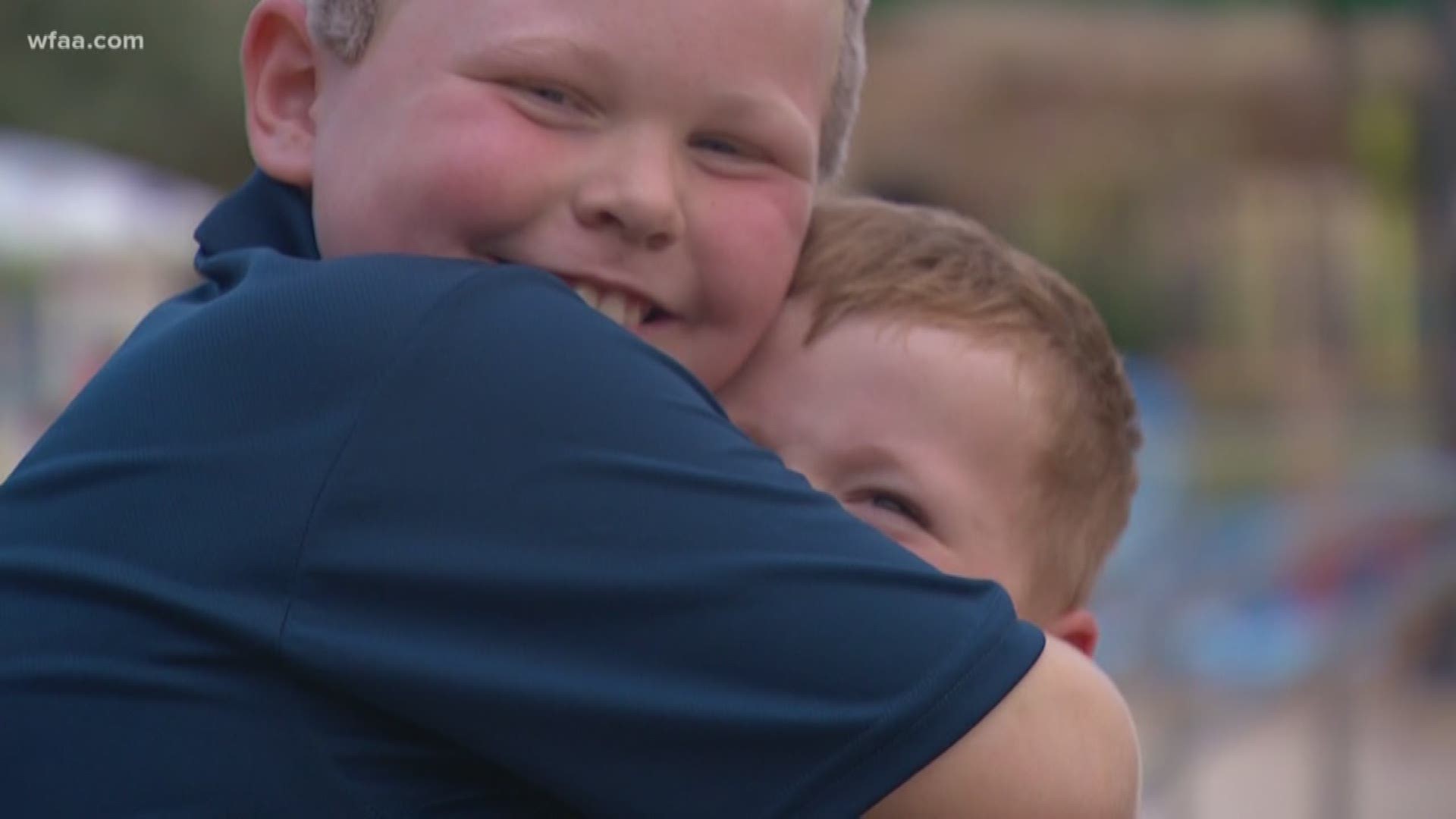 You often hear me talking about siblings who get separated in foster care.

They've lost their biological parents and then their sibling, too — the only person in the world who understands what they're going through.

There is no arguing John and Gabriel (Gabe) have the most adorable personalities.

"I'm like one of the kids that's like, 'Oh, these shoes are the fanciest. I love them,'" 9-year-old John said enthusiastically.

The two brothers are looking for a Forever Home after CPS says they came in to foster care in 2016 due to neglect and drugs.

"I want a good family. That's basically what I want. I want really nice kids and I want, like, really good parents," John said.

Gabe, 5, wants a lot of hugs and parents that will stay by his side just like his older brother does.

"I don't want him getting hurt because I love him very much with all my heart," John said.

There's a lot to be excited about.

John and Gabe were recently reunited in the same foster home after getting separated in the system for a year.

Now things are looking up for the two brothers who want to be adopted together.

"He really means a lot to me," said John about his little brother.

When they find a Forever Family, Gabe wants his parents to give him a special nickname.

"Want them to call me Gaby," he said.

John is protective of his brother and glad they're in the same foster home.

Even when they fight, he still loves Gabe very much.

"Sometimes I get mad at him but, hey, it's okay. I'll forgive him and he'll forgive me."

Life lessons from a 9-year-old boy who wants nothing more than parents to watch over him and his little brother.

John and Gabe are grateful for all the kind things people do for them in foster care.

"Thank you for hosting me, Great Wolf Lodge," John said.

Judging by their gratitude for all the little things, it's safe to say John and Gabe will be forever grateful for the people who choose to love them.

You must be licensed to foster or adopt in the state of Texas.

If you're already licensed, contact LaQueena Warren with CPS and she will forward your information to Gabe and John's caseworker.

If you are not licensed, contact LaQueena at laqueena.warren@dfps.state.tx.us or 817-304-1272 and she'll help you get the process started.