Sgt. Ed Lujan will take his surgically repaired body on the road again as part of Carry the Load's 10th annual event to honor fallen soldiers and first responders. 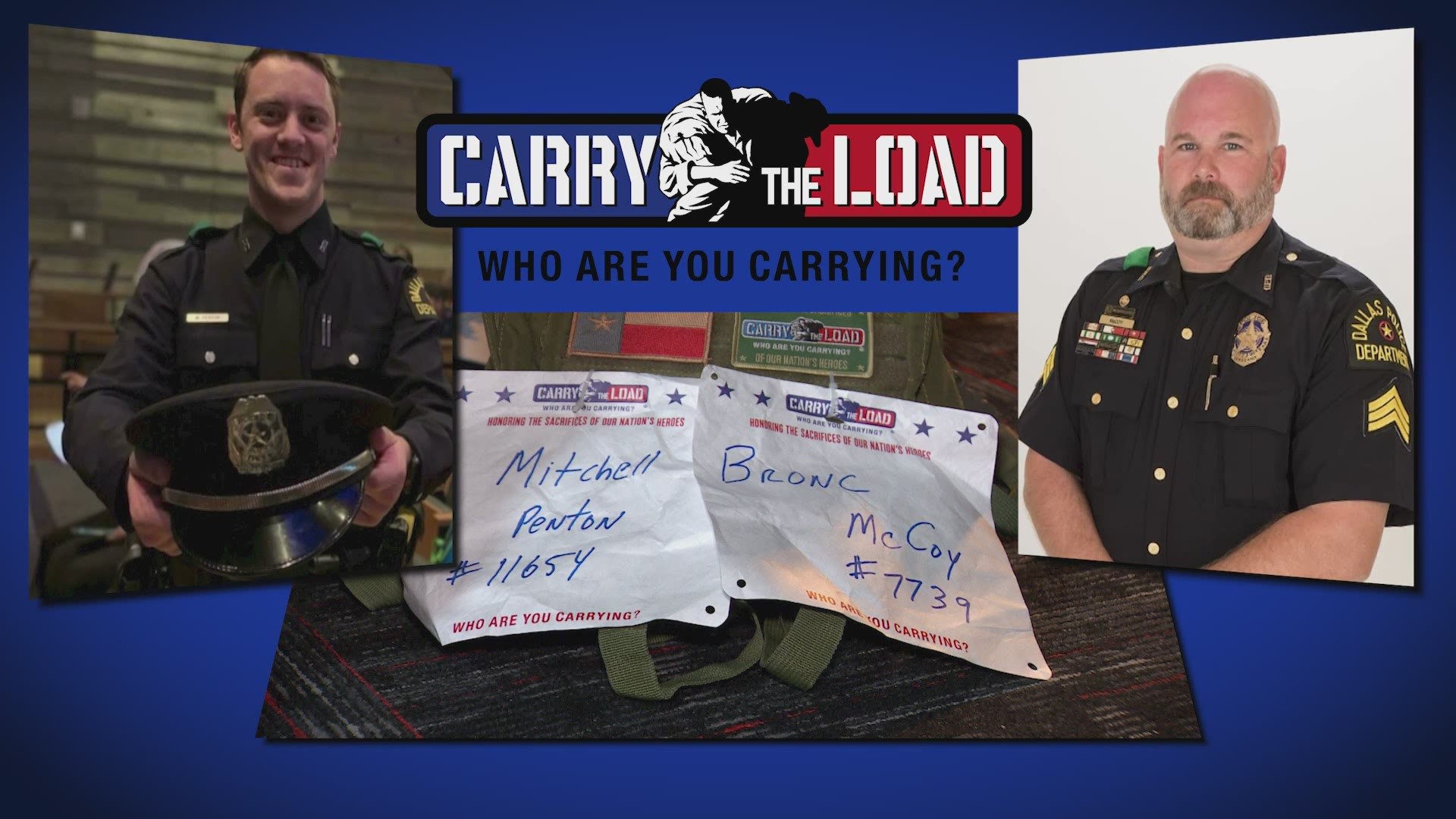 DALLAS — Six years after surviving being run over - three times - by a fleeing suspect in an SUV, Dallas Police Sgt. Ed Lujan is getting ready to put his surgically reconstructed body to the test again, this time to honor fallen soldiers and first responders.

He's told his story maybe a thousand times already. But he's always willing to run through the litany of his injuries again, hoping, perhaps, his remarkable recovery will provide inspiration for the next injured officer. Especially during Police Week with Saturday observed as Peace Officers Memorial Day nationwide.

Lujan was working security off-duty in uniform at a Dallas nightclub when a customer, who had been thrown out of the club got into his SUV, backed into one officer and then drove straight ahead, running over Sgt. Lujan.

"Had my face completely scalped all the way back," he said of the traumatic brain injury he suffered.

But after nearly two years, he returned to duty. And he took to the road.

His fused right ankle that will no longer bend has helped him "stomp" through more than 50 triathlons, marathons and other road races. And perhaps the most meaningful trip begins for him this weekend.

He will be part of the East Coast Relay for Carry the Load, walking over eight days from South Carolina to Tennessee. It is one of three national relays that descend on Dallas' Reverchon Park this weekend for Carry the Load's 10th annual event to raise money, awareness, and support for the families of fallen soldiers and first responders.

"And thank all those men and women for all the things that they've done," Lujan said.

Our most recent interview with Sgt. Lujan was at the Dallas Police Association in front of the memorial wall that displays the names and faces of 88 fallen Dallas officers. They include the two most recent: Mitchell Penton, killed by an alleged drunk driver this year, and Bronc McCoy, the first Dallas officer whose death is blamed on COVID-19.

Lujan will carry the names of both men on his backpack as he marches across the country, starting this weekend. He will also carry them to the Memorial Day weekend event.

"The way I can remember the officers up on the wall is by walking and thinking about them, especially with what I've gone through, and just thinking about how lucky I am and how lucky everybody else is to live in this country of ours."

Lujan admitted it is a difficult time to be a police officer right now. But he said he and his colleagues will always answer the call, regardless. And, as chairman of the Assist the Officer Foundation, a Carry the Load partner that provides financial and emotional support to the families of injured or killed police officers, he plans to keep working and keep walking for the fallen.

"I think that's one of the reasons that I'm still here," he explained. "I still have a purpose in doing things."

A purpose, and a march, he hopes more people will join.

If you would like to help support the Assist the Officer Foundation and Carry the Load efforts you can find an additional link here.