Brianni Bonner said she came home to find her locks had been changed - and her belongings in the dumpster. 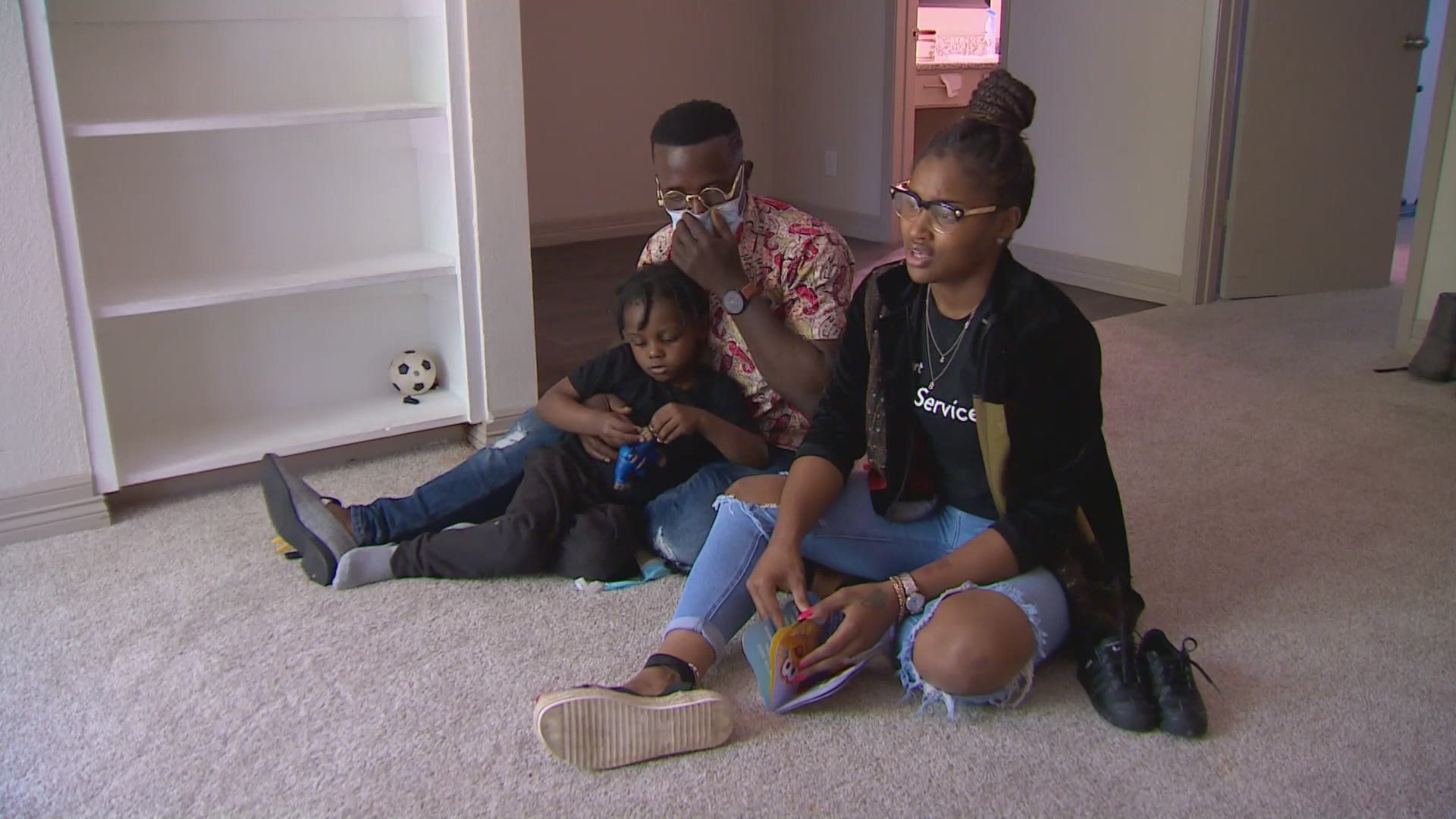 DALLAS — Editor's note: This story has been updated with further comment from the apartment complex.

An apartment complex accused of mistakenly evicting a single mother who just moved from Chicago to Dallas is claiming the situation was actually caused by a maintenance mix up when crews were sent to paint a vacant apartment.

On Wednesday, Brianni Bonner told WFAA her apartment complex managers mistakenly evicted her instead of the apartment downstairs. She said she came home to her apartment at the Riviera Apartments on Audelia Road in Dallas Saturday morning to find her locks had been changed.

“The maintenance man pulls up, and tells me I’m going to go to jail because it’s against the law for me to get into my apartment,” Bonner recounted.

The 23-year-old is a single working mother to her 4-year-old son, Izi.

Bonner told WFAA she lives at apartment 1721, and she said management told her they meant to evict 1712.

“She told me it was a big mistake, it was an accident. They meant to evict the apartment underneath me, but they evicted me by accident,” Bonner said, adding that she found her belongings in the trash, including her medication for PTSD and anxiety.

“I can’t even explain to you the depression it’s caused,” Bonner described.

A single mother is working at a local Walmart to support her 4y/o son.

When she got home on Saturday morning, she says the locks were changed, & her belongings were in the dumpster.

Bonner said most of her things were taken, with the rest dumped in the dumpster, including her son's teddy bears. She said she called Dallas police to file a report.

Credit: Courtesy
A North Texas woman says her belongings were stuffed into trash bags after being wrongfully evicted from her apartment.

On Wednesday, WFAA went to the apartment complex to try to speak with the management. We called two times, and emailed them twice, as well. WFAA finally made contact with the property manager at the leasing office, but they did not want to make a comment. But, Bonner said management tried to compensate her.

“She told me, all they would be able to do for me is to give me a $200 Visa debit card. It was definitely a slap in the face,” Bonner said.

Bonner said she was ultimately allowed to get back into her apartment, but it was empty.

"They had repainted,” she said.

Credit: Provided
A North Texas woman says her belongings were stuffed into trash bags after being wrongfully evicted from her apartment.

One day after the story aired, the Riviera Apartments released a statement about the apparent eviction, apologizing to Bonner and saying they are trying to fairly compensate her:

"Since learning about the incident involving Brianni Bonner and her young son our senior management team has been trying to reach out to Ms. Bonner to apologize and address the problems caused when our staff mistakenly emptied the contents of the wrong apartment," the statement read.

Then, on Friday, David Margulies with the Riviera Apartments said the situation was not actually an eviction mistake. Margulies said a maintenance crew was sent to paint an empty apartment, but went to the wrong apartment. He said the crew did empty the apartment in order to paint the unit, but there was very little furniture.

Margulies said representatives for the complex did meet with Bonner on Friday to make things right, but were referred to her lawyers.

"We want to offer our sincere apologies for the way the situation was addressed once the error was discovered and are attempting to contact Ms. Bonner to discuss how we can fairly compensate her and her son," the statement from the complex continues. "In addition, we are reviewing our procedures to see if additional safeguards or training are necessary to help make sure this type of incident is not repeated."

Bonner said she has been left traumatized and is trying to get back on her feet.

“I’m paying my rent, I’m trying to save up to go to school. It’s so stressful, and I have to start all over,” she said.

Bonner set up an online fundraising campaign, hoping to at least buy toys, and the necessities her son.