Sara Hudson was celebrating her 22nd birthday in Lower Greenville when she was kidnapped, sexually assaulted, and then killed. 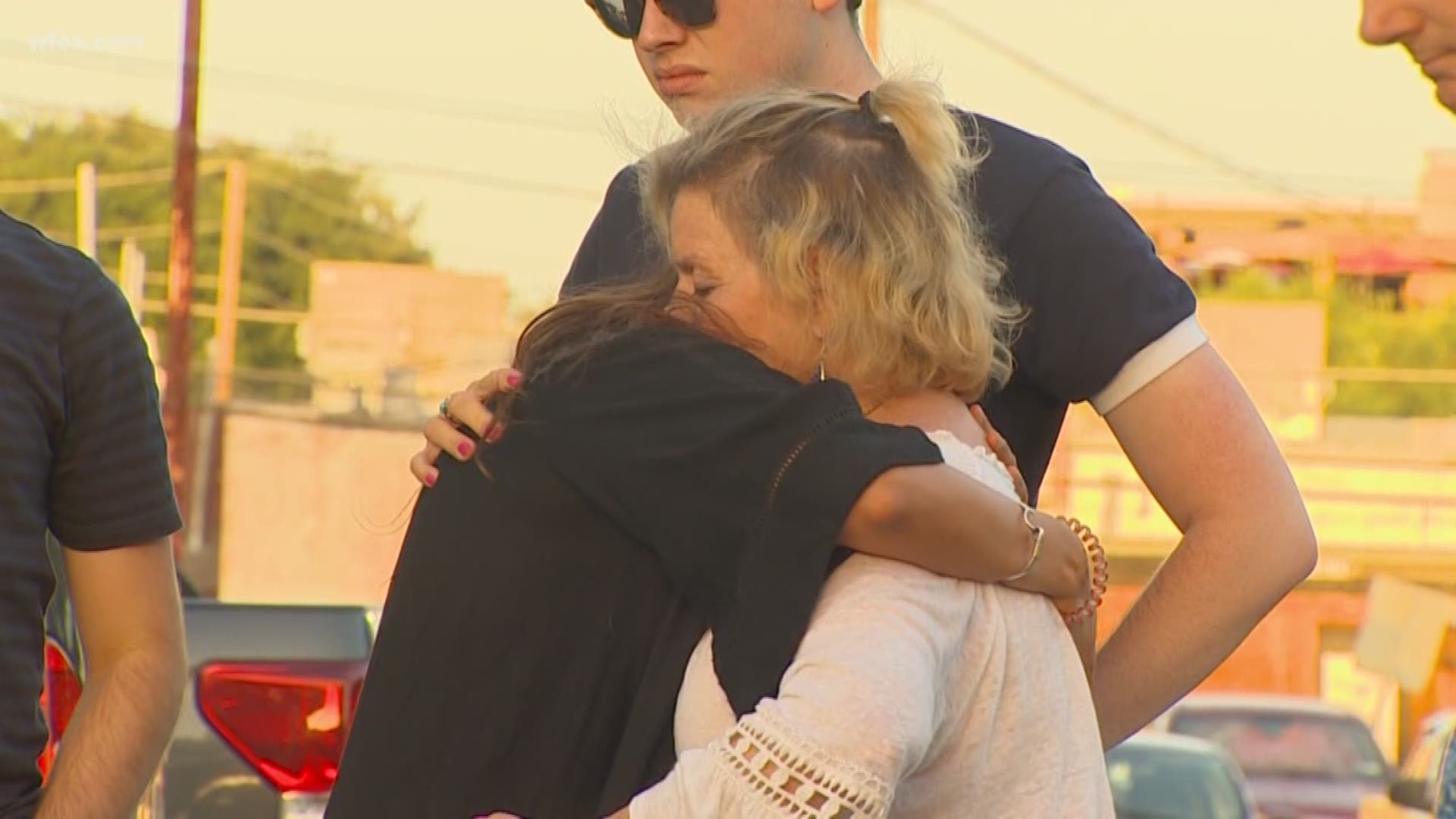 DALLAS — Editor's note: This story has been updated to include a statement from family, following the sentencing.

A 51-year-old man was sentenced to life in prison Thursday for the August 2019 murder of a 22-year-old girl who was celebrating her birthday in Dallas.

The family of Sara Hudson was in the courtroom Thursday as Glen Richter pleaded guilty to her murder. He was originally charged with capital murder.

Hudson’s family said they chose to accept the plea because it meant Richter would spend the rest of his life in prison. He is required to serve 30 years behind bars before he is eligible for parole, according to the Dallas County District Attorney's Office.

Authorities said Hudson had just graduated from the University of Arkansas and moved in June 2019 to work as a logistics sales account executive at Schneider in Dallas. She was killed a few months later.

Police said on Aug. 19, 2019, Hudson was on her way to the Texas Truck Yard when she was kidnapped by Richter. During the investigation, detectives obtained surveillance footage that showed Hudson park her vehicle. She was walking through the parking lot when Richter "bear-hugged" her from behind.

Officials said the man then forced Hudson to get back into the driver’s seat of her SUV, while he sat in the backseat behind her. That's when he made Hudson drive to an ATM, take out $700 and give it to him.

Richter then sexually assaulted Hudson before shooting her in the head. He then placed her body in an SUV and set fire to the vehicle, according to authorities.

Credit: Courtesy / WFAA
Sara Hudson graduated from the University of Arkansas in 2019.

Officials found the burning SUV around 7:25 p.m. that same day in the 5600 block of Alta Avenue, which is near where Hudson was kidnapped. Her body was found in the back of her SUV.

Investigators said Richter's fingerprints were found on Hudson’s SUV. They also found two guns, ammunition, lighter fluid and a lighter in Richter’s vehicle. Richter’s Crocs also had Hudson’s blood on them, according to authorities.

While a gunshot wound to Hudson's head was ruled the official cause of her death, smoke inhalation contributed to her death, according to the medical examiner's report.

At the time of her death, Hudson's family spoke about her love for life.

"Her joy, I mean, her celebration of life...she glowed," Hudson's aunt, Angela Aragon, said. "She had this beautiful laughter I can still hear between my ears right now."

Credit: WFAA
Flowers form a heart and candles spell out "Sara" at the site where Sara Hudson's body was found on Aug. 19, 2019.

"Justice was done today, and we’ve ensured our goal: that he won’t harm anyone in the future," said prosecutor Jason Fine.

"We will give one-hundred percent of our effort to bring justice to criminals like this who prey on the innocent people of our community," Creuzot said.

RELATED: Suspect in death of woman found in burning SUV was a Lyft driver

Friends and family have described Hudson as kind and supportive, and a woman who loved the great outdoors. In a statement released following Richter's sentencing, they said:

Our family is happy to have this secular legal chapter behind us so that we can now pursue life with the joy and passion our Sara exemplified. We would like to thank the Dallas Police Department, most especially Detective Frank Serra and those in the Homicide Unit, as well as all those in the Dallas County District Attorney’s Office for obtaining the justice that Sara so rightly deserved.