Adoption doesn't have to break the bank: 2 North Texas families share their journeys

The Gladney Center For Adoption partners with the State of Texas to help foster children get adopted. 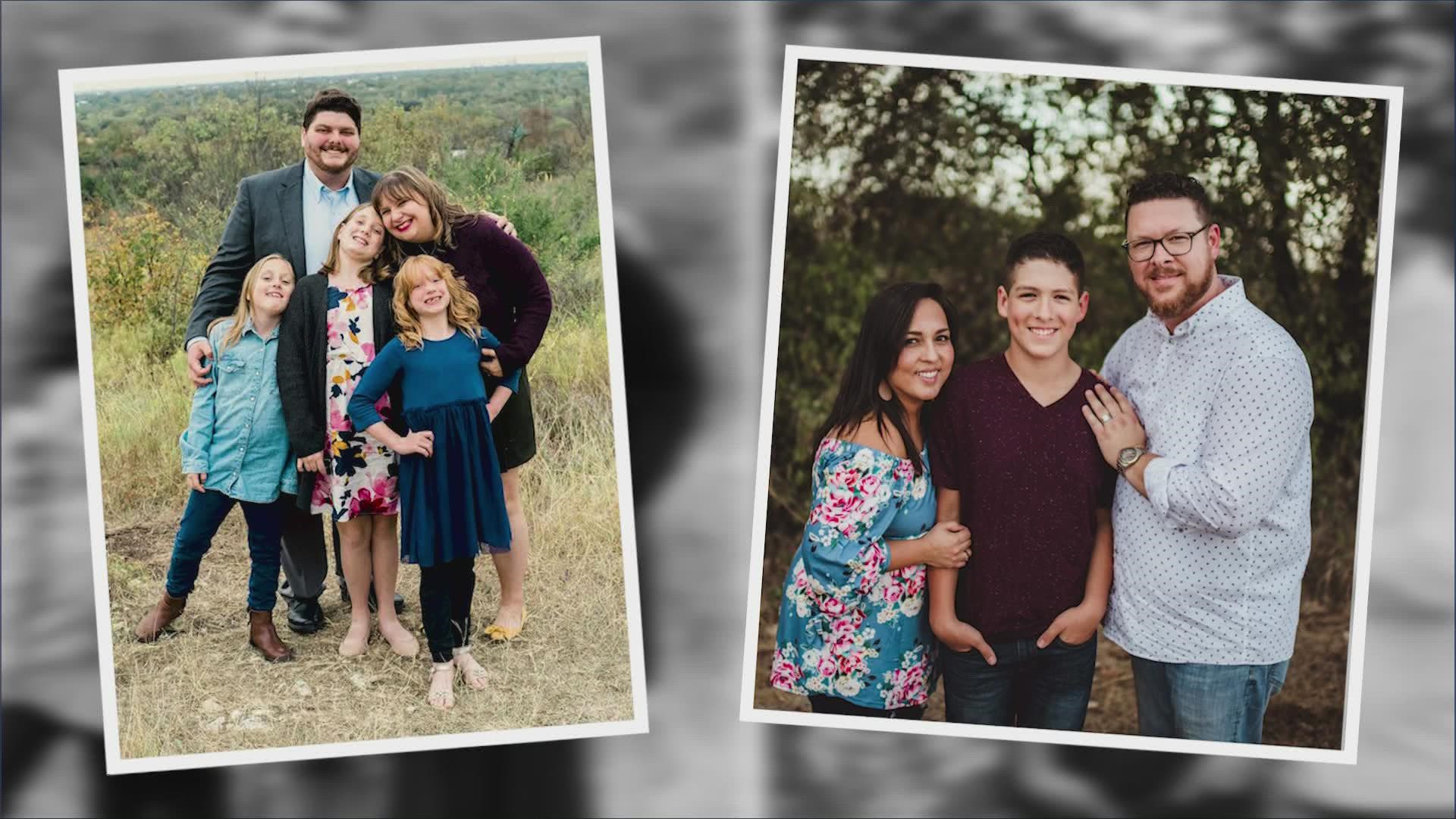 DALLAS — Whenever we do a story about adoption, so many of you tell us you'd like to but it's too expensive.

The truth is, adopting a child from foster care doesn't cost anything.

WFAA spoke with two families about their adoption journeys.

It's a joyful moment for Kelly and Warren Amyett. They recently chose to grow their family of three through adoption.

"Our heart was in it. Got an extra job and started making it happen," said Kelly.

Kelly and Warren weren't going to let the cost of adopting an infant stop them.

"It was expensive, but it's worth it. That's our dream really to have a baby," she said.

They never dreamed this would happen:  A fundraising yard sale that collected $10,000 to help them with their adoption costs of nearly $50,000.

Warren told WFAA he was overwhelmed by the people who showed up to support them.

"Some people that we knew. A lot of people that we did not know. Sixty five families total donated. It looked like a flea market at our house, in two days we raised $10,000."

Mark Melson is the president and CEO for the Gladney Center For Adoption, where it costs around $55,000 to adopt an infant.

"There's certainly the legal and the medical side to making that adoption work, but also it's the support for the expectant mom not only during her adoption journey, but a lifetime of support for her," said Melson.

Gladney also partners with the State of Texas to help foster children get adopted.

"That is a big misnomer that's there. There is no charge to the families who adopt out of foster care," said Melson.

"I've got a 7-year-old, a 9-year-old and an almost 11-year-old and they're biological sisters, and we adopted them all at the same time as a package deal," said Marianne.

The girls have Medicaid insurance until their 18. They get free college tuition at any state college, and the Brown's receive a monthly subsidy for them.

"Many of these children have experienced trauma in their lifetime, so we spend a lot of time and energy and effort helping families prepare for that child, but also a lifetime of support beyond that," said Melson.

"There's a lot of things important to me, but being their mom is the most important thing to me," said Brown.

When you adopt children from foster care, you have to get licensed and matched. The process takes about a year. But it's even longer to adopt babies from an adoption agency. About two years, according to Gladney.

The Amyett's are still waiting for their baby to arrive.

While they wait for their bundle of joy, their thoughts have shifted to the courageous mother who loves her child enough to let her go.

"I just can't imagine that and that makes me cry to place your child...sorry. It's such a brave thing to do for a mother," said Kelly.

Adoption isn't just a journey for the people who are growing their families.

"It's from a place of pain too and we may be excited to have a child but there's that pain of a mom," she said, wiping away tears.

Meantime, the Brown's chase after three growing daughters who are taking baby steps themselves.

Joyful moments both families don't want you to miss out on because of costs. If you 've been called to adopt, there's always a way.

For 40+ years, Wednesday's Child has been a WFAA staple WFAA, with @wfaaizzy and @GloriaCampos featuring the children, all in the state foster care system, weekly. The two spoke about the legacy of Wednesday's Child ahead of our Nov. 20 adoption special https://t.co/33yGen311Z pic.twitter.com/CfifkjlHXq 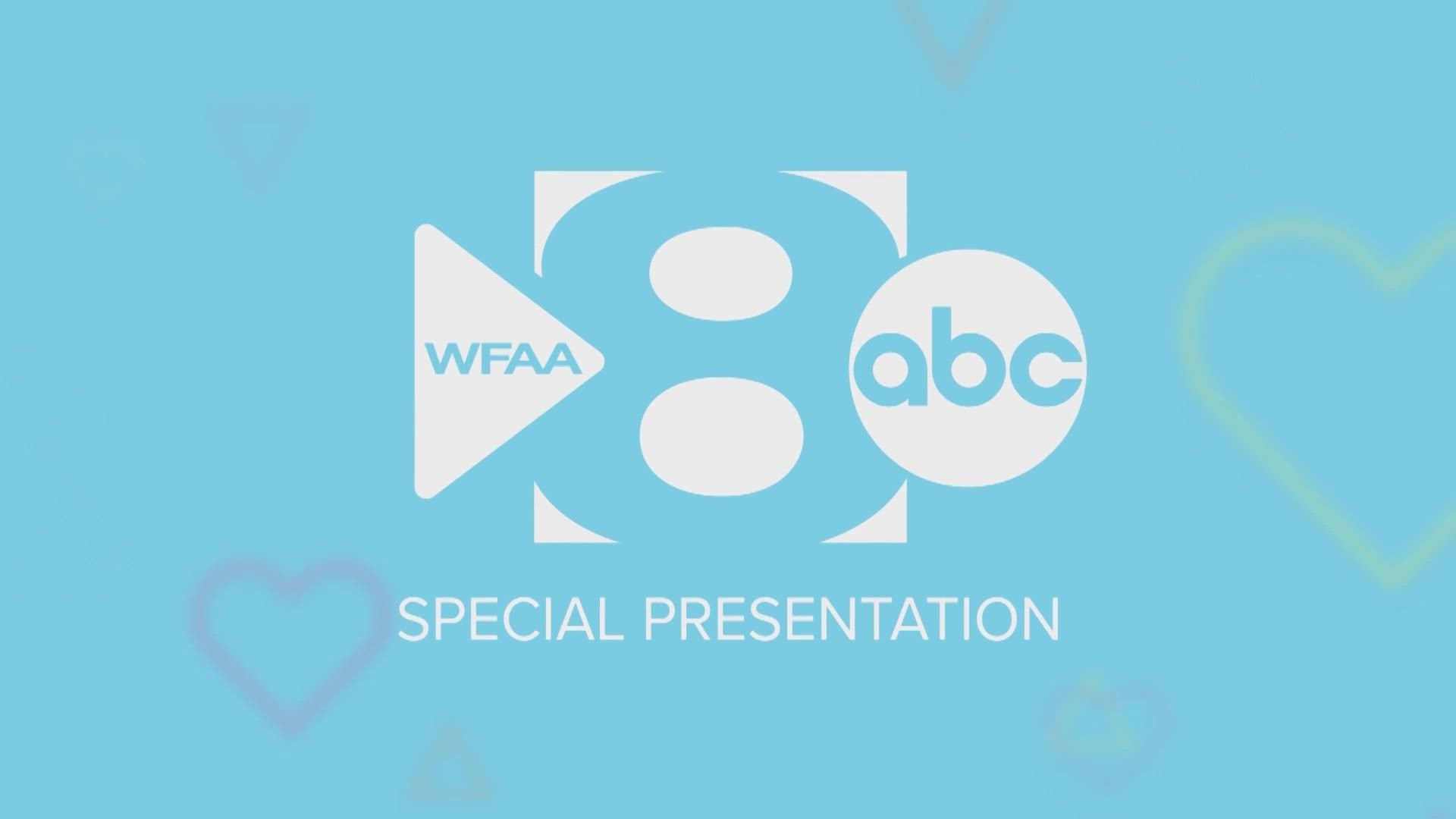