Navy veteran found in his apartment had been dead for 3 years, medical examiner says

"My biggest question is how in the world could my son have been dead in that apartment and nobody knows anything," asked Doris Stevens. 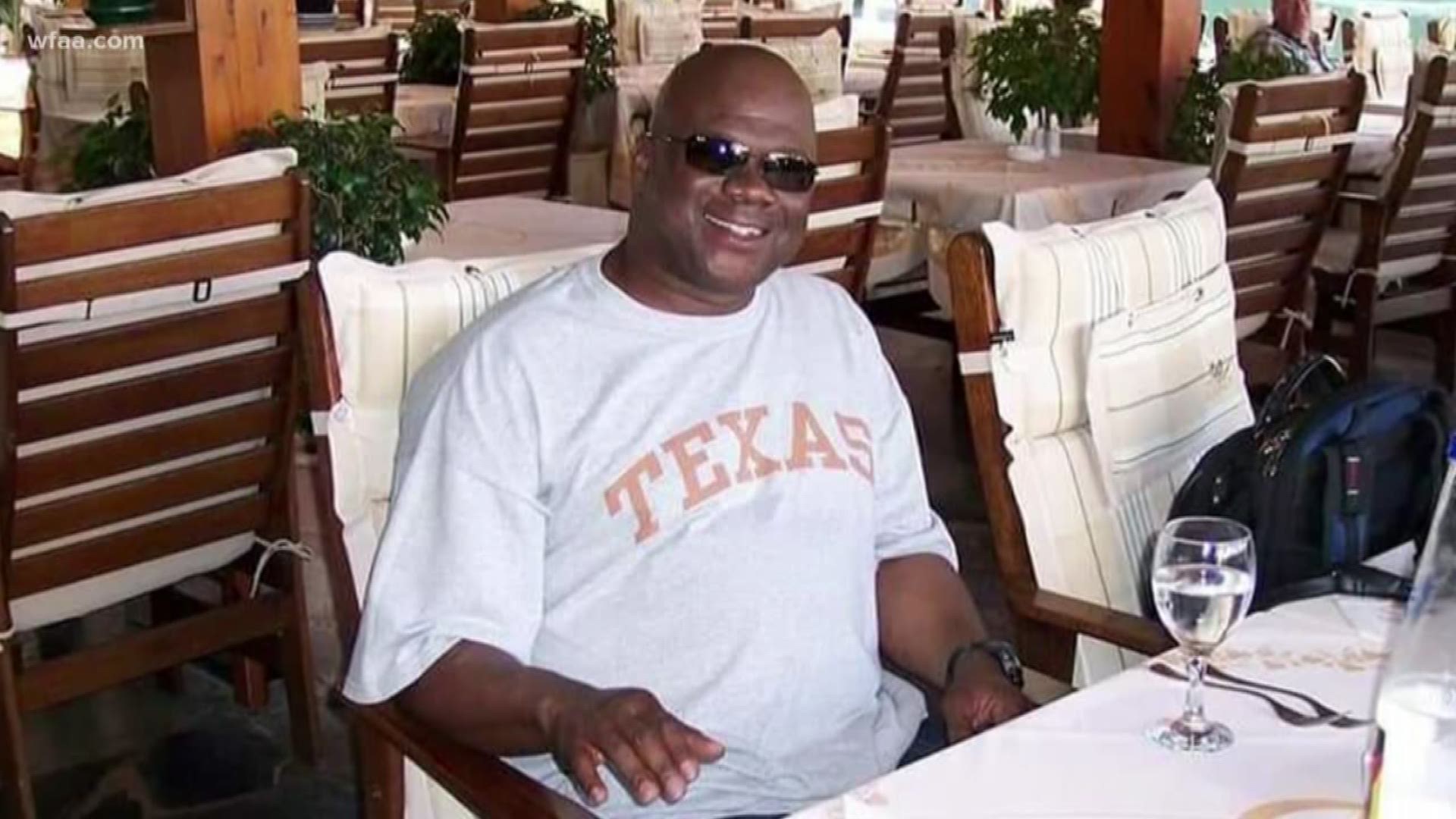 DESOTO, Texas — The family of a man found dead in his DeSoto apartment last week is stricken with grief and plagued with a multitude of questions. A medical examiner determined that Ronald Wayne White had been dead in that apartment for approximately three years.

White, who would have been 51 years old at the time of his death, was a Navy veteran who traveled the world working for a defense contractor.

But three years ago the phone calls stopped. Stevens, who lives in Long Island, New York, said she became suspicious when she couldn't reach him on his birthday in April of 2017.

Stevens said her family didn't have enough money to hire a private investigator. A search of his previous addresses, including the most recent in Glenn Heights, turned up nothing. He'd simply vanished.

"All them days, holidays, I just suffered. Because nobody wanted to help find him," Stevens said.

Multiple police departments had told her that because he was an adult and known to travel extensively, they could not pursue it as a missing person case.

That is, until last week at the DeSoto Town Center Apartments on East Pleasant Run Road.

DeSoto police said the apartment complex was investigating multiple units where it appeared tenants were not using water.

Some were rented, but empty. But when they had to force the bolted door open at unit 1320, they found Ronald White dead on the kitchen floor. The medical examiner confirmed he died approximately three years ago.

"When the medical examiner told me three years, my knees gave away. Three years? And that's what I can't get past in my brain. I can't get past three years," Stevens said. "My biggest question is, how in the world could my son have been dead in that apartment and nobody knows anything?"

How did no one notice?

"What I can tell you is it is very clear when officers entered that he had been there for a while," confirmed Pete Schulte, a detective with the DeSoto Police Department.

DeSoto police said White had a month-to-month lease paid through an automatic withdrawal from an account linked to his Navy retirement. His apartment, on the third floor at the very northwest corner of the complex, is new, well-insulated and all the windows were locked and sealed tight.

Schulte said a downstairs neighbor did complain, approximately two years ago, about a small amount of liquid seeping through her ceiling. But he said maintenance inspected it, moved on once it stopped and didn't enter White's upstairs apartment when no one came to the door.

He also said police investigators found medications for diabetes, dated 2016, inside the apartment. They said his family confirmed to them that White was a diabetic.

"The way he was found, the way the apartment was arranged and so forth, there was zero indication of foul play," said Schulte.

White's pickup truck, a gray Ford F-150, is also still in the public parking area of the DeSoto Town Center parking garage. It is covered in dust and there are several advertising leaflets under the windshield wipers.

It was apparently never reported as suspicious.

WFAA's questions about how the body could have gone unnoticed for three years were directed to a public relations firm representing the apartment complex.

A spokesperson for DeSoto Town Center replied with this written statement:

"Our thoughts and prayers are with the family of Mr. White during this difficult time.

Mr. White was frequently out of the country and his bills were paid through automatic withdrawals from his accounts. Our maintenance personnel discovered his body when they identified and responded to a service issue at his apartment. We are cooperating with the police as they investigate this incident."

WFAA's search of his records found multiple addresses for Ronald White, but not the apartment in DeSoto. Neither his mom nor his adult children said they knew he rented an apartment there.

White was single, having divorced approximately 20 years ago.

"I can't hardly cope with it to be honest with you," Stevens said. "And if I wasn't around them [her son's friends, I probably wouldn't. I can't hardly deal with it."

"It is sadness to see that a veteran, a decorated veteran, had to go out like this," said White's friend and fellow Navy veteran Jerry Hannon.

Funeral arrangements are pending. Various tests, like toxicology, are being performed by a medical examiner to see if a cause of death can be determined.