"We thought our truck had been stolen." 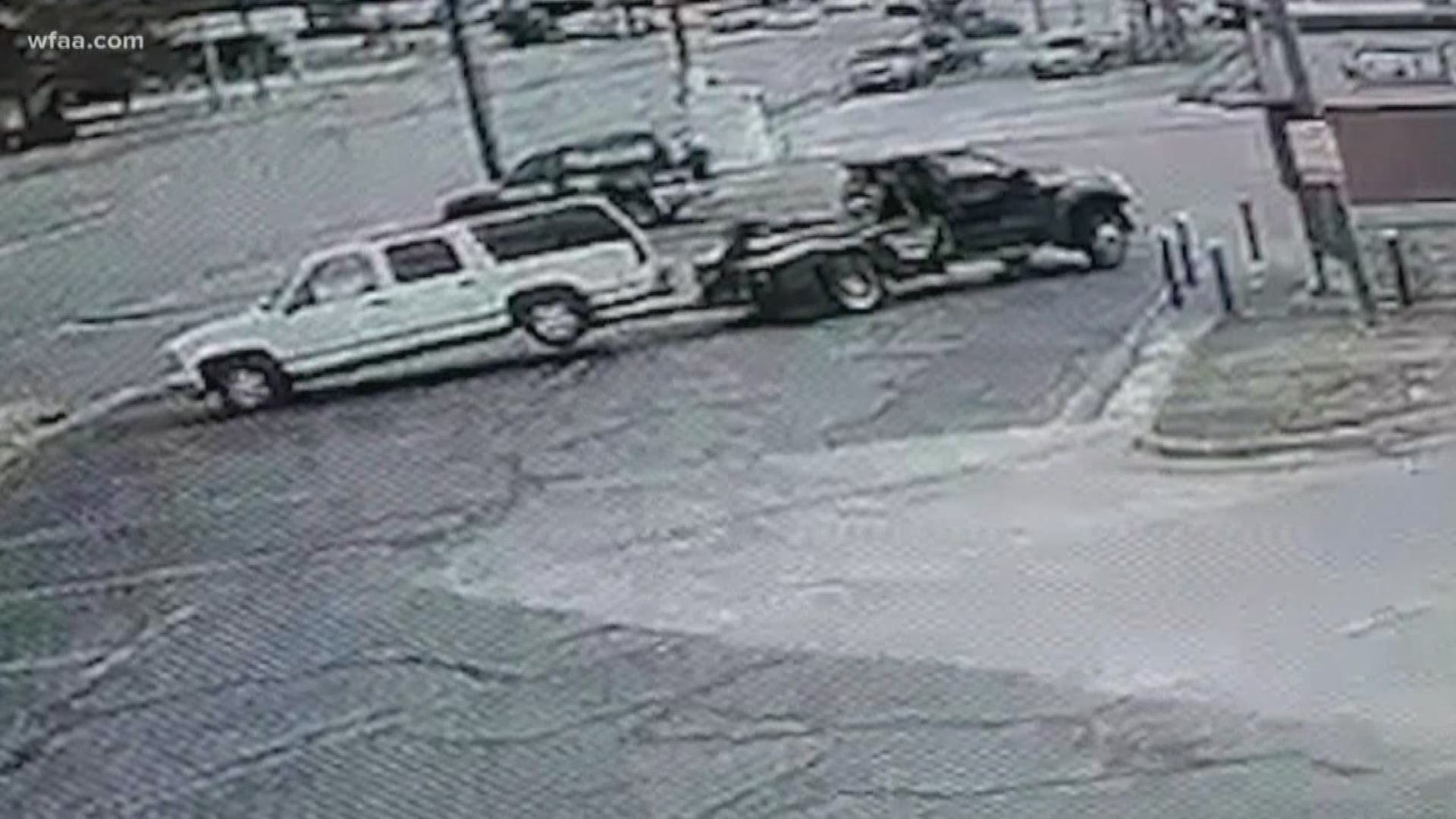 DALLAS — Rodolfo and Catalina Gaona shop at the same grocery store every week, so they were shocked when they came out and their truck was gone.

"No car. Nothing. Nada,” said Rodolfo.

They thought it had been stolen.

"When we came out, we looked around and we thought, 'Oh no, they stole it,'" said Catalina.

The store manager pulled up the surveillance camera videos and showed it to the couple.

The footage shows a tow truck driver getting out of his truck and then nailing a "No Parking" sign on a pole near where the elderly couple was already parked.

The video then shows the driver towing the vehicle.

"I knew automatically because I am a former prosecutor and I thought, 'This is a theft. They stole from these people,'" said Attorney Angel Mata.

The couples' truck was towed by All City Towing in Dallas, according to police.

WFAA went to the business to get some answers.

A man who called himself Victor approached us and said told us he is the one who towed the Gaona’s truck. “Victor” would not give us his last name.

"You towed it? You are the one who put up the sign and towed?" we asked.

"I am the one who handles properties and towing signs,” he said.

He claims he was just putting up signs that should have been up in the first place and the Gaona's were illegally parked.

"Do you make it a habit to post up signs and then tow people's trucks and cars?" we asked.

"We make it a habit to keep all our signs updated," he said.

But, when we went back to the grocery store, the sign had been taken down.

"You can't put up a sign when someone is parked and then just take their vehicle. It has to be clearly posted,” said Mata.

The elderly couple had to walk six blocks home with their groceries and were forced to pay nearly $200 to get their truck back.

“They are in their 80s. They are on a fixed income, and that’s a lot of money out of their pocket. It’s their grocery money, their rent money,” said Mata.

"They robbed us. There was no reason to tow us,” said Gaona.

WFAA has learned All City Towing has been in trouble before and had their license suspended for about a year.

The Dallas Police Department has a copy of the video and is investigating this incident as an auto-theft.