A. Maceo Smith fought against school segregation in the Sweatt v. Painter lawsuit, a case that paved the way for Brown v. Board of Education. 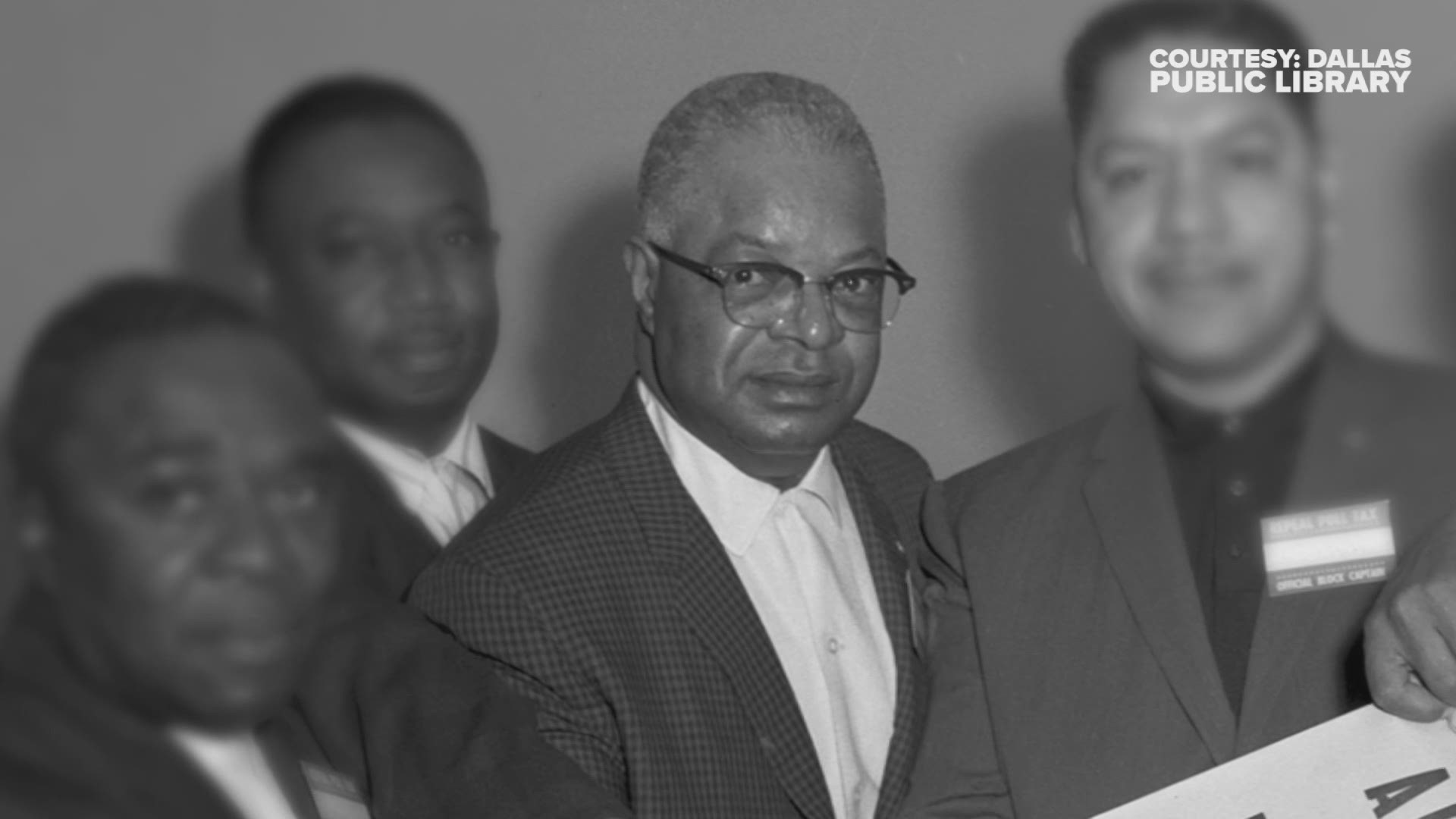 DALLAS — Antonio Maceo Smith was an educator and entrepreneur but, most importantly, a civil rights pioneer for Dallas. He changed the lives of many across North Texas during his life and for generations to come.

Smith was born in 1903 in Texarkana to Howell and Winnie Smith. After high school, he attended the historically black college, Fisk University, in Nashville, Tenn. After graduating in 1924, he went on to get his MBA at New York University and his Master's at Columbia University.

RELATED: From Atlanta, Texas to 'barnstorming' in the sky, meet the first Black woman pilot

Smith started his career running an advertising agency in New York before heading home to Texarkana to run a real estate firm.

In 1932, Smith moved to Dallas to teach in the segregated Dallas public schools and also publish a weekly black newspaper, The Dallas Express. Smith advocated for Black economic and political empowerment.

The following year, Smith joined the Dallas Negro Chamber of Commerce, becoming the first executive secretary for the organization. One of his earliest accomplishments was creating voter registration drives.

RELATED: Regarded as the first Black millionaire in Texas, William McDonald's legacy has lived on in Fort Worth

He also became deputy director of the Hall of Negro Life at the Texas Centennial Exposition in 1936. In 1937, he became an administrative aid with the Federal Housing Administration (FHA).

Smith was a leader in the Texas Council of Negro Organizations, Dallas NAACP and the Alpha Sigma Lambda Chapter of the Alpha Phi Alpha fraternity. He served as president of the fraternity in the 1950s. It was around this time he earned the nicknames "Mr. Civil Rights" and "Mr. Organization" of Texas.

In 1944, Smith worked closely with the legal team of the NAACP on the voting rights lawsuit Smith v. Allwright, which got rid of white primaries across the nation.

Smith also fought against school segregation in the Sweatt v. Painter lawsuit, a case that ended educational segregation in Texas and paved the way for Brown v. Board of Education.

Smith went on to play an integral role in the desegregation of public facilities and schools in Dallas. Smith passed away in Dallas on Dec. 19, 1977, at the age of 74.

The A. Maceo Smith Federal Building in downtown Dallas is also named after the civil rights pioneer.