The memorial was initially approved for 24 hours in University Park. Organizers said they were invited to display it at Thanksgiving Square Park for a month. 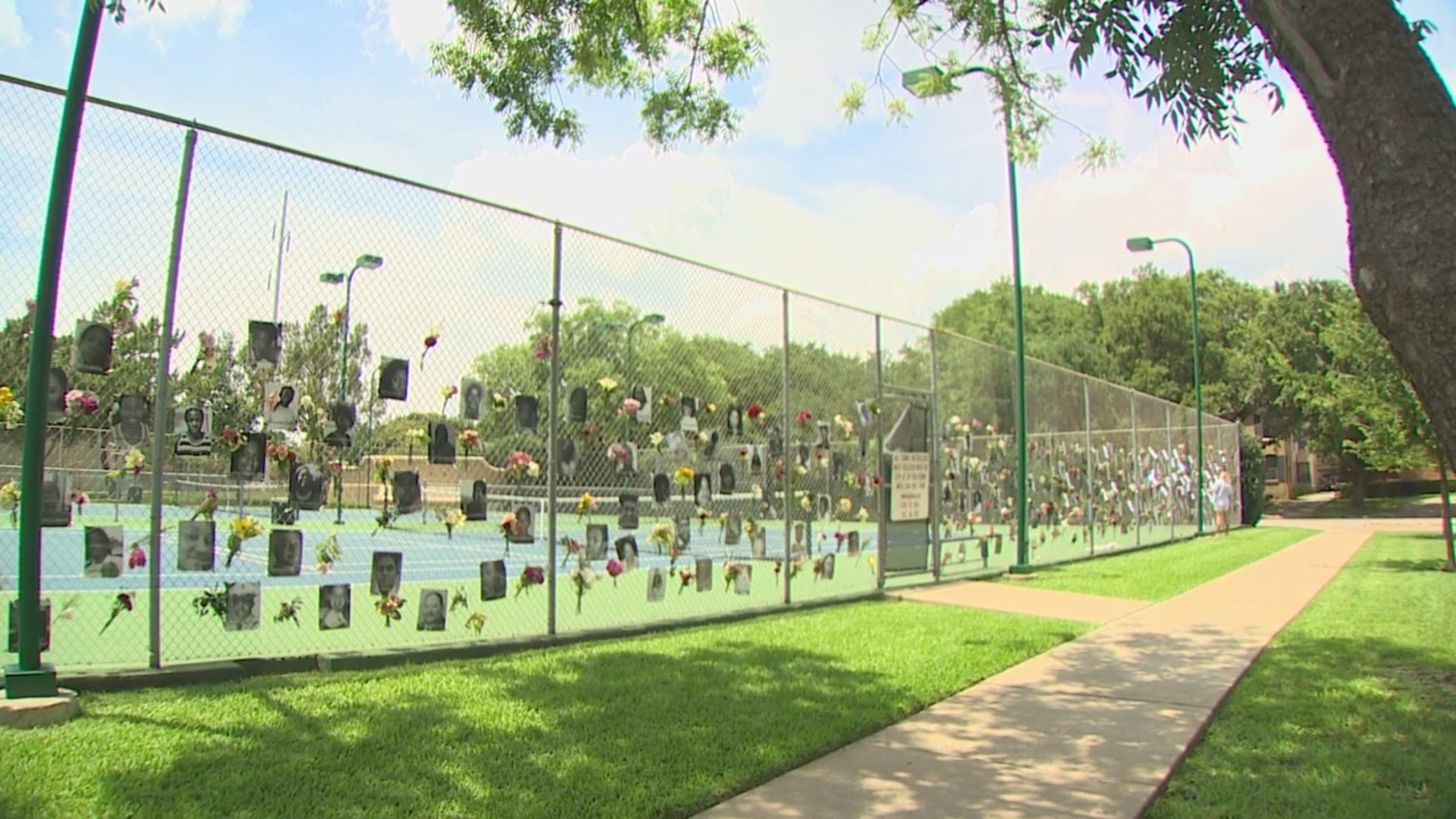 DALLAS — A memorial to honor Black lives lost to violence is now on display in downtown Dallas after first appearing at the City of University Park’s Germany Park last week.

When organizers Alicia Rico and Emily Clarke set up the original display on a tennis court fence, they hoped it would start an honest conversation about how race relations can improve.

The memorial was initially approved to be up for 24 hours. Clarke and Rettig said they were then invited to move it to downtown Dallas at Thanksgiving Square Park.

It was set up Friday morning and will be up for a month.

The memorial includes fresh flowers, and names and faces of recent victims including George Floyd and Atatiana Jefferson, the woman killed by a Fort Worth police officer inside her home last October.

Emmett Till's photo is on the fence, too. The 14-year-old was abducted, beaten, then shot and his body dumped in a river in Mississippi in 1955 because he allegedly whistled at a white woman.

The photos include Addie Mae Collins, Cynthia Wesley, Carol McNair and Carole Robertson - the four girls killed when members of the KKK blew up the 16th Street Baptist Church in Birmingham, Alabama with 15 sticks of dynamite in 1963.

"You know this is a shocking message. It's a lot of lives," said Rico, when she first set up the display in Germany Park.

"I was overwhelmed by the volume," said Clarke, who helped pattern the display based on something that appeared in Portland, Oregon. "I was not prepared for mejust how many faces there would really be."

The women said they wanted their neighborhoods, far removed economically and racially from the Black Lives Matter movement, to be part of the conversation too.

"And just open our hearts and speak equality," Rico said. "And spread that message to all of our neighbors and friends."