Merci 'Pooda' Mack, 22, was found with multiple gunshot wounds in the parking lot of The Rosemont Apartments. Homicide detectives are searching for leads. 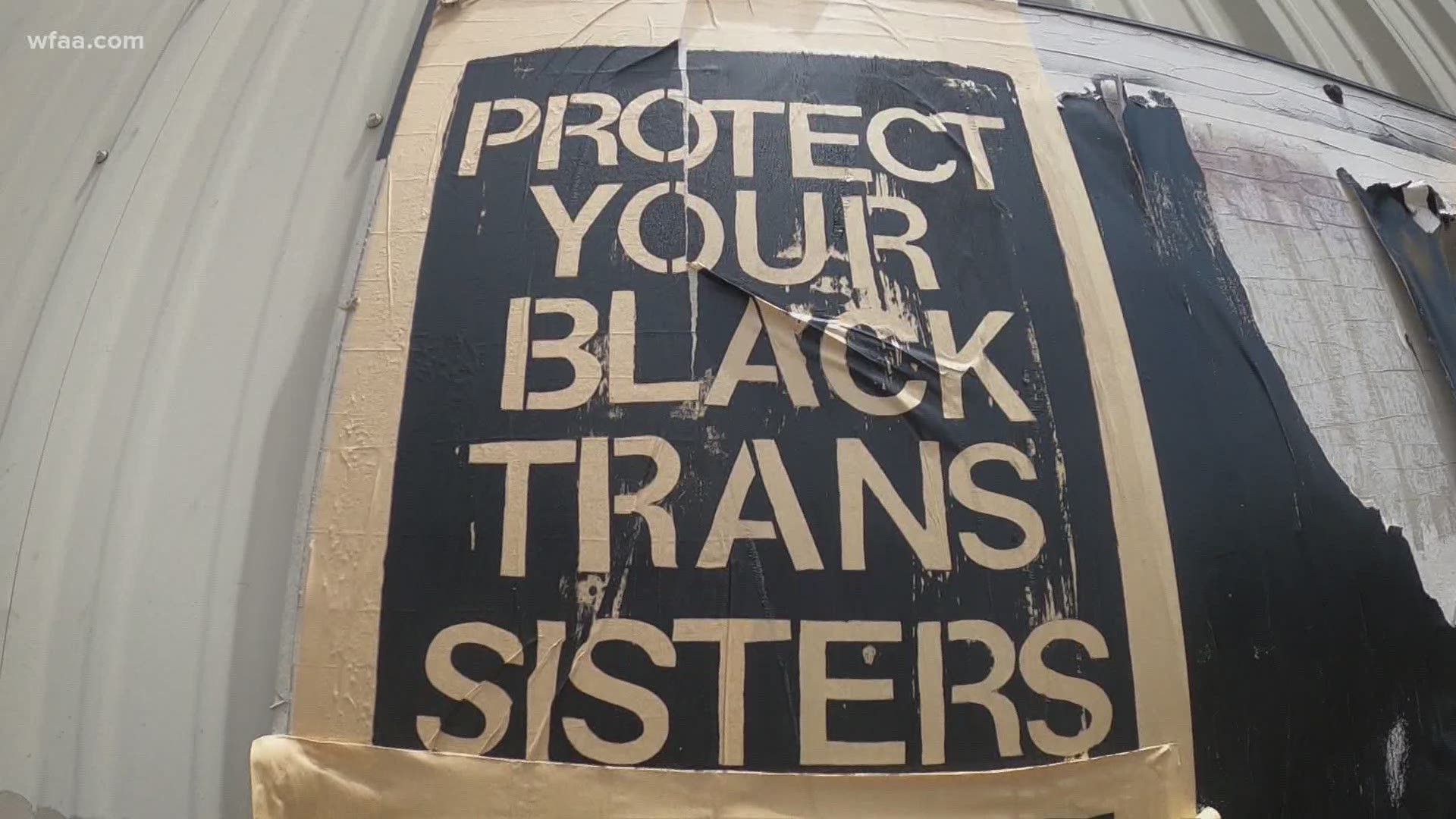 DALLAS — Neighbors at the Rosemont Apartments in east Oak Cliff are rattled, as Dallas police investigate the death of a Black transgender woman.

Family members have identified the victim as 22-year-old Merci “Pooda” Mack. She was found unresponsive in the complex located at 3015 E. Ledbetter Drive on Tuesday.

"To turn around and see something like this happen to a Black trans woman, and more than likely because they are trans, even though they are Black, it’s very devastating,” Naomi Green with Abounding Prosperity in Dallas said. "It’s a huge slap in the face."

Green called the killing a big blow to the community.

Credit: Facebook
Merci Mack was known to her family as "Pooda."

Tenants at the complex told police they heard gunfire around 5 a.m. on Tuesday. Investigators said there were no calls, however, to 911.

The killing happened on June 30, the last day of Pride month. The tragedy also comes days after LGBTQ advocates and Black Lives Matter supporters took to the streets in Dallas to speak out about equality and other issues.

"Black lives are inclusive of Black transgender lives,” Grayson said. "The entire trans community, we hurt. We feel the same pains as the rest of our community feels, and the losses that we are suffering in our community, they are felt doubly.”

Mack’s death puts Dallas in the national spotlight, yet, again. According to the Human Rights Campaign, at least 27 transgender people were killed across the country in 2019. Most of those victims were Black transgender women. Several of those cases happened in North Texas.

"We have another trans woman, another young Black trans woman murdered again in Dallas. How can you say that it’s not already a trend, versus it’s becoming a trend?” said Green.

Investigators are urging anyone with information about the shooting to call Detective Tabor with the Dallas Police Department’s Homicide Unit at 214-f671-3605 or brian.tabor@dallascityhall.com, for case #114244-2020.