Eve Wiley only learned that Dr. McMorries was her biological father after taking consumer DNA tests in 2017 and 2018. 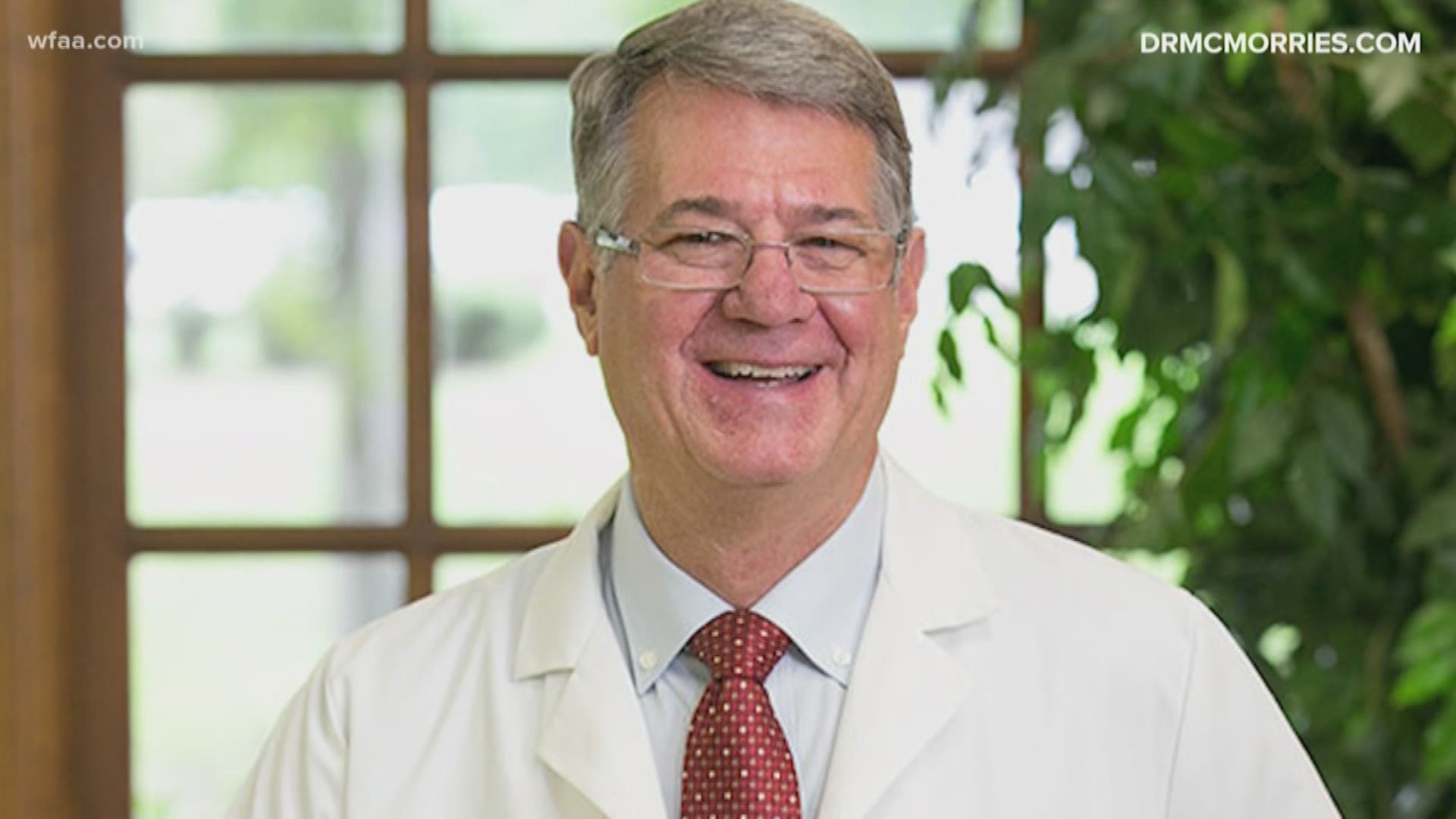 DALLAS — The Texas Medical Board has declined to act against a fertility doctor who inseminated a woman with his own sperm rather than from a donor the mother selected.

Though Texas lawmakers have now made such an act illegal, the Texas Medical Board found the actions did not “fall below the acceptable standard of care,” and declined further review, according to a response to a complaint obtained by WFAA.

In a follow-up email, a spokesperson told WFAA the board was hamstrung because it can't review complaints for instances that happened seven years or more past the medical treatment.

“It is very much a slap in the face that the Medical Board chose not to take action,” Wiley told WFAA. “…I think it is really frustrating – my mother being a victim and me being the product of that, that they do not take something and consider something like this very seriously.”

Wiley only learned that McMorries was her biological father after taking consumer DNA tests in 2017 and 2018. She told WFAA she recently learned she has a half-sister and two half-brothers who were also allegedly fathered by McMorries.

“I'm not after charges against him; I'm after changes,” Wiley told WFAA. “And that's why I've focused on legislation not only in Texas but other states as well."

McMorries didn't return WFAA's call or email for comment about the board’s response to the complaint. Wiley said McMorries has admitted to being her biological father.

Texas joined Indiana and California in making this type of fertility fraud a crime from here on out. Texas law goes the farthest, making it a sexual assault for a health care provider to use human sperm, eggs or embryos from an unauthorized donor.

Rep. Stephanie Klick, R-Fort Worth, the House sponsor of the law that passed unanimously, called the Board’s response “maddening.”

“I believe at the very least they should have investigated to see if the practice is continuing today,” Klick told WFAA.

She said she hopes Texas lawmakers eliminate any loopholes that may hinder the Texas Medical Board from investigating future complaints.

“It would be shocking if I wasn't so familiar with what they have done in the past,” Zedler told WFAA “…This this may be the thing that finally drives the nail to have something done about the medical board.”

Zedler said the board’s guidelines limiting investigations to only go back seven years was enacted to prevent doctors from having to hold on to paper records indefinitely.

“Forget the paper work,” Zedler said. “The board could have acted here because there is irrefutable evidence of what the doctor did. And that evidence is Eve Wiley herself.”

Dr. Jody Madeira, a law professor at Indiana University, is the one who actually filed the complaint after hearing Wiley’s story.

“It really seemed that Dr. McMorries was escaping any kind of accountability whatsoever,” Madeira told WFAA.

“This was an option, one possible thing to make sure that this doctor was held accountable for his actions,” Madeira said.

With the advent of affordable consumer DNA testing, a growing number of individuals have learned that fertility specialists may have secretly used their own sperm for artificial insemination.

Wiley is part of an online community of offspring that – often decades later – have learned that their biological fathers were their family’s fertility specialists.

Wiley told WFAA her online group has identified 48 doctors – most of them in the United States – of doing what McMorries admitted to.

“So, this is way more widespread than anyone would have thought,” Wiley said.