Ever watch a storm roll in from your porch? It was one of Nikki Hastings' favorite things to do. Now, she's not sure if she will do it again. 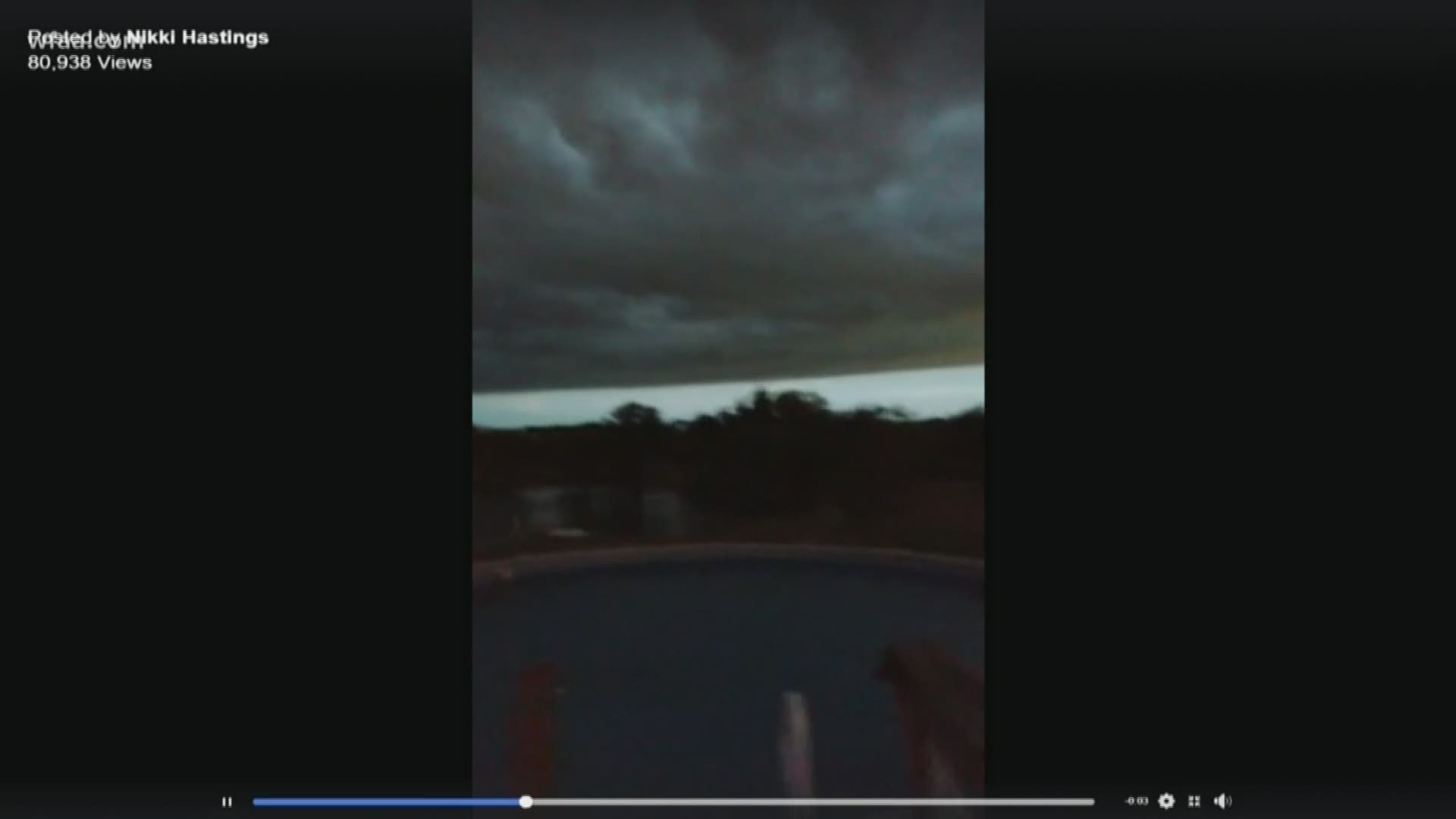 CELINA, Texas — From Nikki Hastings' back porch, the fields of Celina stretch as far as the eye can see. Those views have turned her into something of a weather watcher over the years.

"Out here, we especially get some really weird and wicked storms so I like filming them," she said from her seat on a bench on her deck.

She was on the deck Tuesday night as a cold front moved in, bringing some strong thunderstorms with it. Just after 7 p.m., Hastings shared her view of the clouds on Facebook Live, as her mother Diane watched from the window.

"All of a sudden, BOOM," said Diane, of the moment everything changed.

"It was like a bomb going off…and a blast," Hastings said. Her video was only a few seconds, but in it, you see several cracks of white light, and then she went flying — along with her phone.

"I just started screaming," said her mother. "I thought…I thought she was dead."

We don't know if Hastings herself was hit by that bolt of lightning, or if the force of the strike threw her. A day later, some of the deck and part of their flag pole are still charred, and Hastings is sore all over.

"I feel like somebody fried my bones," she said.

After watching the video, it's amazing she's here to tell the tale.

"No one should have survived that…but she did," said her mom.

The odds of this happening are in the thousands, so Hastings can't help but find meaning in it.

"I was kind of doubting my faith," she said. "And I just find it ironic that that happened and I was left OK."

In that flash of light, she heard this message.

"Not to lose hope, and to not doubt God, because he saved me," she said.