Lewisville's Sun Valley Aquatic Center's opening has been postponed from Memorial Day weekend to June 12 while the city searches for lifeguards. 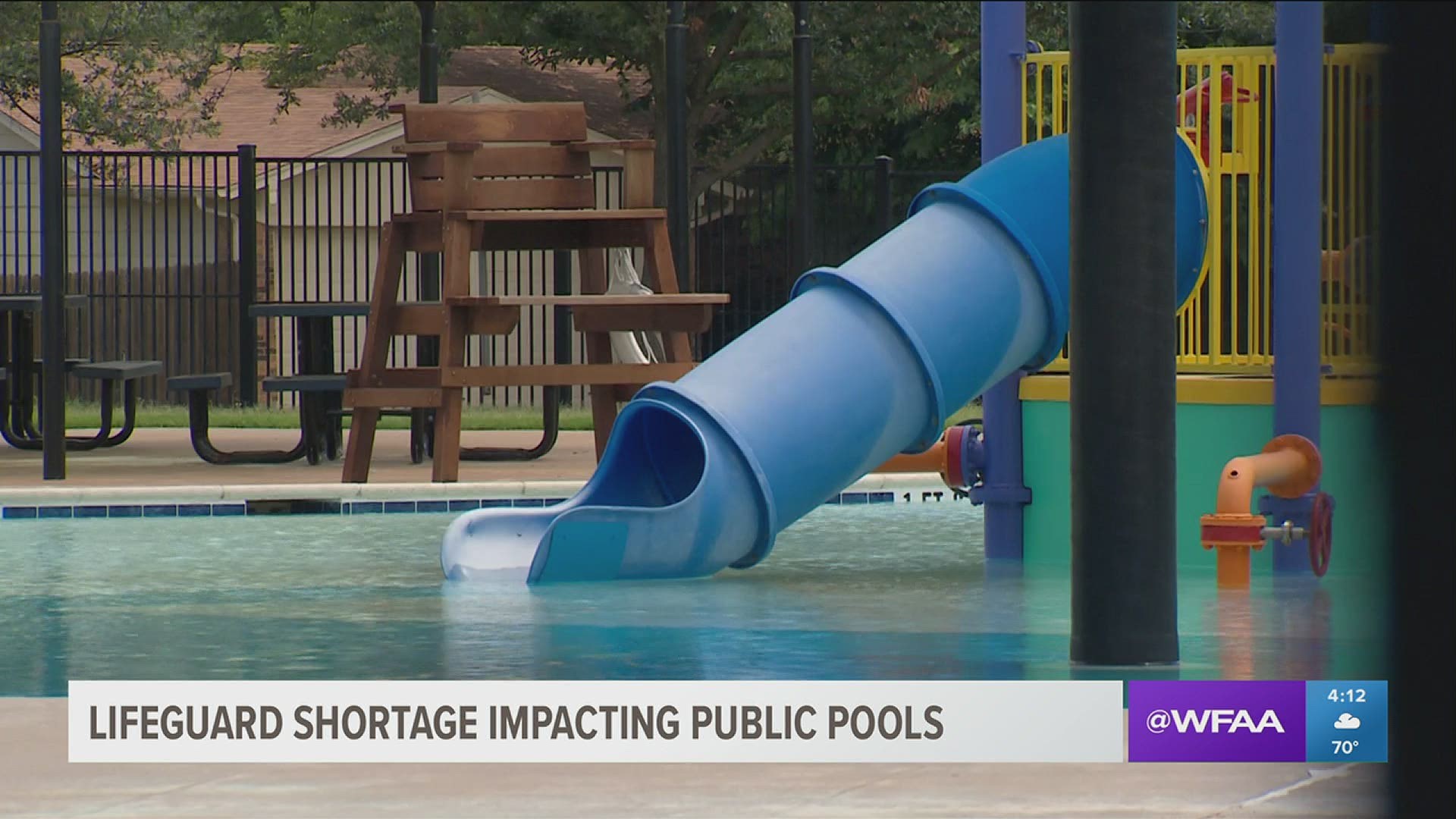 LEWISVILLE, Texas — Memorial Day usually means an exciting opening weekend for the Sun Valley Aquatic Center in Lewisville. But things are a bit different this year, and a lack of available lifeguards is to blame.

"We were looking forward to opening up fully this summer for a full summer season of fun there, however we've had a lifeguard shortage so we're not opening as we planned this weekend," said Stacie Anaya, the director of Parks and Recreation for Lewisville.

A lifeguard shortage, affecting cities around the Dallas-Fort Worth area and beyond, has the city postponing this particular facility's opening date to June 12. Its other pool facility, an indoor pool at THRIVE, remains open.

"We need approximately 30 lifeguards to open up for our full schedule this summer [at Sun Valley]," Anaya said. "We have one fully on board and have others in the process, so we have a big gap we need to fill."

In Irving, it's a similar story.

"Right now, just like everybody else in the industry, we are struggling to fill positions with lifeguards," said Joe Moses, the city's Parks and Recreation director.

Moses said the city had already planned to only open their two aquatic centers and keep their three regular pools closed. But even with just two open facilities this year, they don't have enough lifeguards and are having to shuffle natatorium employees to make it work.

So what's causing the shortage?

"I think it's a combination of things," Moses said.

Both Moses and Anaya said cities weren't able to recruit at high schools like they normally do this past year. Plus, COVID-19 is still a concern, and some families might opt to keep their children from having summer jobs. Also, competitive pay offered at other jobs might be keeping applicants away.

In Lewisville, Anaya said they recently increased lifeguard pay from $10 an hour to $13 an hour and now also pay for lifeguards to get trained on the job, rather than applicants needing to pay for it themselves.

They hope these steps help, but if they can't find the 30 lifeguards they need to safely open Sun Valley, Anaya said they'll have to reassess the pool's summer plans.