A number of business were damaged and looted Friday night after a small group broke off from what had been largely peaceful protests. 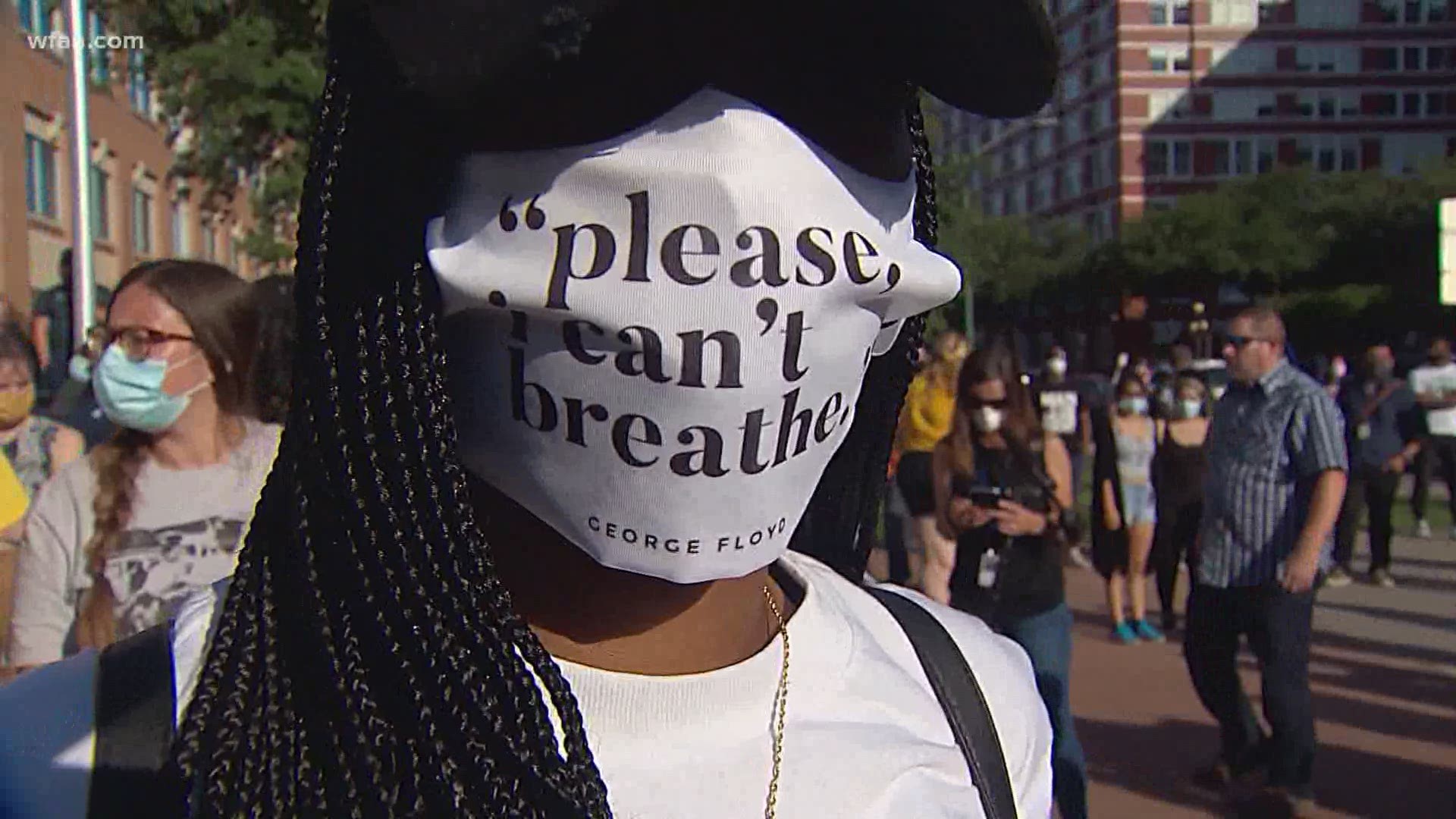 Large numbers of community members showed up to support the owner and staff of BurgerIM in Dallas' West End on Saturday after vandals smashed the windows to the bar and restaurant overnight.

Owner Wes Williams, who is also a Dallas firefighter, said he is the first and only black restaurant owner in Dallas’ West End.

After mentioning the vandalism on social media, large crowds showed up to support the restaurant this afternoon. The support turned into a small block party.

Mark Cuban was among the patrons who stood in line waiting to support the business by buying a meal.

The business was one of a number damaged during weekend protests over the deaths of George Floyd in Minneapolis and Breonna Taylor in Louisville. Police officers were involved in both of their deaths.

Since Floyd's death on May 25, thousands have taken to the streets to protest and civil unrest has continued to escalate in cities across the country, particularly Minneapolis.

In Dallas, police officers and state troopers set off tear gas Friday night and early Saturday in the downtown core after protesters set fire to a squad car and refused to disperse.

Dallas police sources told WFAA they were bringing in arrest teams just after 1:30 a.m. Saturday, after some demonstrators broke off from an hours-long peaceful protest on Friday and became destructive. A number of businesses were damaged or looted in Deep Ellum and downtown, including BurgerIM.

Dallas' Chief of Police Renee Hall said during a news conference on Saturday afternoon that while what happened in Minneapolis was "unacceptable," so too is "rogue vandalism" that tears up the local community.

"There's no excuse, it was murder. It's intolerable. But what I will say is it's not representative of every police officer in this country."

Dallas Mayor Eric Johnson acknowledged during the conference that the majority of the protesters had been peaceful and used their voices for good.

"Those protests gave voice to the many people of color in this country who have long felt frustration and pain that I not only understand but that I share," he said. "I respect those folks who came out last night for stepping out and calling for justice in the memory of George Floyd. What happened to Mr. Floyd and others before him was brutal and unacceptable."

"We applaud those who stand up and protest against police brutality because we do too," she said. "And we stand with them."

The mayor also, however, said that there was looting and vandalism done by a "small group of people whose agendas had nothing to do with human rights or civil rights."

"They exploited a collective cry for help for their own personal gain by looting," he said. "They chose to destroy things at a time when we should be building each other up. And we just can't allow that."

The George Allen Courts Building and the Earle Cabell Federal Building were among the damaged buildings, according to a Dallas police spokesperson. Several marked squad cars were vandalized as well.

Several arrests have been made during the protests, though Dallas police have not yet released total numbers. No protesters have been reported injured yet, though one Dallas police officer and one DART officer were both treated for minor injuries from flying debris Friday night, officials said.