Cellphone video capturing the interaction between the deputy, the mother, and her daughter has gone viral. The sheriff's office is now investigating the incident. 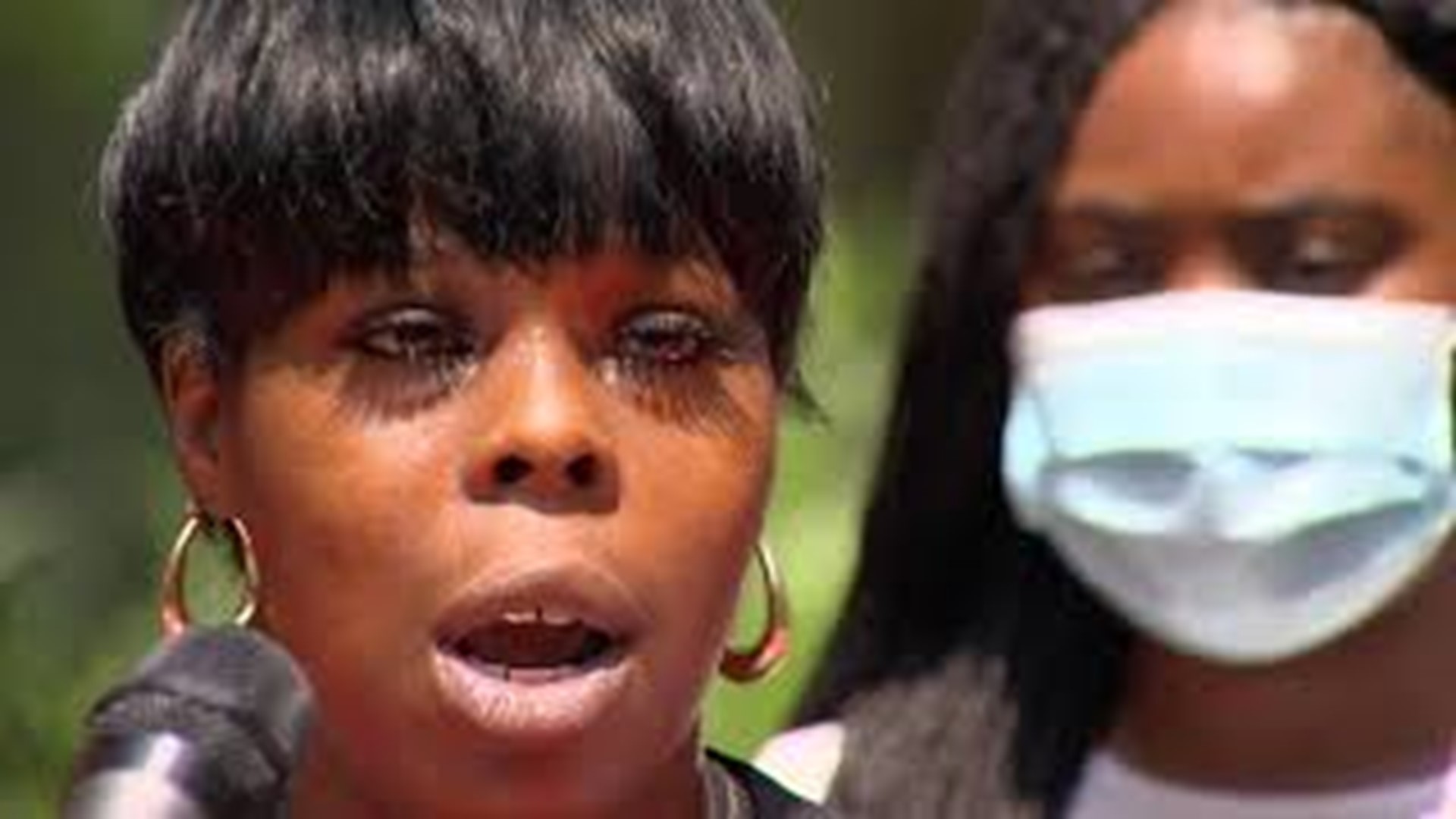 KAUFMAN COUNTY, Texas — A Kaufman County sheriff's deputy is now on administrative leave pending an internal affairs investigation after an interaction he had earlier this week with a Forney mother, and her daughter went viral.

The sheriff's office was flooded with calls and demands from Dallas activists requesting the deputy in question be terminated.

It prompted the agency to release unedited body camera footage of the interaction Thursday evening.

Per a Kaufman County spokesperson, the investigation began Wednesday when the mother and daughter shared a cellphone video to social media of their interaction with the deputy.

Kaufman County has only identified the deputy as "Deputy Martin."

The cellphone video begins with Martin straddling and restraining 18-year-old Nekia Trigg near her home on Tuesday.

The body camera footage and 911 calls do answer why Martin is there.

The agency released at least two calls from a man and a woman concerned about Trigg, who noticed her walking in the street barefoot as well as crying.

Trigg's family, however, said the teen was upset but just walking home from a relative's house nearby.

"I almost ran her over," one woman said. "She said she wants to be run over and just to end her life."

"She is just throwing herself out onto the road," another man said.

Martin then explains why he is there.

"We got a call saying you were jumping out in front of cars, and I can't let you go walking off," Martin said.

Trigg responds by saying, "No, I wasn't."

However, Martin warns Trigg that if she keeps pulling away from him that he'll put her in handcuffs.

Within seconds, that happens as Trigg requests to call family in fear that Martin may hurt her.

Martin's body camera then falls off, but you can hear Trigg saying she can't breathe.

Ray's cellphone footage picks up where things left off on Martin's camera.

Over the course of her video, Deputy Martin asks Ray to stay back while she identifies herself as Trigg's mother and pleads for her to be released to family.

The incident escalates when Martin, surrounded by other deputies who responded to help, tries to take Trigg to a squad car.

Ray follows along, insisting that Trigg's handcuffs be loosened per the sheriff's office.

She puts a hand on her daughter, and when Deputy Martin intervenes to tell her not to touch Trigg, the agency says Ray struck him.

The video then shows Ray being arrested.

She was charged with interfering with public duties and assault on a peace officer.

The agency sent out a press release in tandem with the body camera footage and 911 calls Thursday.

In part, the agency explained that Deputy Martin's restraining method was a Jiu-Jitsu control technique that allows for persons in custody to be restrained without impeding their breathing.

The release also said that:

"The Kaufman County Sheriff's Office remains committed to transparency and cooperation with our community. Any complaint against this department is taken with the seriousness it deserves and will be followed with a complete and thorough investigation."

Ray spoke to the media Thursday saying, "The only thing I was trying to do was to check on my daughter. When I saw the officer on my daughter, it was nothing but God that allowed me to stay as calm as I was. I'm her first protector."

He did say that it's up to officers to intervene with a possible suicidal person to make sure they don't harm themselves.

"There are times when you have to do that," Hawthorne said. "We try to place them into custody or restrain their movement so that they don't hurt themselves."

Kaufman County will now review if Deputy Martin made the right call.