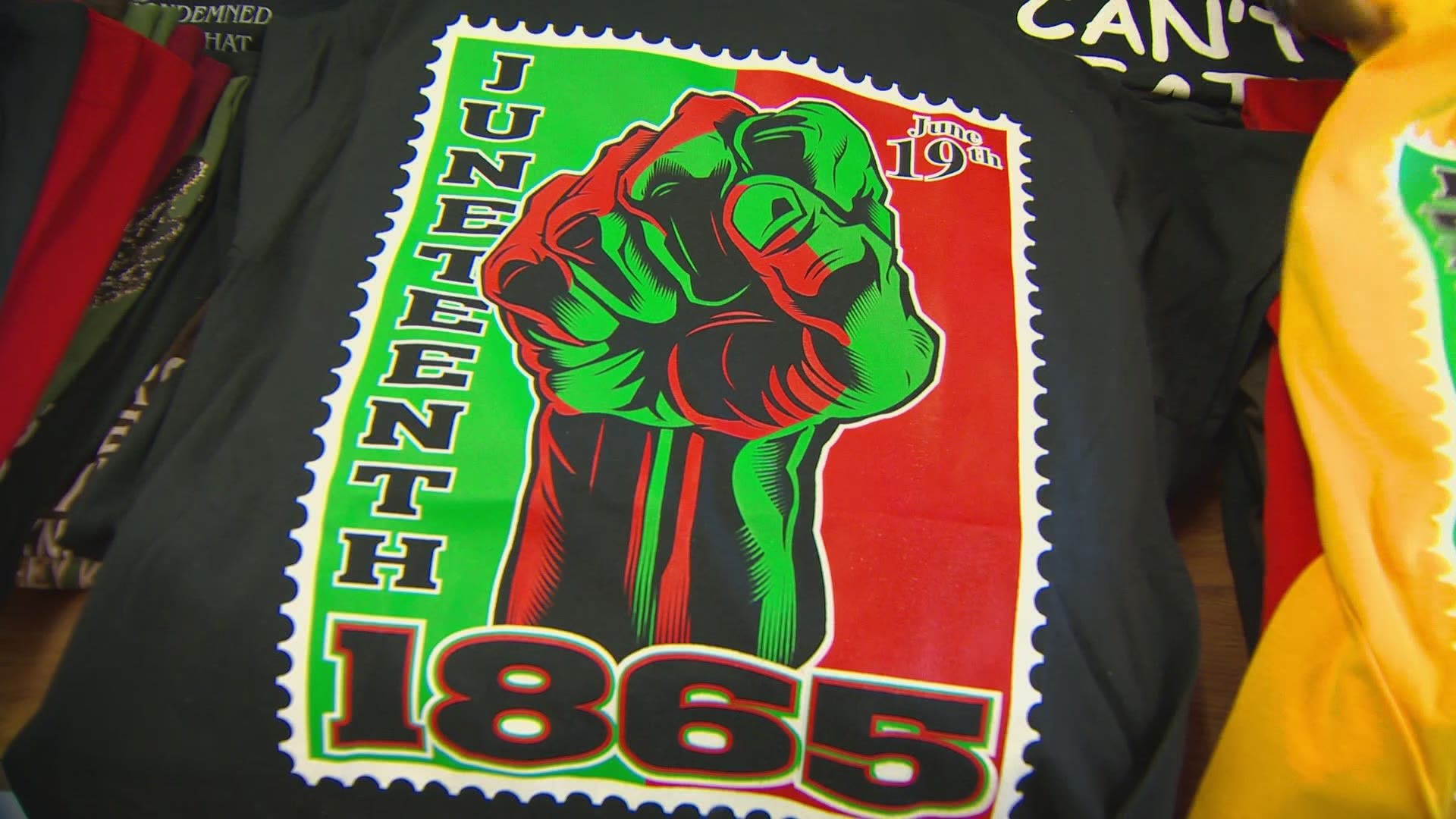 Across North Texas, people are preparing for Juneteenth.

The June 19 celebration recognizes the emancipation of slaves in the U.S. and the oldest holiday that marks the day troops arrived in Galveston, Texas back in 1865, to ensure all slaves be freed. That moment happened two and a half years after the signing of the Emancipation Proclamation.

In Dallas, the organization Dallas Southern Pride is announcing its line-up for "Juneteenth Unity Weekend."

“It is now vital, more than ever, to unite as a collective Black community,” said Kirk Myers, president of Southern Dallas Pride.

The group is partnering with the City of Dallas, the Dallas Mavericks and other agencies on a 4-day inclusive celebration from June 17-20.

“There’s been conversations about, well why is it a gay group that’s doing this? Again, a lot of the emancipation, the liberation and freedom stuff, and social justice issues coincides with the other marginalized communities,” said Myers.

The event will include vendors, health screenings and other resources for the community.

The entertainment lineup will include artists like Lil' Kim, Rick Ross, Young M.A and DJ Lo Down Loretta Brown aka Erykah Badu.

The City of Dallas is also hosting this year’s Juneteenth festival at Fair Park on June 19.

The Juneteenth festival will begin with a 3.5-mile march from William Blair Park to Fair Park. There will be a kid zone, a car show, concerts, food and vendors for the entire family.

Walmart will also be on hand offering the COVID-19 vaccine to those ages 12 and up.

“It’s more than a celebration. It’s about engagement. It’s about corporations engaging with communities that they do business in. That they meet people where they are,” said Blair.

For more details about these events and others, you can visit the following sites: