It will be a while before North Texas reopens, but a plan is being mapped out 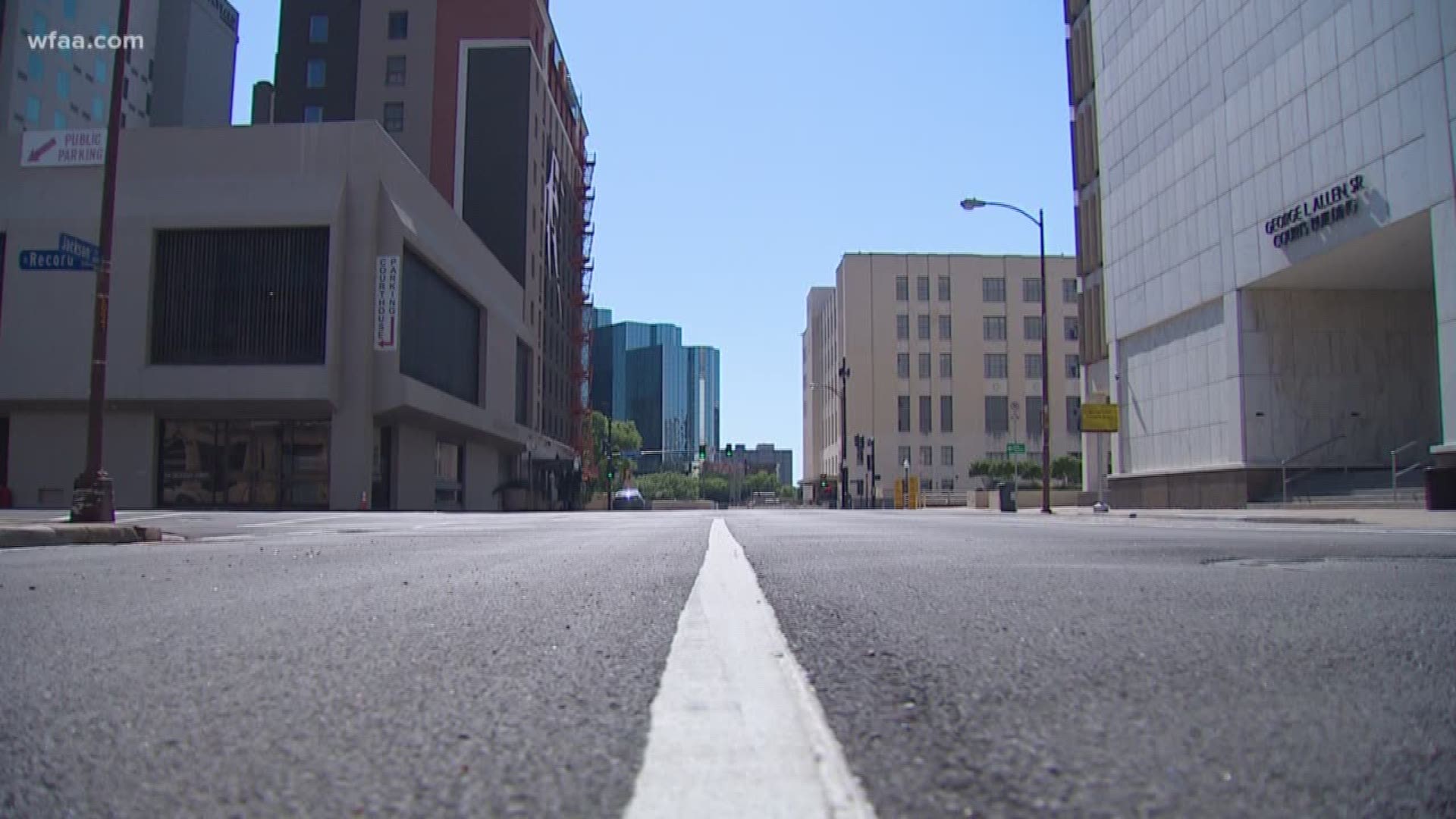 DALLAS — How do you begin to put cars back on highways? Put people back on sidewalks? Customers back in restaurants? And shoppers back in stores?

Those are the questions burning in minds across North Texas.

There are few concrete answers - only that we aren’t there yet, and that when it happens it must be a careful, gradual process.

Whitley was on a call with county judges from across North Texas on Thursday, where they agreed public health experts will lead the charge developing an evidence-based plan to reopen the region.

The DFW Hospital Council and the North Texas Council of Governments will work with local hospitals and healthcare providers to determine what data points should be considered signals that a loosening of the stay-at-home orders could begin in stages.

“We’ll do it in a very calculated way, but with the best medical knowledge we have available,” said W. Steven Love, president of the DFW Hospital Council.

“We want to do it as quickly as we can. But, at the same time - from a public health perspective - we want to do it in the most constructive way, so we do not have a resurgence of the virus.”

Neither Love nor Whitley would speculate about what data points the public health experts might use as guidance in formulating a plan.

“They felt like they’d maybe have something by next week to at least begin discussions on what the stages should look like,” he said. “We’ll get with the business community and say, ‘OK, at this stage, what does this mean to business?'”

Love stressed that neither hospitals nor medical professionals will be deciding what businesses open when.

“That’s their job,” he said of North Texas’s elected leaders.

He said cities in Asia and Europe that are starting to reopen, as well as cities like Seattle, might be used as models.

“Just as we’ve listened to them on social distancing and different things to try to stop the peak of this disease, I think we’re going to have to do the same thing when we begin to come out of it,” he said.

Their goal is to bring North Texas back to life without putting life in danger.