By most accounts, the Dallas area is a flashpoint when it comes to the number of arrests made by U.S. Immigration and Customs Enforcement. 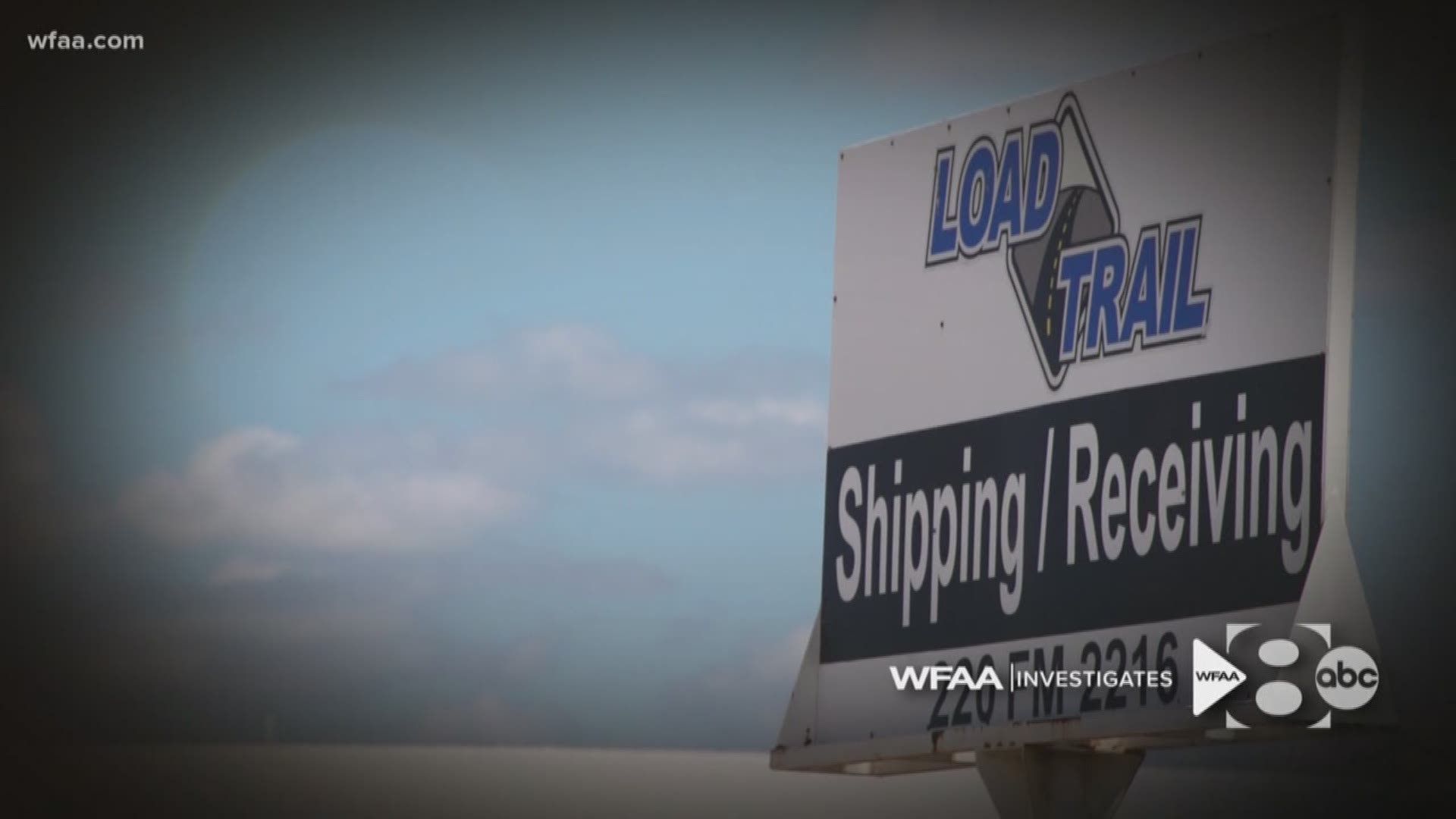 More than 60 former workers of Sumner-based Load Trail claim they regularly worked in excess of 40 hours each week but were not paid all their overtime. The workers were mostly welders and other manual laborers.

“We (were) working there 55 hours on average,” said Salvador Leon,who told WFAA he used to work at Load Trail as a welder.

The lawsuit claims that Load Trail, located on a 100-acre complex about a two-hour drive northeast of Dallas, violated the Fair Labor Standards Act. It also claims workers were paid in different pay schemes “to avoid paying” overtime.

Federal labor law requires employers to pay overtime to manual workers, whether they’re documented or undocumented, according to the lawsuit.

An attorney for Load Trail declined to comment but has denied any wrongdoing.

The former workers also claim the company withheld several thousand dollars of their pay on the promise that it would go towards getting their immigration statuses legalized, but that never happened.

“We cannot complain because they told us, 'Over there is the door,'” said Miguel Oliva, another former Load Trail welder.

In 2014, Load Trail agreed to pay a $444,993 fine for “knowingly hiring and continuing to employ unauthorized workers,” according to a federal report.

As part of the agreement, the company pledged to get rid of undocumented workers and to ensure any new hires were legally eligible to work.

However, last year, when federal agents returned to make a surprise visit, they found and detained 160 undocumented workers.

At that time, the company’s attorney denied Load Trail knew the detained workers were undocumented. Load Trail has remained open while a federal criminal investigation has continued.

“You can call it greed... The fact of the matter is they had a workforce they could abuse and underpay,” said Dallas attorney Allen Vaught, who represents the workers.

Oliva and Leon were working when federal agents descended and surrounded the Load Trail complex in 2018.

“I saw a helicopter really close,” Oliva recalled. “I told my partner, immigration is here.”

The former workers claim Load Trail kept them on the payroll despite the 2014 agreement.

“They knew that we was undocumented,” said Oliva, whose records indicate he worked as a Load Trail welder from 2013 until the 2018 raid.

“They came to us and they told us you don't need to worry, we're going to pay the fine and you can continue working,” added Ramirez, whose records indicate he began working for Load Trail in 2009.

A former company insider, who spoke exclusively to WFAA last year, also claimed Load Trail found ways to get around the 2014 agreement.

In the 2014 agreement, Load Trail was ordered to E-Verify all new hires to make sure they could legally work. E-Verify allows an employer to compare records provided by a worker with actual government records.

But the insider, who agreed to speak to WFAA without being identified, said the company found ways around E-Verify.

“We were under a court order,” the company insider said. “I would have to take the information and enter it into E-Verify. If it kicked it back, then they would have me hire them under their other company that was not under court order to E-Verify. I knew it was wrong. I knew what they were trying to do.”

Leon said he saw first-hand how Load Trail allegedly circumvented their agreement. He told WFAA that undocumented workers were hired under a second company known as “4T.”

“And they hired illegal people, and they transferred to Load Trail after that,” Leon said.

Leon and others also claimed they were misled into believing Load Trail was working to get them permits to work legally. Payment records show the company deducted a total of $2,000 from their paychecks in $200 increments.

Ramirez told WFAA that Load Trail blocked employees from leaving their company to work at nearby trailer factories, and they were even required to sign “confidentiality” agreements.

“When we arrived to the other company that we was trying to join, they told us Load Trail already called them (and) don’t hire them,” Ramirez said.

According to the suit, while employees used time cards to clock in, their supervisors were able to manually change the times, creating an “inaccurate and unreliable tracking and payment of actual hours worked.”

Load Trail referred WFAA’s questions to an attorney, who declined comment, citing the pending lawsuit and an ongoing criminal investigation.

However, in a prior interview, Gene Besen, an attorney for Load Trail, told WFAA that the company promises to cooperate with federal investigators.

“There was nobody exploited,” Besen said. “The important thing that everybody needs to understand is that these undocumented workers were not taking American jobs.”

He said Load Trail was continuously hiring and there was a shortage of labor in that area.

North Texas has been a flashpoint for immigration enforcement action.

The past year, North Texas led the nation in immigration arrests and detentions, with major one-site busts ⁠— first at Load Trail and then at a cellphone repair business in Allen.

A Pew Research Center study found that the biggest percentage increases in U.S. Immigration and Customs Enforcement arrests were in Florida, northern Texas and Oklahoma.

The Dallas area had a 71 percent spike in ICE arrests for fiscal 2017.

Also, two of the nation’s biggest workplace busts occurred in the Dallas area, including Load Trail in August 2018 and at Allen Technology in April 2019.

During the Allen raid, 280 workers were taken into custody.

RELATED: The largest ICE raid in a decade just happened in North Texas

Former Load Trail workers like Leon said he prays for justice and doesn’t flinch about filing the lawsuit against Load Trail.

“When you say the truth, you have nothing to lose,” he said.

Leon faces an immigration hearing later this year. He said he hasn’t given up hope that he'll be able to stay in the United States.

“I wish I can stay in this country forever,” he said.

Vaught said employers who gain an unfair advantage over other competitors need to face stiff punishment for violating labor laws.

“If the worst thing that happens is a slap on the wrist – and it is not the managers and owners that are getting walked away in handcuffs, but it’s the workers – it’s the cost of doing business,” Vaught said. “And there is zero deterrent unless ICE wants to focus on the employers who are asking these workers to come here and work.”