Denton paid $210M for electricity during February winter storm. They had budgeted $83.3M for the year

Denton Municipal Electric is suing ERCOT over what it says is an "unconstitutional" raid on the credit of it and other cities. 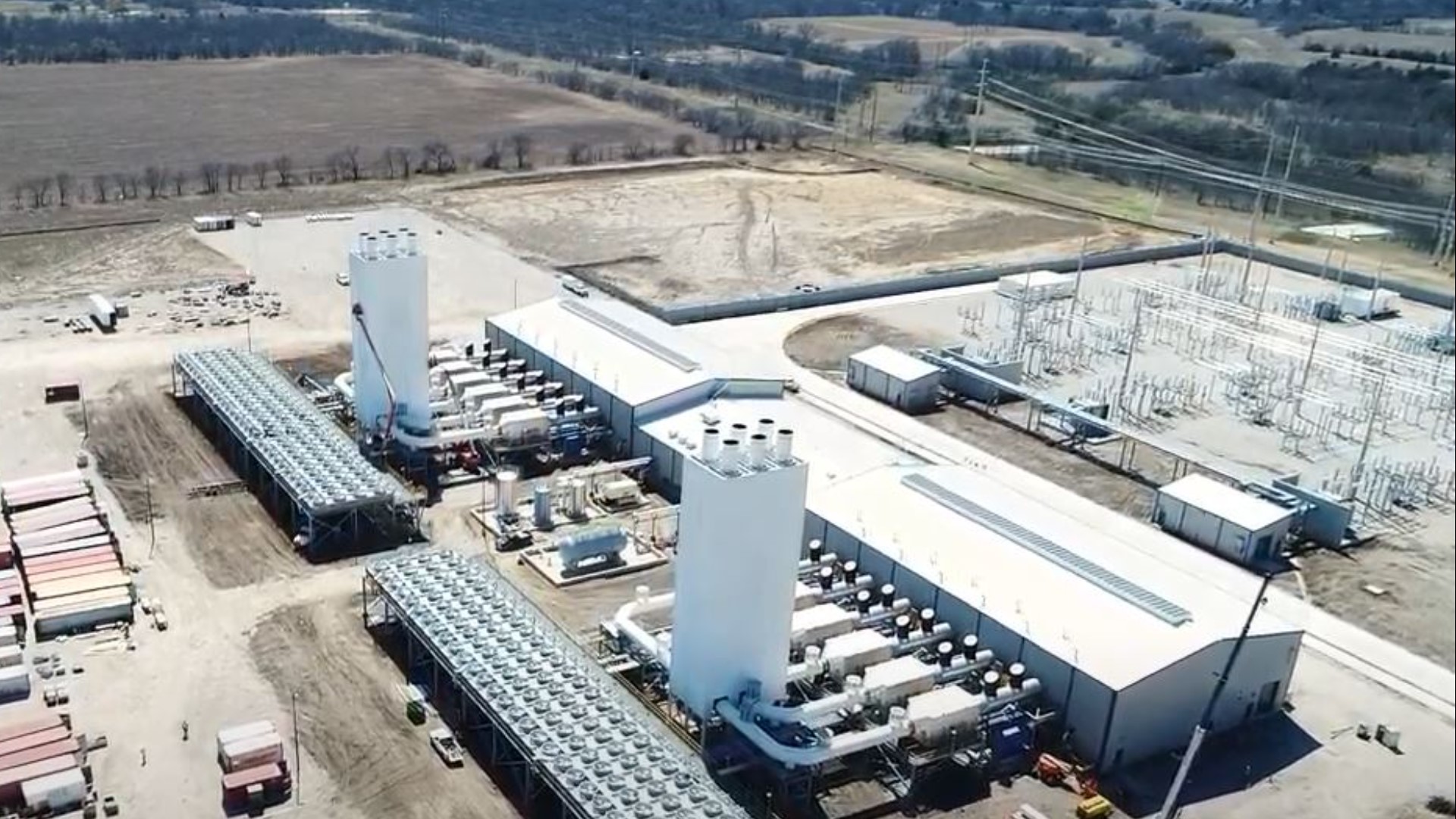 Then came the call.

The plant’s supplier was cutting off its natural gas. The supplier didn’t explain why.

“My jaw dropped,” said Antonio Puente, Denton Municipal Electric’s general manager. “We all understood what that meant, and the fact that that we were going to be exposed to very high prices.”

Once the plant’s engines stopped running, hot water stopped flowing through the facility’s massive radiators. Parts of the plant began to freeze. The facility, constructed in 2017, was designed to withstand temperatures as low as 20 degrees, but not the sub-zero temperatures North Texas saw the during the February 2021 winter storm.

Puente is certain that the plant could have operated throughout the storm had it not lost natural gas.

Denton Municipal Electric sells the electricity its plant produces to the electric grid operated by Electric Reliability Council of Texas, or ERCOT. It also buys electricity from the grid to serve its nearly 60,000 customers in the city of Denton and the surrounding areas.

Denton opened its plant in 2018 to offset costs "when energy demand and prices suddenly change," the city's website says.

When the plant couldn’t operate, the city lost its hedge against high energy costs. That put the city and its customers in a costly situation.

At a time when Denton’s power plant couldn’t produce electricity to sell to the grid, the city utility was buying electricity from ERCOT for its customers – at $9,000 a megawatt hour.

That’s about 400 times more than it normally costs.

For comparison, the city paid ERCOT about $210 million for electricity for that one week in mid-February. It had budgeted $83.3 million for the current fiscal year.

“Ultimately, the net cost that we're projecting right now to our ratepayers is about $140 million,” Puente told WFAA.

Puente says had the plant not lost its natural gas supply, Denton would have either made money or would have ended up breaking even.

At this point, rates have not changed and officials say the impact of the winter storm on customers is still being evaluated.

No fuel, no electricity

For 24 hours, no natural gas flowed to the Denton plant.

Finally, Denton officials reached the Texas Railroad Commission, the agency that oversees the oil and gas industry, to tell them that natural gas to the plant had been cut to the facility. About two hours later, the Commission told them the natural gas was restored.

Denton officials said they never got an explanation from the natural gas supplier, Enterprise Texas Pipeline, or from the Railroad Commission, for why gas was cut off, or why it was restored so quickly after the utility contacted the Commission.

Enterprise Texas Pipeline did not respond to multiple requests for comment from WFAA.

Once natural gas was restored to the Denton facility, it would take another 24 hours to get four of the plant’s 12 engines back online. By the time the winter storm ended, 10 of the engines were running. Two engines were damaged, and have since been fixed.

“We believe that if the natural gas had never been shut off this facility, we would have had the majority of facility, if not the entire facility, operational,” Puente said.

The loss of natural gas supply to Denton’s power plant has consequences far beyond one North Texas city.

Denton’s is one of 13 “black start” power plants. If the ERCOT electric grid goes down, like it came so close to doing in February, “black start” facilities are key to jumpstarting the grid. Essentially, whether or not these 13 plants work dictates when, or if, millions of Texas can get their power back on during a total grid blackout.

Denton is one of six black start facilities that failed during the winter storm.

“A true black start situation means … no electricity anywhere, anytime for anything,” said Beth Garza, ERCOT’s former independent monitor. “If I spend a little time thinking about it, it pretty quickly gets to kind of a Mad Max Thunderdome kind of outlook.”

Denton officials are studying possible emergency plans in the event gas to their facility is ever turned off again. That includes building on-site reserve storage for natural gas, and making modifications so that the plant can run on an alternative fuel.

Those fixes carry a hefty price tag, and it’s likely Denton’s customers could see them on their electric bills.

But that’s not the end of the possible costs for Denton.

“The bond rating agencies recently downgraded our rating,” Puente said. “So our cost to borrow is going to be that more expensive.”

The unpaid tab for February

The total uplift tab for the February winter storm stands at $2.9 billion. Of that, $1.87 billion is owed by Brazos Electric Power Cooperative, which has filed for bankruptcy.

Because entities like Brazos can’t pay, others are on the hook.

Denton’s share is expected to be at least $20 million. That will be in addition to the $140 million in losses Denton’s already incurred.

“We don't believe that as a municipality that we should be paying other people's debt,” Puente said. “We don't know who else is going to default, who else has short-paid ERCOT, and so we believe that number has a potential to increase well above $20 million.”

Within days of the winter storm, Denton Municipal Electric filed a lawsuit against ERCOT seeking to prevent it from having to pay the “uplift” charge.

“This suit is brought to stop an illegal and unconstitutional raid by the Electric Reliability Council of Texas on the credit of cities that operate electric utilities,” the suit says. “ERCOT has a severe cash and credit crunch. But it cannot lean on cities to cover other parties’ debits because cities are constitutionally prohibited from lending their credit to any person or entity.”

Other municipally-owned utilities are balking at paying, too.

Joe Hegwood of Bryan Texas Utilities told lawmakers in early March that he didn’t believe “the citizens of Bryan” should have to pay “bills that other cities don’t pay.”

CPS energy, the electric utility owned by the city of San Antonio, sued ERCOT in March, in large part because of the looming uplift charges. It is the largest municipal electric and gas utility in the nation.

“Overcharging San Antonio residents because of ERCOT's disastrous mismanagement of the state's energy grid is not acceptable,” San Antonio Mayor Ron Nirenberg said during a press conference announcing the lawsuit.

In a court filing in the Denton case, ERCOT has asked the court to find that it has “immunity” from being sued. It also contended in the filing that the court does not have jurisdiction over it because ERCOT falls under the “exclusive jurisdiction of the Public Utility Commission of Texas.”

“When times were good, the City was more than willing to benefit from the market stability created by the ERCOT Protocols,” the ERCOT filing states. “But when times got rough in the wake of Winter Storm Uri, the City decided it no longer wanted to comply with its market obligations and instead seeks to have the Court bail it out.”

Garza, the former ERCOT independent monitor, told WFAA that the “uplift” mechanism was never designed to deal such a large volume of dollars. As a result, it’s insufficient to deal with the problem.