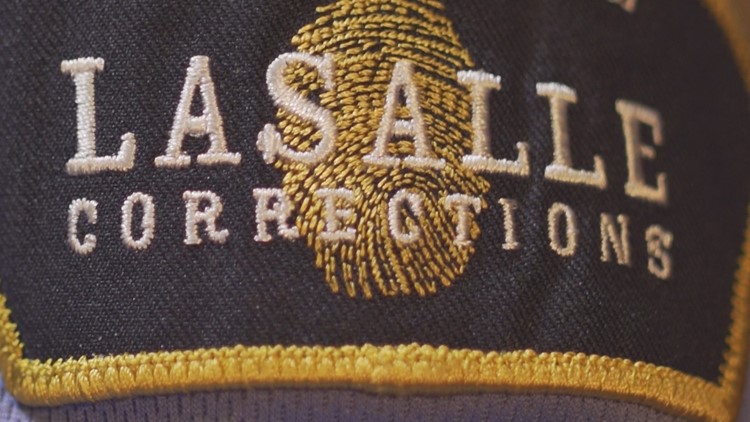 AUSTIN, Texas — State regulators are threatening to reduce the number of prisoners that an embattled private, for-profit company can house in its Bi-State jail in Texarkana after its most recent failed annual inspection.

At the Texas Commission on Jail Standards meeting in November, commissioners unanimously approved a recommendation that the jail’s capacity be reduced by about 50 beds if it does not pass a re-inspection by Jan. 1.

On Tuesday, LaSalle notified the state that it was ready for a re-inspection. Regulators said they would schedule an unannounced visit before the end of the month.

If the jail fails again, LaSalle executives would have to appear at the board’s February meeting and face the possibility of the bed count being reduced further.

“We continue to deal with some of the same issues year after year after year,” Brandon Wood, executive director of the Texas Commission on Jail Standards, told LaSalle executives during a commission meeting last month in Austin. “You are able to fix them for a period of time and then by the time the next annual inspection occurs we see the same issues again.”

LaSalle officials were forced to appear at the commission’s November meeting as a result of a new law that requires private jail operators to appear before the jail commission whenever they fail an inspection. Lawmakers created the requirement following a WFAA investigation that exposed significant problems in the way the company runs its jails in Texas.

Jay Eason, the company’s director of operations, told commissioners that guards would be disciplined for not making checks and that if the company discovered that guards had falsified documents indicating checks had been done, they would be terminated.

“We’re going to step up our game on these checks,” Eason told commissioners.

Guards falsifying jail checks is not a new problem for LaSalle. A WFAA investigation found that in several prisoner deaths, checks were not properly performed even though paperwork said they were. Former jailers told WFAA that LaSalle often has too few guards on each shift to watch all the prisoners in order to save on salary costs.

Eason also told commissioners that he planned to meet with the jail’s nursing staff to ensure they understand the importance of making sure prisoners get medical attention when they need it.

“What is concerning to me is that these are routine things that need to be carried out every day at the jail,” said Dr. Esmaeil Porsa, the commission’s vice-chair. “These are the type of things that are … not complicated.”

“We are struggling with the checks and getting employees to take those checks seriously today and getting their checks done … in a timely manner,” Eason told the commission.

Brandon Wood, executive director of the Texas Commission on Jail Standards, addresses LaSalle executives at a meeting in Austin.
WFAA

Wood told Eason that if it did not fix its staffing shortages, the commission would limit the number of prisoners its facility could hold. That means the company would have fewer beds for not only county prisoners, but also federal inmates – which bring in significantly more revenue.

“I understand the needs of the federal government, but we need to take care of our own first,” Wood said.

It marks the second time that the Texas jail commission has threatened to reduce the number of jail beds at one of LaSalle’s facilities to force the company to follow the rules.

Earlier this year, one of LaSalle’s jails near Waco failed two special inspections and an annual inspection in five months. After the state jail commission said it would reduce the number of beds LaSalle could use there, the company decided that it no longer wanted to operate that jail. The McLennan County sheriff’s department has since taken over the operation of the facility.

Since 2015, four prisoners have died inside in the LaSalle’s Bi-State jail in Texarkana. Jailers in each of the four cases falsely claimed to have conducted checks on the inmates when they actually had not done them.