After months of not answering questions, WFAA finally caught up with the head of LaSalle Corrections. 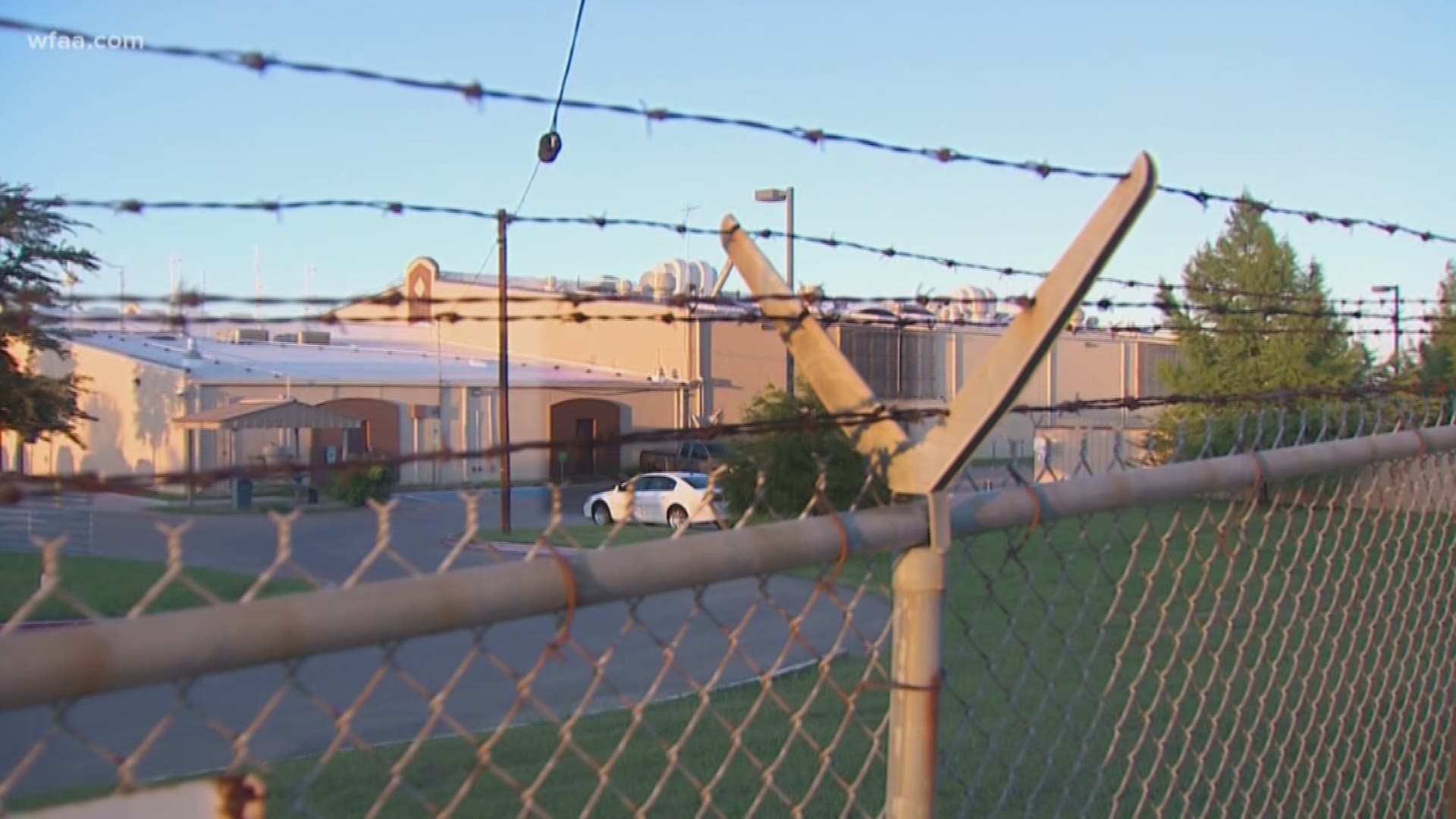 AUSTIN, Texas — Top LaSalle Corrections executives were on the hot seat before state lawmakers Thursday, defending the company against allegations that lax training practices had caused the deaths of people in their care.

Lawmakers summoned the leaders of the for-profit company to Austin after hearing last week from the families of those who died in the company’s jails, and from a former guard who told lawmakers that lack of training is a major issue at facilities LaSalle operates.

“I am pretty angry about this,” Rep. Garnet Coleman, chairman of the House Committee on County Affairs, told LaSalle executives Thursday. “I don’t like hearing mamas talking about their dead sons."

The private, for-profit operator has been the subject of a year-long WFAA investigation detailing a series of problematic deaths. The investigation showed how the company uses a loophole in state law to employ large numbers of inexperienced guards. Current law gives jailers a full year to complete 120 hours of state-mandated training and pass a state exam to be fully licensed.

WFAA's investigation resulted in Rep. Bill Zedler, R-Arlington, proposing legislation that would close the loophole that allows jailers to put off state training but still work for up to a year as a guard.

“I know there’s been a lot of testimony that we just throw ’em on the floor,” Rodney Cooper, LaSalle’s top executive in Texas, told lawmakers. “We do training with them, even though the law doesn’t require it, we do it.”

Jay Eason, LaSalle’s director of operations, told lawmakers that the company seeks to hire “good, genuine people that are going to treat the inmate population the way they want to be treated.” He added that they want their jailers to be “problem solvers.”

LaSalle runs jails in Bowie, Parker, Fannin, McLennan, Johnson and elsewhere in the state. Most of the people locked up in these facilities have not been convicted of any crimes.

After Thursday's hearing, WFAA asked Cooper about the large percentage of jailers in their facilities with temporary licenses.

“There’s a large percentage in all jails because the law allows it,” he said. “We’re happy to follow the law. If they change the law, we’ll follow the law.”

He’s right to a degree.

“We wouldn’t put our police officers on the street without training,” said Lance Lowry, a corrections expert who attended Thursday’s hearing. “We shouldn’t be putting the jailers in the same situation. We’re endangering a lot of people’s lives.”

Kim Vickers, executive director of the Texas Commission on Law Enforcement, told lawmakers he had no doubt that some jails were taking advantage of the temporary licensing system.

“If they’re simply trying to fill warm bodies and they’re trying to just keep business running, the propensity is there to hire somebody, keep them for a year and terminate them and hire somebody else and keep a revolving door,” he said.

But WFAA recently discovered that some jailers with temporary licenses are being promoted to supervisory provisions. Nothing in current law forbids it.

In November, we told you about the case of Michael Sabbie, who’d been arrested on a misdemeanor assault charge.

He died in LaSalle’s Bowie County jail in 2015. He had asthma and heart problems. He repeatedly told jailers he couldn’t breathe when they pepper sprayed him. He was found dead on the floor  of his jail cell from a heart attack. No one checked on him for hours.

We dug into the background of the supervisor on duty that night.

He was hired in February 2014. He was promoted to the rank of sergeant eight months later while still holding a temporary license. Weeks later, he attended state-mandated training and passed the state licensing test.  At the time of Sabbie’s death, he had only been state certified for about seven months. Yet, he was in charge of the whole jail that night, according to depositions in a lawsuit filed by Sabbie's family.

At Thursday's hearing, Chairman Coleman questioned LaSalle executives about the jailer with the temporary license being promoted to sergeant.

“If it were a child care situation, would you want somebody who hadn’t been trained taking care of your infant?” Coleman asked.

Cooper said he wasn’t familiar with that situation.

“I would imagine that the administration at that the facility felt like he exhibited all the characteristics to be promoted,” he told lawmakers.

He agreed, however, that it was probably best for jailers to complete state-mandated training before being promoted.

After the hearing, when we asked Cooper about the practice of promoting jailers with temporary licenses to supervisory positions, he was defensive.

“What if we had to go without sergeants? Is that what you want to see?” he said. “Just don’t have sergeants. Then we would be answering questions from you, ‘Why don’t you have sergeants in place?’”

During the hearing, Coleman questioned Vickers, the head of TCOLE, about how often guards with temporary positions are being promoted.

Vickers said he agreed that it was not good practice.

Cooper, a retired Texas state prison official, told lawmakers that the population of inmates in county jails are in some ways more difficult to deal with than the state prison system because county jail inmates are often still detoxing from drugs and alcohol.

Given that, Coleman asked, wouldn’t it make more sense to have jailers trained from the get-go?

Cooper said it would be difficult because of high turnover and it would place jails in danger of not meeting minimum staffing standards.

Sheriffs and jail administrators have complained that the additional restrictions on the use of guards with temporary licenses would be put an additional burden on them. They contend that there’s not enough training facilities, particularly in the rural areas.

LaSalle executives also blamed some of their difficulties on getting their jailers through state-mandated training on the fact that an online program has been down since January.

However, WFAA’s investigation found that the company has had high percentages of guards with temporary license at their facilities for years.

Zedler said after the hearing that he was not satisfied with the answers provided by LaSalle executives.

“The one thing they never could explain is why they had such a high percentage of untrained jailers in their system, and that’s the thing we got to have legislation to make sure they can’t,” he said. “There needs to be a cap on the number of untrained individuals in each facility.”

Zedler said the legislation will be revised to make it even tougher.

After WFAA brought the issue of jailers being promoted to supervisory positions while only having a temporary license, Zedler said he's decided to add a provision that would forbid that from occurring in the future.

“The first step is to get down the number of untrained jailers in the system,” Zedler said.

The 2015 suicide of Sandra Bland in the Waller County jail was clearly on the minds of lawmakers Thursday. After Bland’s death, lawmakers passed legislation mandating additional training for jailers to help them better recognize and help inmates who are in the midst of a mental health crisis.

But with the current situation, jailers could go as much as year without getting that training.

“The reality of this situation is that it’s unacceptable,” Coleman said. “We will have a solution before the end of this session and a bill in front of the governor and at this desk for him to sign.”