WFAA has obtained bodycam video of Christopher Willard being killed at a Dallas apartment complex by security guard Vincent Hobbs, who is charged with murder. 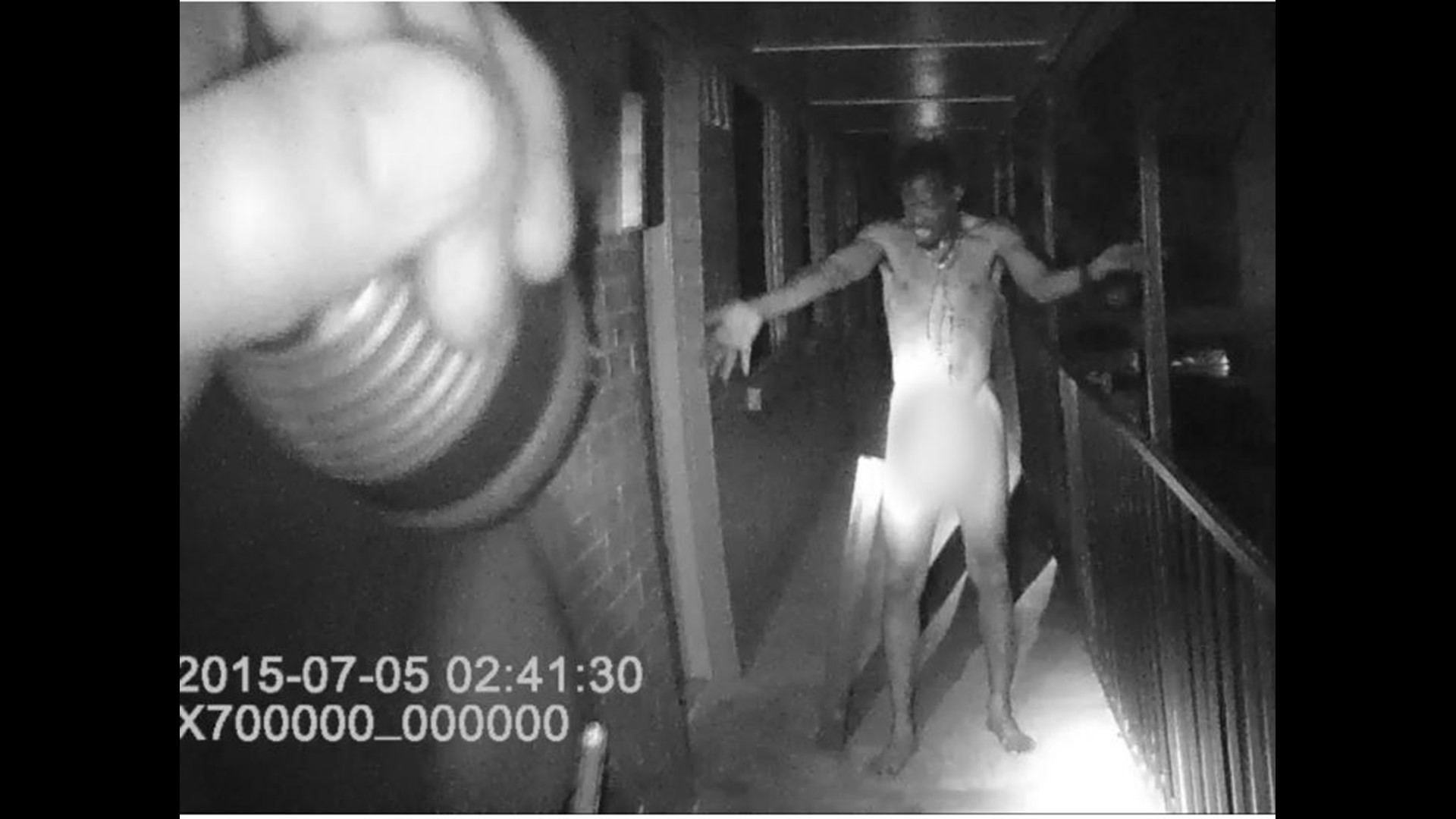 His mother Tina Jones says Willard loved to dance and make her laugh.

“He was very loving. He was a very good kid. Well mannered. Very respectful and smart,” Jones said.

She recalls how he often made sure she got to her car OK before she left for work early in the morning.

“He would be outside. He'd say, 'Mom, I wanted to make sure you leave for work OK, and want you to know I love you,'” said Jones.

On March 31, 2019 Willard was at The Oasis Apartments in Dallas visiting his girlfriend.

According to a police report, just after 10 that night, security guards went to the apartment looking for Willard because they claimed earlier in the evening he had assaulted a female security guard at the complex.

The report also stated there were no witnesses.

Police say the guards pounded on the door, kicked it and forced their way into the apartment.

According to court records, the guards ordered Willard to the ground. He complied.

The guards then claim Willard "became uncooperative,” so they backed out of the apartment.

They claim Willard then came out holding a “piece of thick wood.”

What happens next is caught on security guard Vincent Hobbs' body camera.

Hobbs is also the owner of North Texas Strike Force, the security company hired by the owners of the Oasis apartments.

In the bodycam footage, Hobbs repeatedly orders Willard to drop the board. But the video shows Willard has nothing in his hands. He is naked.

A police report states the guards claim they thought Willard had a board in his hands — and so does Hobbs’ attorney.

"You can see on the video the gentlemen does have a 2x4. It’s about the length of his lower leg and he attacks Mr. Hobbs, the female guard and the third guard," said Tom Cox, Hobbs’ attorney.

But if you look closely at the video, you can see a board is near Willard, but it’s not in his hand.

“You have a damn board in your hand!” Hobbs shouts.

“I have nothing,” Willard says.

Willard is seen stretching out his hands with nothing in them.

“I have nothing. What are you telling me to put down?” yells Willard.

Hobbs tells Willard he’s going to use a Taser on him if he doesn’t get on the ground.

“Tase me? Bro I didn’t even do nothing, what are y'all doing?” says Willard.

When Willard turns to walk away, he’s wrestled to the ground by the three security guards.

The guards shoot Willard with a stun gun for 9 to 10 seconds.

Then they pepper-spray him. As Willard is trying to get away, Hobbs shoots him — with a real gun.

According to the arrest affidavit, Hobbs told police he thought Willard had a gun.

The video shows Willard starting to run away from the guards. Cox claims differently.

“This gentleman is wheeling, rushing. Mr. Hobbs has to make a split-second decision whether or not to fire his weapon not knowing if the person coming at him was armed,” said Cox.

The video shows that Willard is not armed. Family attorney Daryl Washington said Willard appears confused by what is happening.

After Willard is shot, a second video shows guards standing over his body until Dallas police and paramedics arrive. None of the guards administer CPR.

Willard died later at the hospital. Hobbs’ attorney acknowledged he and the other guards did not do CPR.

“No one wants to take responsibility for the loss of this man’s life,” Washington said.

'He would not harm anybody'

Tina Jones says she will never forget the moment she learned her son had been killed.

"They said my son had been shot. It still hurts to this very day. I felt his pain when I heard it and I fell to my knees and said, 'No.'

"It tore me up to know that he was naked. You Google it and it was on the news. He was naked so he couldn’t hide anything. Why did they torture him?" said Jones.

Washington is now suing the owners of the Oasis Apartment Homes on Ledbetter Drive, saying the lighting at the complex was poor, and if the apartment complex had better lighting, the shooting might have been prevented. Washington also claims the security guards were not properly trained.

"We just believe had this apartment complex taken care of the premises, had the apartment complex made sure they were hiring the right security guards, we would not be having this interview today,” said Washington.

But Hobbs and the other security guards are also suing the complex over lighting issues, saying there wasn't enough lighting to see what they were doing.

WFAA asked the apartment complex for comment. They did not respond.

“When I look at just the totality of the entire encounter, it was so bad,” said Washington.

Texas does not require security guards to take any Taser training courses. But law enforcement officers typically have a least 12 hours of required training to be certified and then have to re-qualify every two years.

WFAA asked Hobbs’ attorney if Hobbs had any CPR or Taser training. Cox said he says he doesn’t know and since the State of Texas does not require that training, there are no records.

"The family has been left out in the dark, and when you see cases like this and people dying, there is no reason for Christopher to die the way he did,” Washington said.

Cox claims Willard was acting erratically and says the autopsy shows Willard had PCP in his system.

But Washington says the question remains: Why did the guards not wait on Dallas police, and instead confront Willard by themselves?

Typically, security guards have no arrest power, so their role is to report to police, not to try to take people into custody.

This has been a nightmare for Tina Jones.

She says her son should not have died that night.

"It has been terrifying because nobody knew why, and I couldn’t get a good picture why you would shoot him because he would not harm anybody,” she said.

RELATED: Got a tip? Tell us here.