'If you know who did this speak up,' says sister of missing 19-year-old found shot to death Friday

Evan Lacey, 19, had been missing since December 17. Police are working all leads to try and find a suspect. 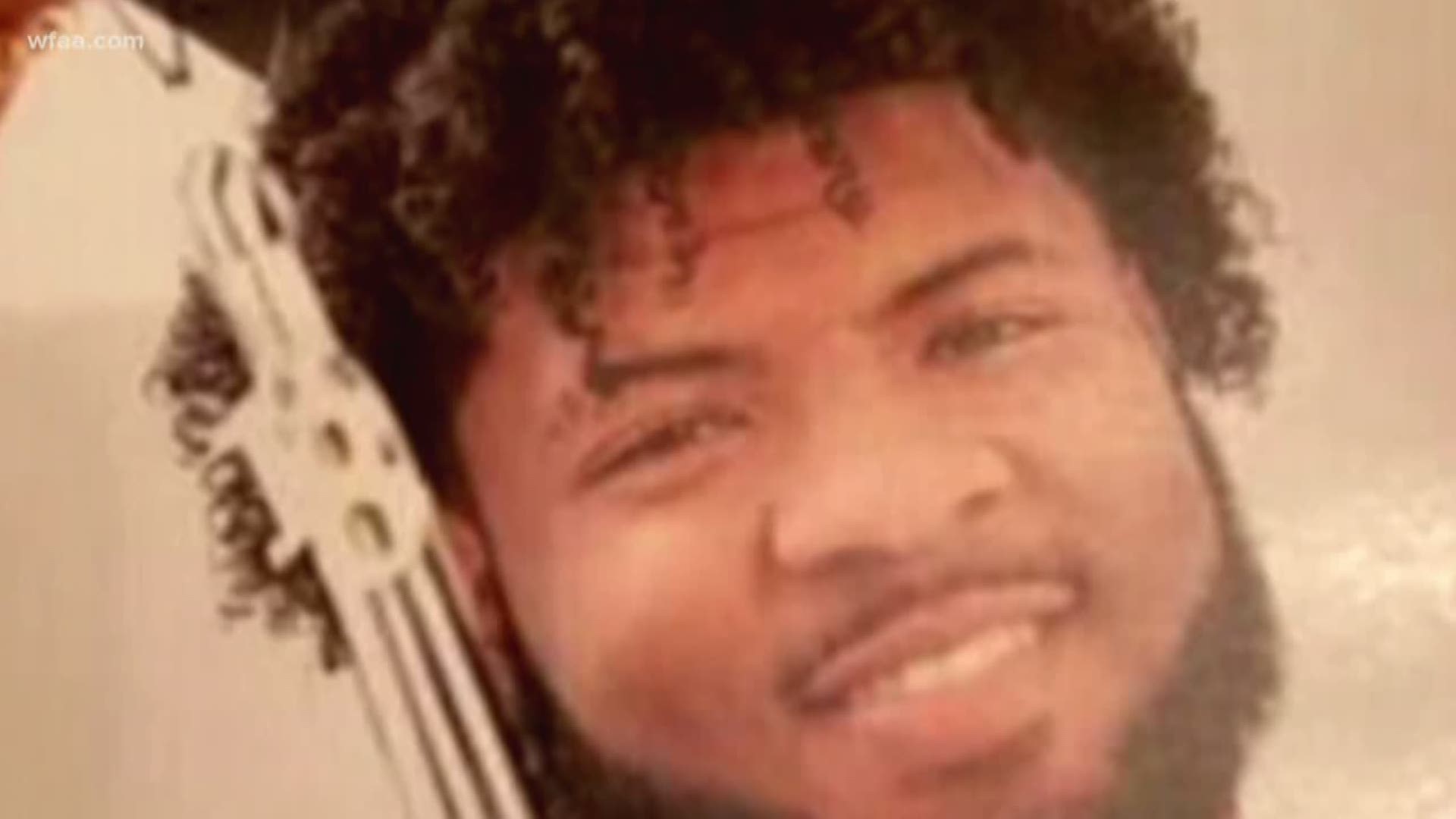 TARRANT COUNTY, Texas — Dozens of friends and family gathered in downtown Fort Worth Monday night to mourn 19-year-old Evan Lacey after his body was found by utility crews, shot to death, on Friday.

Lacey had been missing since December 17, and right now Arlington police are working to find any suspects connected to his death that was officially ruled a homicide Monday.

Arlington Police Chief Will Johnson shared the news of Lacey's death on Twitter around 2:30 p.m. Saturday.

Community members joined Lacey's family in a search party Saturday just hours before the family was notified of his death.

"He didn't deserve that," Lacey's sister Vivian said Monday night at the candlelight vigil. "Nobody saw this coming."

Lacey, who had just started working at a recycling plant in Grand Prairie, was headed to work during the early morning of December 17 when his family last saw him.

The 19-year-old was living with his parents in Arlington and when he didn't come home, he was reported missing.

Days later, police found his bloodied car in Fort Worth. The fear that Lacey was in danger grew and search parties began to canvass areas where his phone last pinged.

Per Arlington police, a city utility crew alerted officers around 11:45 p.m. Friday that they had found a body in a wooded area near the 7100 block of Webb Ferrell Road.

That's about 14 miles from where Lacey's car was found in Fort Worth.

According to officials, the crew was in the area trying to fix a water leak in the area when they found the body.

Police scanned adjacent neighborhoods Saturday, reviewing Ring cameras and searching for any other leads in the investigation.

Right now, detectives are waiting on records from Lacey's phone to come back so they can see who he was talking to before he disappeared.

Lacey's aunt Tailer told WFAA that the past few weeks have been devastating for the family.

"This has been the most difficult three weeks in our family's life," Tailer Lacey said. "When you think of how good of a kid he was, you begin to wonder what would have led someone to do something as evil as this."

Family members think that Lacey might have been gunned down by someone he was trying to sell his car to and that the teen had talked about getting rid of his wheels lately.

But it's only a theory. Arlington police said that it's possible Lacey could have been carjacked too.

The unknowns are what troubles Lacey's sister the most.

"If you know who did this to Evan, I ask that you speak up," Vivian Lacey said.