At the Islamic Association of Allen, hundreds of people attended the Towhid family funeral on Thursday. 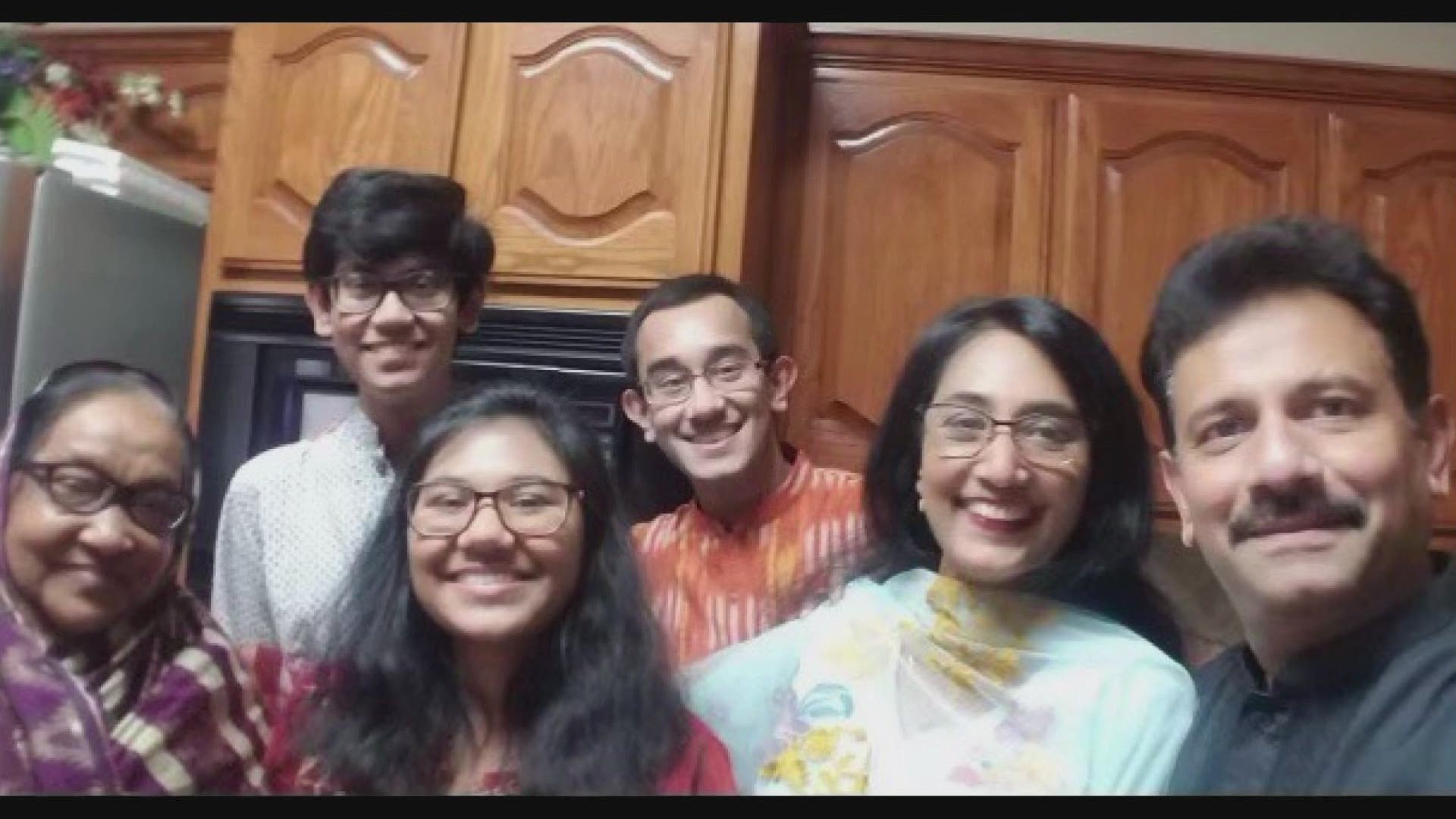 ALLEN, Texas — Family and friends attended a funeral for the Towhid family on Thursday.

Six family members were found dead inside their Allen home on Monday morning. Police say the two brothers made a pact to kill their family and then take their own lives.

A note left by the 19-year-brother, Farhan Towhid, detailed why he and his 21-year-old brother, Tanvir Towhid, decided to do this.

Hundreds showed up at the Islamic Association of Allen on Thursday, where father Towhidul Islam and mother Iren Islam were active members of for almost a decade. They were also a big part of the Bangladesh Association of North Texas.

RELATED: Who were the 6 family members killed in Allen murder-suicide? Friends share insight

Their deaths were sudden and their loved ones are still trying to understand.

"We need each other," said Imam Abdul Rahman Bashir, the religious director of the Islamic Association of Allen. "What we leave behind is the good."

He was joined by Imam Omar Suleiman of the Valley Ranch Islamic Center. Multiple Imams attended the funeral on Thursday.

"We pray that it is rare, and it provides us that chance to be here for the family as they struggle through something that is unprecedented in their own lives," said Suleiman.

RELATED: 'Our community is suffering': More than 100 attend vigil for Allen family killed in murder-suicide

Friends of the family prayed together to send the Towhids to their next journey after life. Many friends outside of the Muslim community joined as well. People leaned on each other as they honored the six lives lost this week.

The family was buried at the Denton Muslim Cemetery.

1 / 10
Tiffany Liou
Six hearses head to the Denton Muslim cemetery following a funeral service for the Towhid family on April 8, 2021.