'Our community is suffering': More than 100 attend vigil for Allen family killed in murder-suicide

"It's complicated," Towhid's high school and college friend said. "You don’t expect to ever be mourning the perpetrator in something like this." 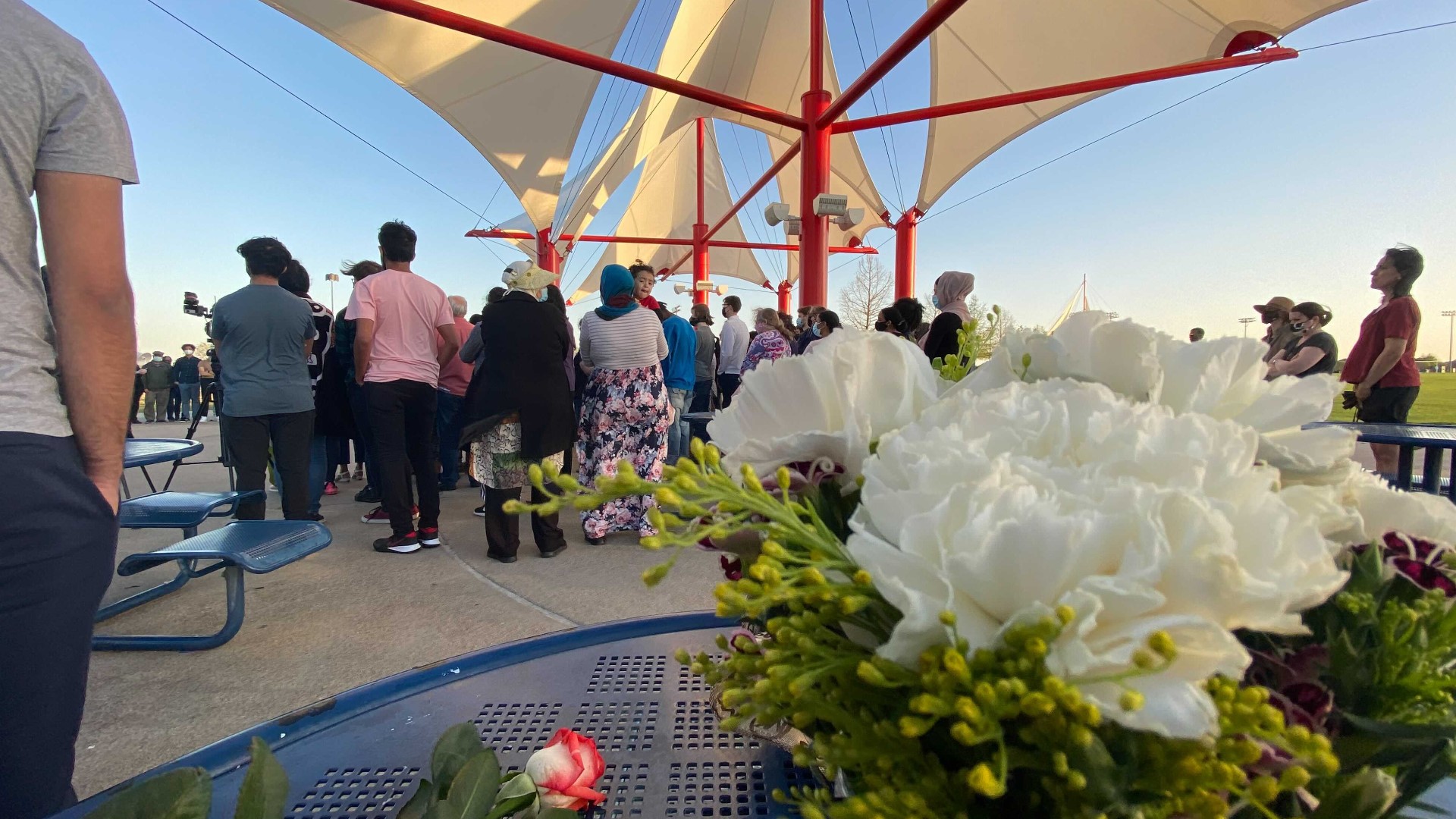 ALLEN, Texas — More than 100 people gathered in Celebration Park on Wednesday afternoon to honor the six lives lost in what Allen police are calling a murder-suicide this week.

Members of the family's faith community, former educators, city leaders, law enforcement officers and family friends gathered, lit candles and prayed for the family. They also held a moment of silence in their honor.

"Our community is suffering," a leader from the Bangladesh Association of North Texas said. "I thank you all because, through this crisis, we found you as our extended family."

Allen police found a family six in their home overnight Monday, after a family friend reported a suicidal letter posted on Instagram by the youngest son, 19-year-old Farhan Towhid.

Police said Towhid created a plan with his 21-year-old brother, Tanvir Towhid, to kill their family and take their own lives.

RELATED: Teen's note details how he and his brother got access to guns used to kill family, Allen police say

At Wednesday's vigil, multiple friends of Farhan Towhid spoke to the crowd about his character.

"It's complicated," Towhid's high school and college friend said. "You don’t expect to ever be mourning the perpetrator in something like this."

She called Towhid selfless and told a story to the crowd about how, even as he was withdrawing his enrollment from the University of Texas at Austin, he spent time to help her from a break-up instead of telling her about what he was going through.

"He was just always there," she said.

She said she and other friends have been disheartened by the rumors and stories they've seen about their friend, including reports that he dropped out of college. She said he planned to defer for a year.

RELATED: Who were the 6 family members killed in Allen murder-suicide? Friends share insight

In a statement, UT Austin confirmed both brothers were former students that voluntarily withdrew from the university.

The university said Farhan Towhid was a sophomore in the College of Natural Sciences and checked out of his residence hall in Jan. 31, after voluntarily withdrawing and cancelling his housing contract.

The school said Tanvir Towhid was a freshman at in the engineering school before withdrawing in spring 2018.

UT also added there were no police reports filed or concerns reported to the behavior concerns advice line at the university.

Friends of Farhan Towhid spoke about his battle with mental illness.

"He didn't have the luck that most of us have to be happy," Josh Kattampally siad. "He just couldn't do it."

Advocates and activists from mental health and suicide awareness groups, as well as a representative from a group calling for an end to gun violence, all spoke at the vigil.

Family friends called on the crowd to take extra steps to check on their children and support their mental health.

"If you have kids, tell them to open up to you," Tania Hossain said. "If you need help, tell them to come to you. You need them."

Kattampally said he worried there would be a misconception that Towhid's parents put too much pressure on him or didn't support his battle with mental illness. He, and others, said that wasn't the case.

"He was my best friend, and I can confidently say his parents did nothing wrong," Kattampally said. "His parents really did do the best they could."

The family told WFAA funeral services will be held at the Islamic Association of Allen on Thursday, April 8. Prayer will begin at 2 p.m.