If you hear something, say something. 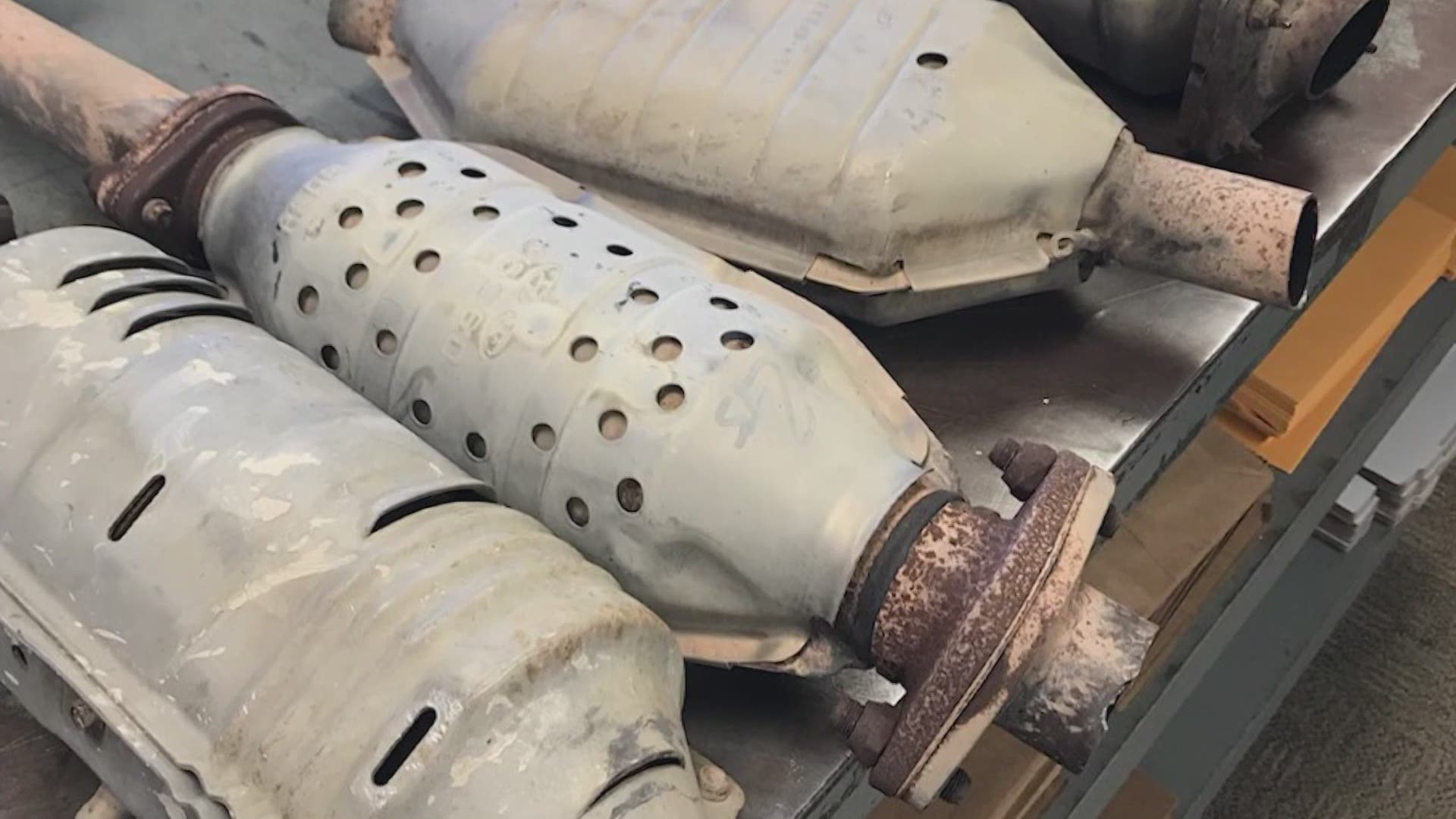 GARLAND, Texas — It’s a crime of opportunity, one we hear about far too often: catalytic converter thefts.

“I was very happy to see the baby, and to know that everything was OK,” Williams said of the doctor's appointment. "It’s just not a place you expect for something like [that theft] to happen."

Now, the Garland Police Department and other local law enforcement agencies are warning people about the specific sound you should look out for.

On Facebook, Irving police released a video of a catalytic converter theft with the sound of a saw.

It’s that very sound that Garland and Irving police want you to be aware of: a saw. The sound of a saw being used to cut off a catalytic converter.

In the video released by Irving police, you can see a suspect parked next to a truck. He pulls out a saw. Within 60 seconds, the suspect slides under the truck and cuts off the piece of metal.

RELATED: Man flies out of DFW twice in a year, has catalytic converter stolen both times

“These criminals are brazen. They will drive their car and find an opening,” said Garland Police Lieutenant Pedro Barineau.

These types of thefts are happening across Texas, from grocery store parking lots to school buildings.

“The car will pull up, and there is usually more than one suspect. One person is the lookout, and the other person has a saw, and they will crawl under the vehicle, saw the catalytic converter,” Barineau said.

What are some of the warning signs police say to look for? If you're at a busy grocery store and you notice a car hood just popped up, that right there could be a red flag that someone is trying to steal a catalytic converter.

“There are some distractions they may use, like jacking up a vehicle, which may appear they’re working in their own vehicle, but it’s someone else’s,” said Garland police officer Felicia Jones.

So, how can we protect ourselves?

“You can buy plates to cover up the catalytic converter, and that will be a deterrent,” Barineau said.

Police say you can even buy an engraving tool, or go to a mechanic shop to get it engraved. That helps protect the catalytic converter from being sold once again.

Police are asking the public to remain vigilant.

The key here: if you hear something, say something.