The Grand Prairie cobra is on Twitter now and sparring with a mongoose, because of course it is

A missing West African Banded Cobra is still on the run, and Twitter is having fun with it. 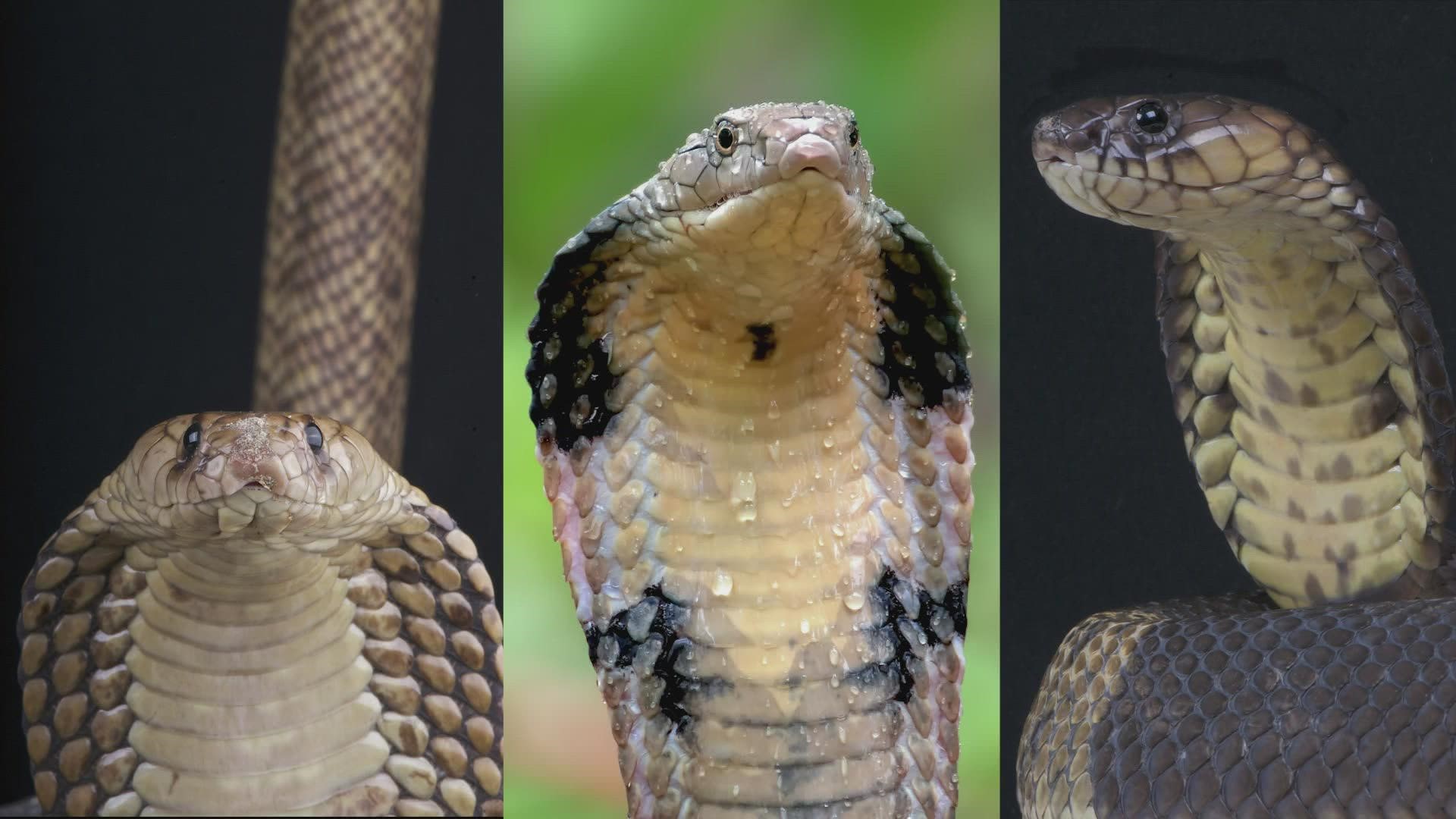 GRAND PRAIRIE, Texas — The missing West African Banded Cobra, which slithered away from a Grand Prairie home Tuesday evening, is on Twitter now and sparring with a virtual mongoose.

If anything about that sentence sounds weird, then welcome to the internet. It's been quite the day.

Now to be clear, there is a venomous 6-foot-long snake still on the loose in Grand Prairie, as city animal services workers are trying to track down the wanted cobra.

And while we'll admit there's a bit of humor to the whole ordeal, officials are warning that the snake's venom is "extremely toxic" and to call 911 immediately if they see it.

The snake escaped from a home in the 1800 block of Cherry Street and could be in the area. Traps were being laid Thursday and neighbors are concerned.

“We’d like to catch this snake in one of these snake traps, get it out of this neighborhood safely, get it re-located where it needs to be,” Kennedy said. “He’ll go in the trap, once he starts heading in, it’s got spikes in there he can’t go the other way.”

The missing snake has neighbors on edge.

“It’s hard for us to go to sleep. I have to take a little pill. What do they call it? Melatonin. Just to relax,” next door neighbor Rodolfo Barcleau said. “It’s scary. Look at my granddaughters. I can’t take them out anymore because of this neighbor of mine what he did!”

Are people allowed to own this snake, anyways? Well, the state issues permits for venomous snakes but owners must follow local rules. Grand Prairie police say it's too early to say what law, if any, was broken.

"Our next step is getting people on board with all the traps they can, getting traps put out in Dallas and Arlington, get traps everywhere," Kennedy said. "We really need to recover this snake."

Grand Prairie police -- yes, the cops are involved -- first posted about the missing cobra online shortly before noon on Tuesday. By 1:19 p.m., an account claiming to be the cobra itself had made its Twitter debut.

328 people move to DFW everyday! I get here and now 12 (@GrandPrairiePD & Animal Services) is after me. #StayWoke

The cobra relished in its newfound local fame through the day, quote-Tweeting the various news coverage while remaining successfully on the run. At one point, the cobra even seemed to taunt anyone trying to find it.

By morning, as police and animal services continued their search, the cobra had doubled down on its internet popularity, taking recommendations for apartments and calling into the Hank FM radio station in Fort Worth.

Apartment hunting today. What do y’all recommend ?? It has to be on the first floor tho. #dfw #GPCobra

Then came trouble: A mongoose, known for its snake-preying proficiency, joined the hunt.

The mongoose let us know this on Twitter because of course it did.

"We are hot on the trail," the @GrandMongoose tweeted to the few dozen people who actually decided to follow a mongoose on Twitter.

The cobra, apparently glued to its mentions, caught wind of this and quickly went on the offensive, calling out the mongoose while taking a lunch break. The two went back and forth with insults, just another fight on Twitter.

Then the mongoose, its tiny head donned with a military helmet, issued an ominous warning: "Laugh it up while you can."

RELATED: Incredible pictures of snake devouring fish remind us it's the time of year for snakes in Texas