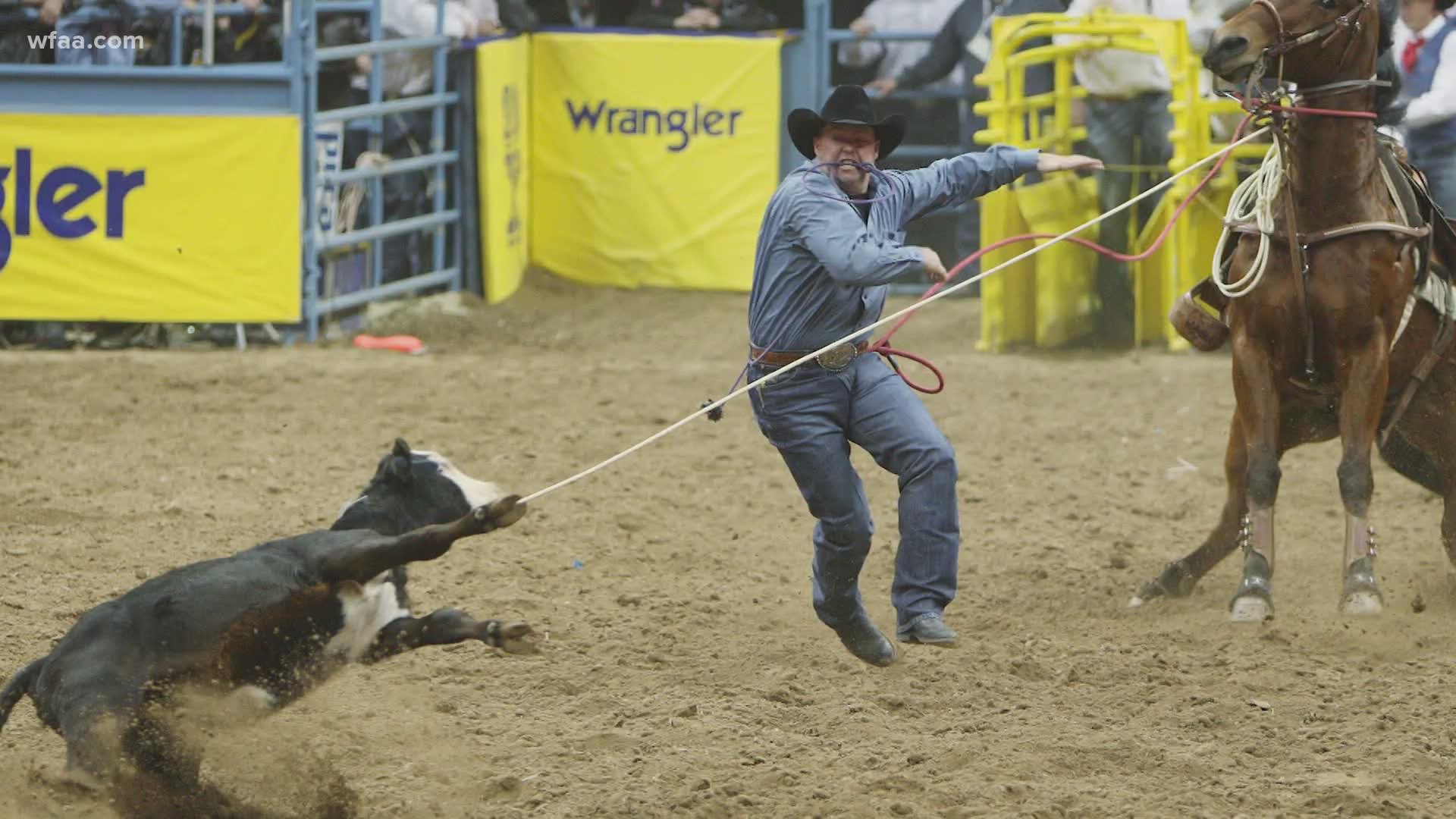 The Wrangler NFR is 10 days long, from Dec. 3 to Dec. 12, and includes the Cowboy Christmas, PRCA National Convention, and other events. Fans will be able to attend with social distancing and health protocols in place.

The announcement was made Wednesday morning by rodeo and local officials.

They say the event will provide an economic boost for the area.

It's also likely going to be the inaugural crowd for the stadium after the MLB decided to not have fans spectate during its retooled season.

RELATED: Globe Life Field will be the site of the 2020 World Series, Gov. Abbott says

Event organizers said health protocols will be implemented, such as masks be required at all times while inside the baseball stadium. There will also be hand washing and sanitizing stations throughout the building.

Seats will be sold in groups of four with separation between groups, and the use of mobile tickets will be used.

There will also be metal detector screenings and a no-bag policy at entries on performance nights, according to event organizers.

The NFR originated in the Lone Star State and was held in Dallas for the first three years. Organizers said the event eventually moved to Las Vegas and has been held at the Thomas & Mack Center since 1985.

However, in a news release, organizers said that venue in Nevada is not available for live entertainment with fans this year due to the state's COVID-19 restrictions.

“We are honored that the PRCA selected Globe Life Field to host the 2020 Wrangler Nationals Final Rodeo and are thrilled to be a small part of bringing this world-class event back to Texas,” said Neil Leibman, chief operating officer of the Texas Rangers.

Fort Worth will also host the annual PRCA Convention from Nov. 30 to Dec. 3, in addition to the Cowboy Christmas and other events.

“We are a rodeo city and we’ve roped a big one,” said Fort Worth Mayor Betsy Price.

It hasn't been an easy year for the pro rodeo circuit. COVID-19 has canceled dozens of events.

With Nevada limiting the sale of tickets for in-person sporting events, it was inevitable that the rodeo would be looking for a new home.

Arlington Mayor Jeff Williams told WFAA that this was an opportunity to save the event and boost business in DFW.

"This will be a shot in the arm for the entire metroplex," Williams said.

For area cowboys who will be competing, like World Champion Ropers Tuf Cooper and Tyson Dufrey, getting a chance to break in Globe Life Field is an "honor."

"In the Wikipedia of Texas, rodeo is kind of our sport," Cooper said with a laugh.

"I guess us cowboys are going to get to knock the dust off the stadium."

Cooper ropes out of Decatur and Dufrey out of Weatherford.

"The last time the NFR was in Texas was in 1961 in Dallas," Dufrey said. "It's a real honor. To bring it back underneath the Texas flag makes me so happy."

Tickets for Wrangler NFR 2020 will go on sale to the public Sept. 25 online at texasrangers.com/NFR. Season ticket holders will be invited to purchase tickets early beginning Sept. 16.