"As far as we're concerned, we back the school district 100 percent," Lane Patton, whose step-daughter Averee was one Amy Estes' students. "She shouldn't have her sexual preferences pushed on you and our religious views shouldn't be pushed on anybody else." 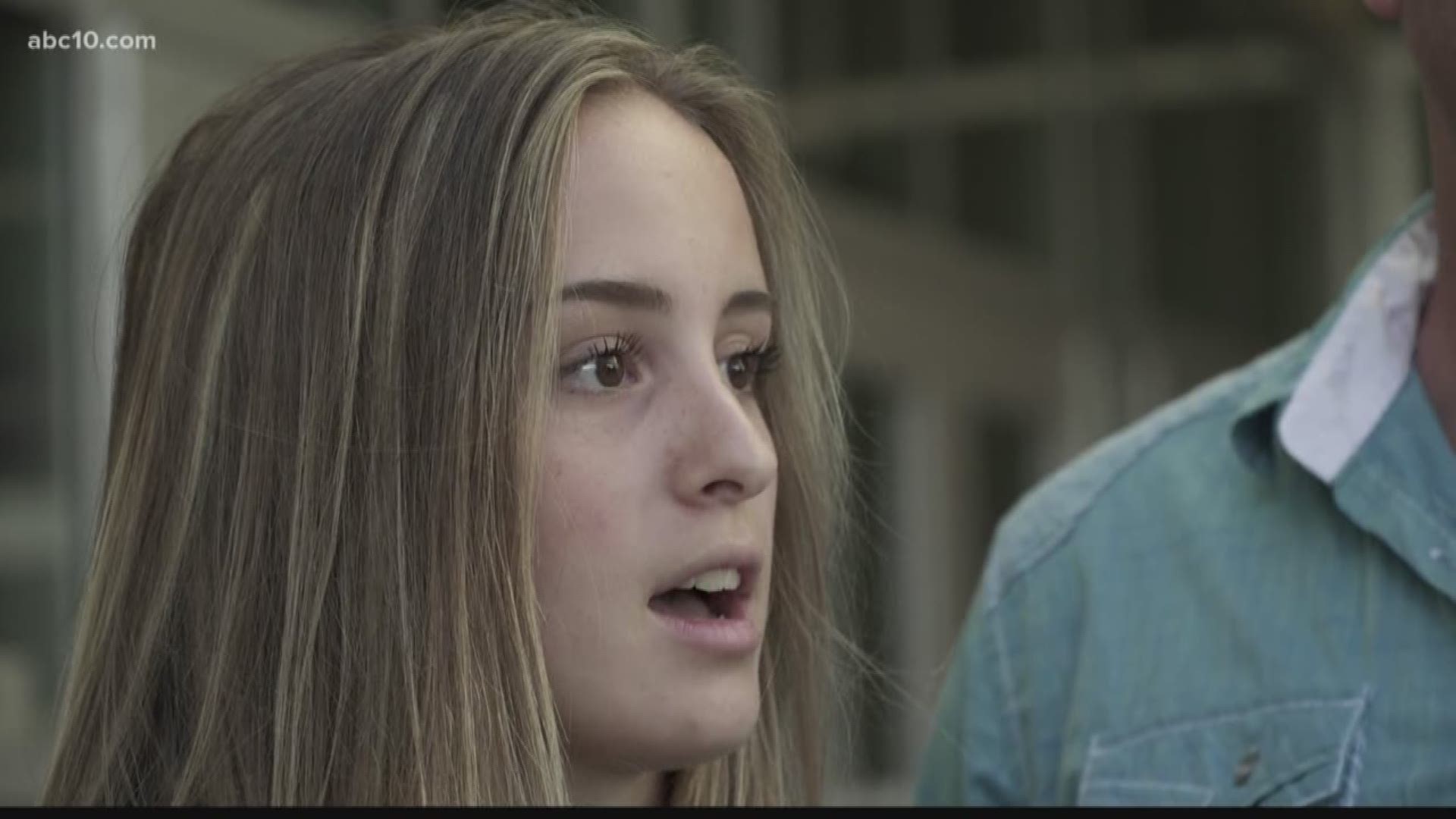 If you're viewing this on the ABC10 App, tap here for multimedia.

The parents of a student whose teacher says she was bullied by students when they learned she was gay say they support the school district's response to the situation and believe it was the teacher who infringed on their daughter's right to free speech.

"As far as we're concerned, we back the school district 100 percent," Lane Patton, whose step-daughter Averee was one Amy Estes' students. "She shouldn't have her sexual preferences pushed on you and our religious views shouldn't be pushed on anybody else."

Last week, Estes, a middle school teacher at Spring View Middle School in Rocklin, said she had to go on mental health leave after her students cyber-bullied her when they learned she was gay -- something she had never addressed in class. Estes said she did not feel safe and supported by her school administration, which she had hoped would address her concerns and organize a school-wide lesson on tolerance.

After that story aired, Patton and his wife Karin reached out to ABC10 hoping to share their side of the story. They say the school is a safe space and that LGBTQ issues and beliefs should not be addressed in school.

Parents whose daughter had the Rocklin teacher who went on mental health leave after being bullied by students when they learned she was gay are now sharing their side of the story. They say they support the district & believe LGBTQ issues should not be addressed in school @ABC10 pic.twitter.com/yRy9lzPT4q

"Because we don't believe in it doesn't mean it's hate speech," Karin Patton said. "It's not hate speech to say what we believe."

Patton's 14-year-old daughter Averee explained that earlier this year Estes assigned her English class a project to describe their own Utopian society. Averee created three laws for her project, which she shared in a class presentation.

"I made my rules no abortion, no racism and no gay marriage," Averee said.

A written portion of the project also included comments that Estes believed to be offensive and disparaging towards gay marriage.

"She told me it was disrespectful and I should have reworded it differently," Averee said. "I had gone over it with my family and their said it was OK."

Not long after that incident is when Estes went on mental health leave. While she says the school district wasn't supportive, the Pattons believe it's Estes who abandoned them.

"Ms. Estes quit and walked off the job," Lane Patton said. "And Averee, her exact words were, 'We felt like we got abandoned.'"

Estes says it's not her student's individual belief about gay marriage that led her to take a leave of absence but rather a series of events and the reactions that followed.

"I recognize people have different beliefs," Estes said in an interview with ABC10 last week. "But in a school system, especially in a public school, they have the responsibility to create a place where everyone is safe."

"We respect the rights and diversity of everyone in our RUSD family. However, since this matter involves the potential for litigation, we can't respond further."