Those who were killed and wounded are honored and remembered in a ceremony at the Ft. Hood Memorial in Killeen. 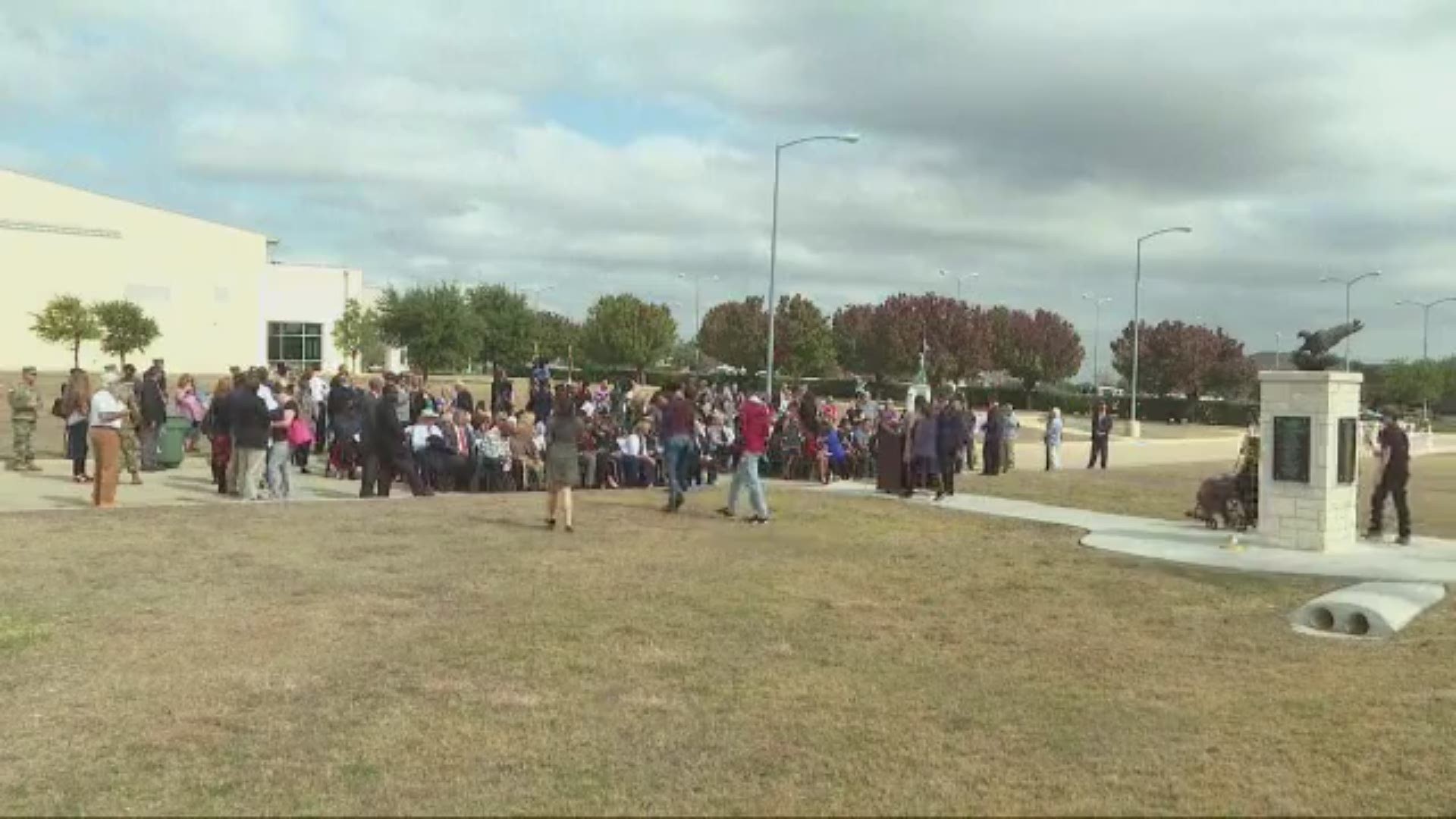 KILLEEN, Texas — It has been 10 years since the shooting on Fort Hood. Fourteen people were killed, including an unborn child, and 30 others were wounded in the worst domestic terrorist attack on a military installation.

Those who were killed and wounded were honored and remembered in a ceremony Tuesday at the Fort Hood Memorial in Killeen.

"We will have a representative, we hope, that stands by each one of the memorials here for their relative," former Killeen mayor, Timothy Hancock said. Hancock was on post at the time of the shooting for a graduation.

A moment of silence was observed at 1:20 p.m., the exact time the shooting began 10 years ago.

The names of those who were wounded were also read. Those in attendance sang "God Bless America."

1 / 13
november5memorial.com
CPT Russell G. Seager was killed in a mass shooting on Fort Hood on Nov. 5, 2009. It was the worst domestic terrorist attack on a military installation.

A family member of each fallen victim or a representative spoke about thier loved one at the ceremony.

Organizers said this is a chance to keep a promise made, following the shooting.

"Those soldiers that were involved in that incident, they were a part of this community," Hancock said. "Now they may not be from Killeen but they were stationed in Killeen."

Killeen Mayor Jose Segarra and Troy Kelley the man who designed the Fort Hood memorial also spoke at the ceremony.

Chip and Joanna Gaines to open hotel in Downtown Waco