WATCH: FedEx driver hits 13-year-old dog while dropping off package, then drives away

The dog, Milo, is expected to be all right, and the family tells WFAA that FedEx has agreed to pay for vet bills. 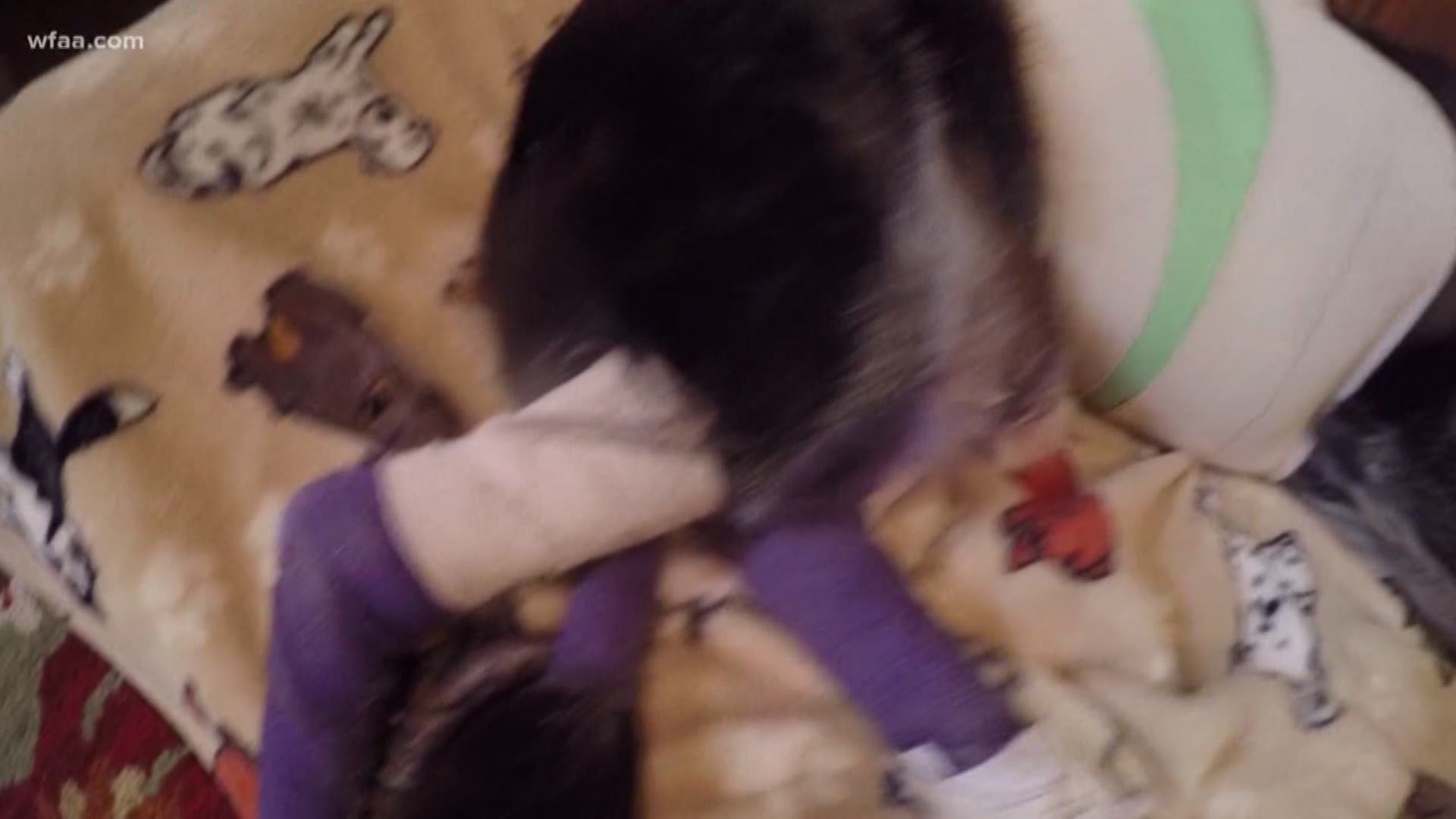 CADDO MILLS, Texas — A family dog in Caddo Mills is recovering after being struck by a FedEx delivery truck last Sunday.

The incident was captured on security footage as the driver pulled up to the family's home to drop off a package. FedEx has seen the video, but it has yet to reveal if the driver has been fired or disciplined.

The dog is a 13-year-old Border Collie named Milo, and he's in pretty rough shape.

Credit: Matt Howerton
Milo, a 13-year-old Border Collie, resting in his bed after being struck by a delivery truck.

"He was shaking and acting like he was in a lot of pain," Jenkins said. "We didn't know if he was going to be all right, because he wasn't walking and didn't seem like the same dog at all."

Milo's hind legs were severely torn up to their muscles and tendons. Part of his tail was cut to the bone, and he had suffered road rash that forced veterinarians to surgically remove dead tissue about the size of a softball from his abdomen.

"It's been really hurtful to see him go through all of this and a lot of disbelief," Jenkins said.

At the time, the Jenkins family didn't know what happened to Milo. But when they checked their security footage, they found out.

That Sunday, a FedEx driver could be seen coming down the Jenkins' 230-foot long driveway.

The Jenkins family owns several dogs, along with Milo, and they can be seen outside roaming free.

The family lives in a rural area of Caddo Mills, and like most who live in the country, the dogs are fitted with shock collars that keep them close to the house.

The driver goes all the way down the Jenkins' driveway, turns around, and as she's pulling forward toward the house you can see Milo get pulled under the front of the truck.

"At that point, she hits Milo," Jenkins said. "You can hear him yelp in the video and then he gets up and walks off."

In the video, you can see Milo limping away. The driver gets out of the car, checks the front of the truck, looks around, and then pulls forward to drop the package off at Jenkins' home.

A bloody skid mark that's about 43 inches long is still in the Jenkins' driveway.

Jenkins understands that the situation was an accident but told WFAA that the least the driver could have done is leave a note or knock on the door.

"I think most people with common sense or decency would have stopped and tried to at least knock or say, 'Hey I don't know for sure if there is a problem but I may have hit one of your dogs,'" Jenkins said.

Jenkins also contests that the driver could have gone down the driveway just enough to deliver the package, got out and walked, or just not delivered the package at all when she saw the dogs.

She filed a claim with FedEx and told WFAA the company said it would pay for Milo's vet bills after she forwarded the video.

FedEx didn't confirm that to WFAA, but did send the statement below:

“We extend our deepest apologies to the Jenkins family whose pet was involved in this accident. We take this situation very seriously and are working directly with those involved. Safety is our highest priority and we will continue to take appropriate action.”

In WFAA's request for comment, FedEx was asked if the driver had been disciplined.

FedEx didn't touch on that in their response.

Jenkins said that bothers her, and fears the driver might do something similar again.

"We just want to know if she's been removed from this route," Jenkins said.

"She could show up at our house tomorrow."

As for Milo, he's expected to be OK. But for a dog that's 13, Jenkins wonders if this incident speeds up the time he has left with her family.

"When I adopted Milo I walked in and saw him asleep with his siblings, and I knew I had to have him at four months old," Jenkins said.

"He's just been a good dog for a long time. It's been devastating seeing something you care about so much in so much pain."