'Someone out there knows something': Family pushes to find missing 55-year-old Dallas man after car is found 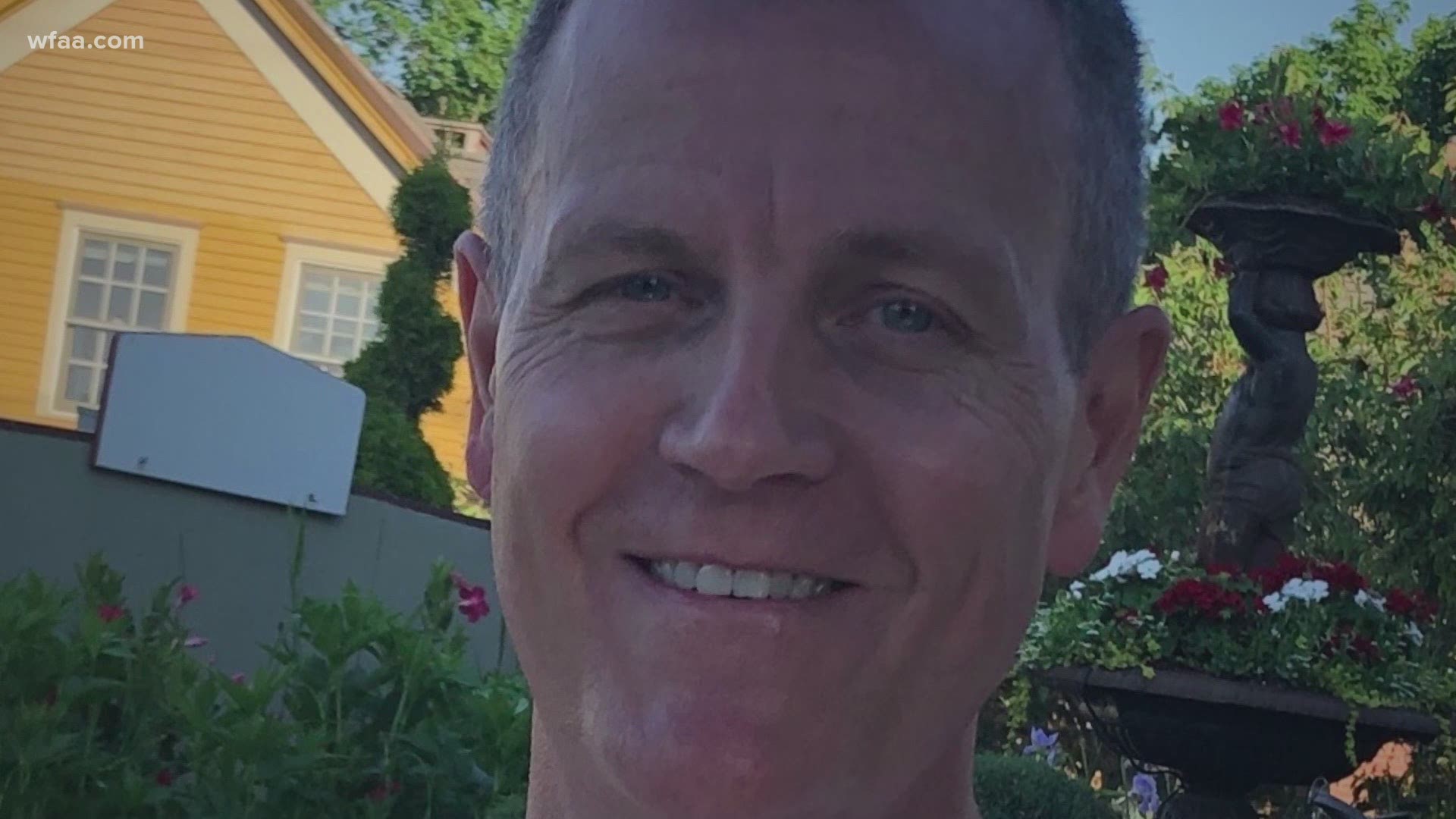 DALLAS — The family of a missing Dallas businessman is speaking for the first time since the car he was driving was located earlier this week in South Dallas.

KPMG executive Alan White went to work out at LA Fitness the morning of Thursday, Oct. 22 and hasn’t been seen since.

“Finding the car was a big plus, a major plus,” White’s brother Tim said. “They were going to start processing once they had the proper paperwork to do it.”

Alan was captured on video checking in to the LA Fitness on Haskell Avenue around 5 a.m. Oct. 22. He left roughly 40 minutes later.

No one knows what happened after he pulled out of the parking lot.

The family continues to plead with the community to help them find White.

“We know that someone out there knows something about him, and we just want him home safe and sound,” White added. “If someone has taken him or has done something with him physically, and he’s no longer around, we’ll have to deal with that, but we just want to find him.”

White’s family said they have been grateful for the work of the Dallas Police Department.

“The amount of stuff that they have coming in, even just the missing person’s group, they handle child truancy, to endangered runaways, silver alerts, blue alerts, but they did say they are putting a big push on this,” White added. “We were very comfortable with the police yesterday, with how they presented everything to us.”

Dallas police are still searching for Marisela Botello, a Seattle woman who hasn’t been seen since the last day of her Dallas vacation last month. On Thursday, they said they were looking for a person of interest in the case.

There is a $10,000 reward for any information leading to the whereabouts of Alan White.